The Scientist is the magazine for life science professionals—a publication dedicated to covering a wide range of topics central to the study of cell and molecular biology, genetics, and other life-science fields. Through innovative print articles, online stories, and multimedia features, the magazine explores the latest scientific discoveries, trends in research, innovative techniques, new technology, business, and careers. It is read by leading researchers in industry and academia who value penetrating analyses and broad perspectives on life-science topics both within and beyond their areas of expertise. Written by prominent scientists and professional journalists, articles in The Scientist are concise, accurate, accessible, and entertaining. We invite you to peruse our editorial policies concerning commenting, corrections, fact checking, ethics, and ownership.

As the VP, Group Publishing Director, Rob brings more than 25 years of experience managing successful B2B media organizations within the pharma and life science industries. He has served as sales director at BioTechniques, president of the BioScience Group at Informa Business Information, and publisher at Advanstar Communications and Thomson/Medical Economics. 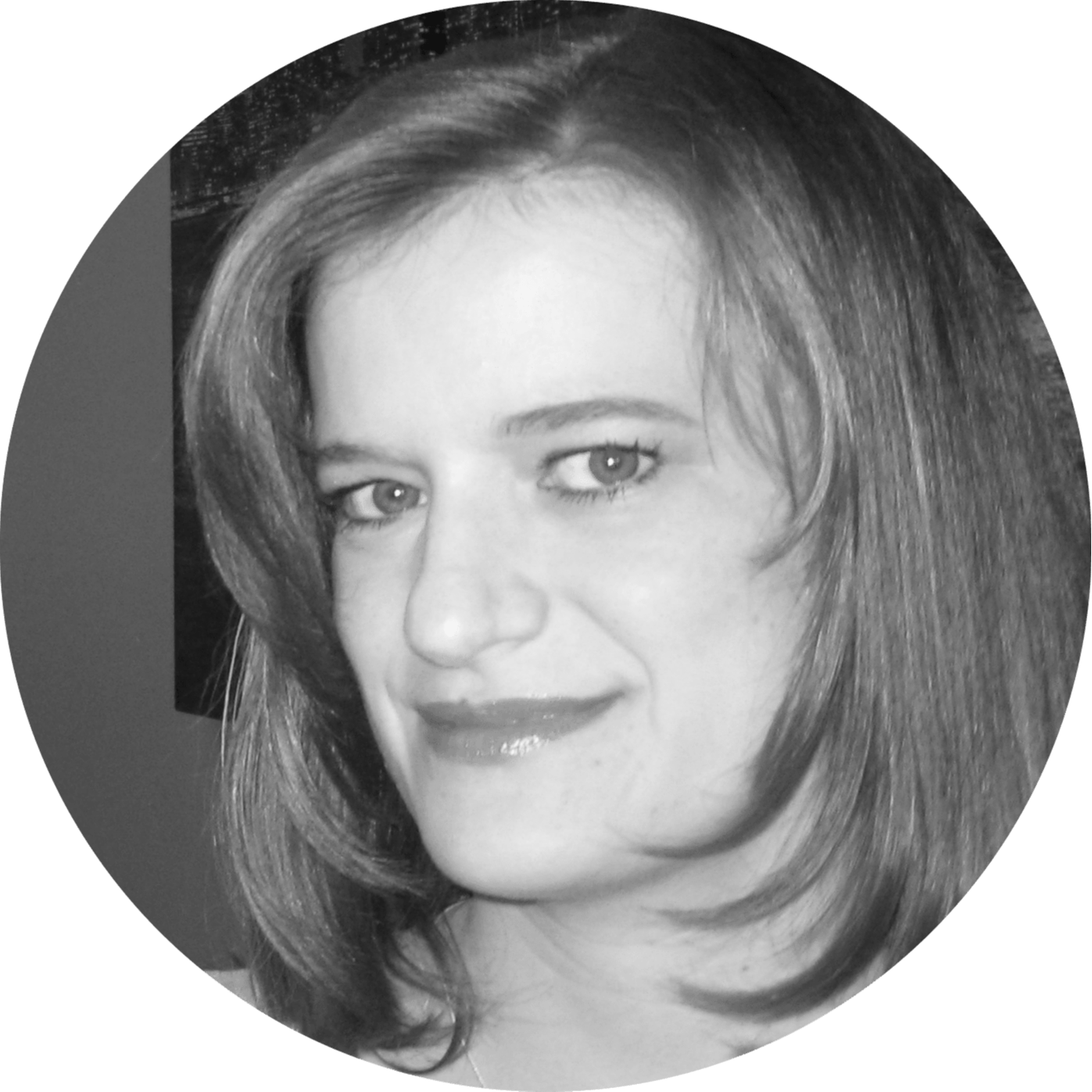 Kristie joined The Scientist in 2019, bringing 15 years of experience in scientific publishing to the role. Prior to that, she directed the news content, newsletters, and front matter material, wrote numerous features and stories, and managed peer review for the molecular biology methods journal BioTechniques for more than a decade. She has also served in public relations, communications, medical writing, and editorial roles. Kristie earned her PhD at the University of California, Los Angeles (UCLA) and conducted research at UCLA and at the National Institute of Environmental Health Sciences (NIEHS) on brain development and signal transduction in genetically-modified mouse models. 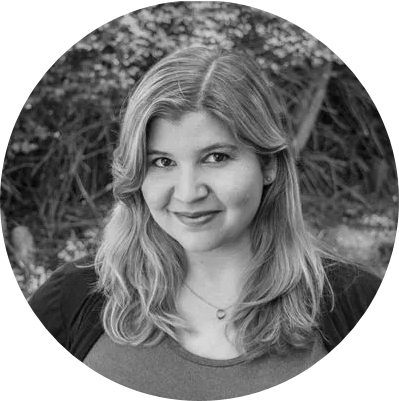 Christie was a well-established science blogger and writer when she was awarded a PhD in Cell and Molecular Biology from the University of Hawaii in 2014. A short two years later, she published her debut book Venomous: How Earth’s Deadliest Creatures Mastered Biochemistry, which received widespread acclaim, and after that, she fully left academia behind and established herself as a science writer and editor. She joined The Scientist in 2021 as newsletter editor, becoming senior editor in 2023. She now assigns, edits, and sometimes reports breaking news, opinion articles, and in-depth features for the website. 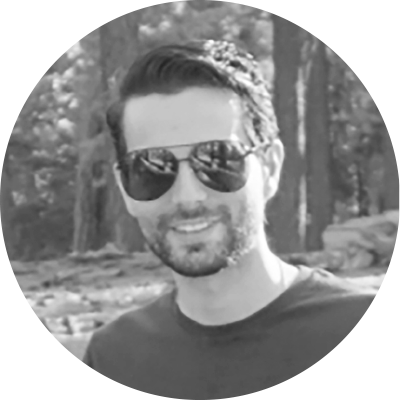 Dan joined the team at The Scientist in 2021. Ironically, Dan’s undergraduate degree and brief career in neuroscience inspired him to write about research rather than conduct it, culminating in him earning a master’s degree in science journalism from New York University in 2017. Dan’s work has appeared in CRISPR Medicine News, Undark, Popular Science, IEEE Spectrum, and elsewhere, and he spent several years as a senior reporter at Futurism.

Lisa joined The Scientist in 2017. As social media editor, some of her duties include creating content, managing interactions, and developing strategies for the brand’s social media presence. She also reports articles for the website and magazine. Lisa holds a degree in Biological Sciences with a concentration in genetics, cell, and developmental biology from Arizona State University and has worked in science communication since 2012. 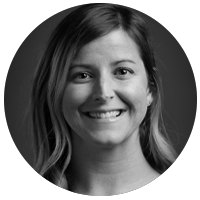 Ashley joined LabX Media Group in 2007 as the marketing coordinator, moving into an account manager position with LabX and Lab Manager shortly after. In November 2011, she became a senior account executive with The Scientist when the brand joined LabX Media Group. She has a bachelor of commerce honours degree from the University of Guelph in Ontario, Canada. 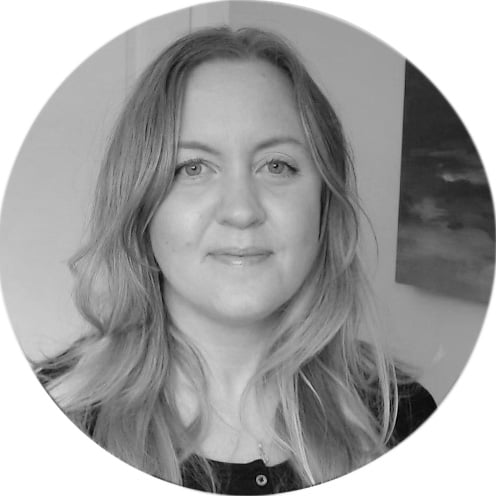 Anita started with LabX Media Group in July 2013 and worked as a Customer Account Manager for LabX.com. In April 2014, she joined the team at The Scientist. Anita graduated from the Journalism program at Humber College and studied Canadian History at York University in Toronto.

Karen joined The Scientist in April 2016. She has spent more than 15 years in the life science industry, working in several marketing and sales roles. Before joining the team, Karen worked as a director of sales and marketing for Proliant Biologicals, as well as a senior account executive at Biocompare. Karen received a bachelor’s degree in biology and a master’s degree in business administration from East Carolina University. 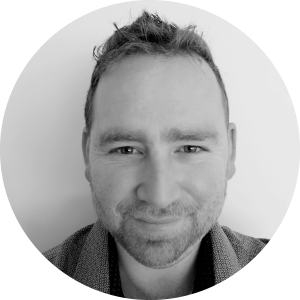 Jesse joined The scientist in 2022, he brings his passion for sales and marketing with his outgoing personality to whomever he can. Enjoying the opportunity to engage with his customer base and always listen to what they want/need. His past schooling of radio broadcast + business from Seneca York University & Ryerson University really helps him in today's busy world of communications! In his free time he enjoys sports, his two Labrador dogs and his growing Family! Looking forward to connecting with you and helping spread the word on your next project! 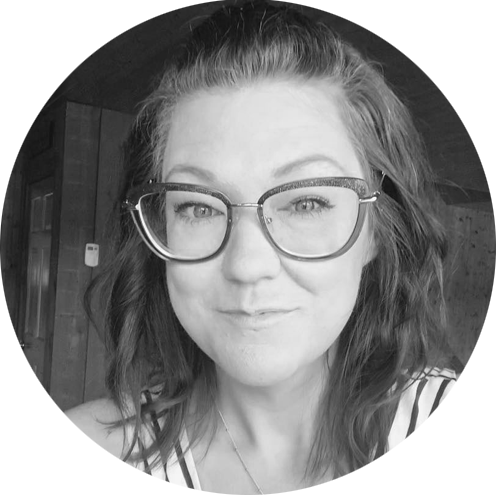 Amanda joined The Scientist in March 2019 as the Business Development Coordinator and has since advanced to Team Lead of Sales Operations. With a background in marketing, graphic design, and media sales, Amanda brings with her 15+ years in the industry and a degree in Art + Design. 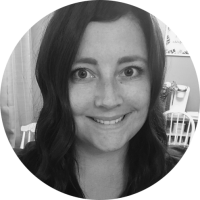 Mikaela joined The Scientist in July of 2021. Prior to coming to TS, she spent 10 years in the healthcare field in various positions. She has a bachelor's degree with honors in Sociology from Laurentian University and now resides in Angus, Ontario. When Mikaela is not at work, she loves to play soccer, and hockey, as well as spend time with her family (particularly her 2 nephews!) 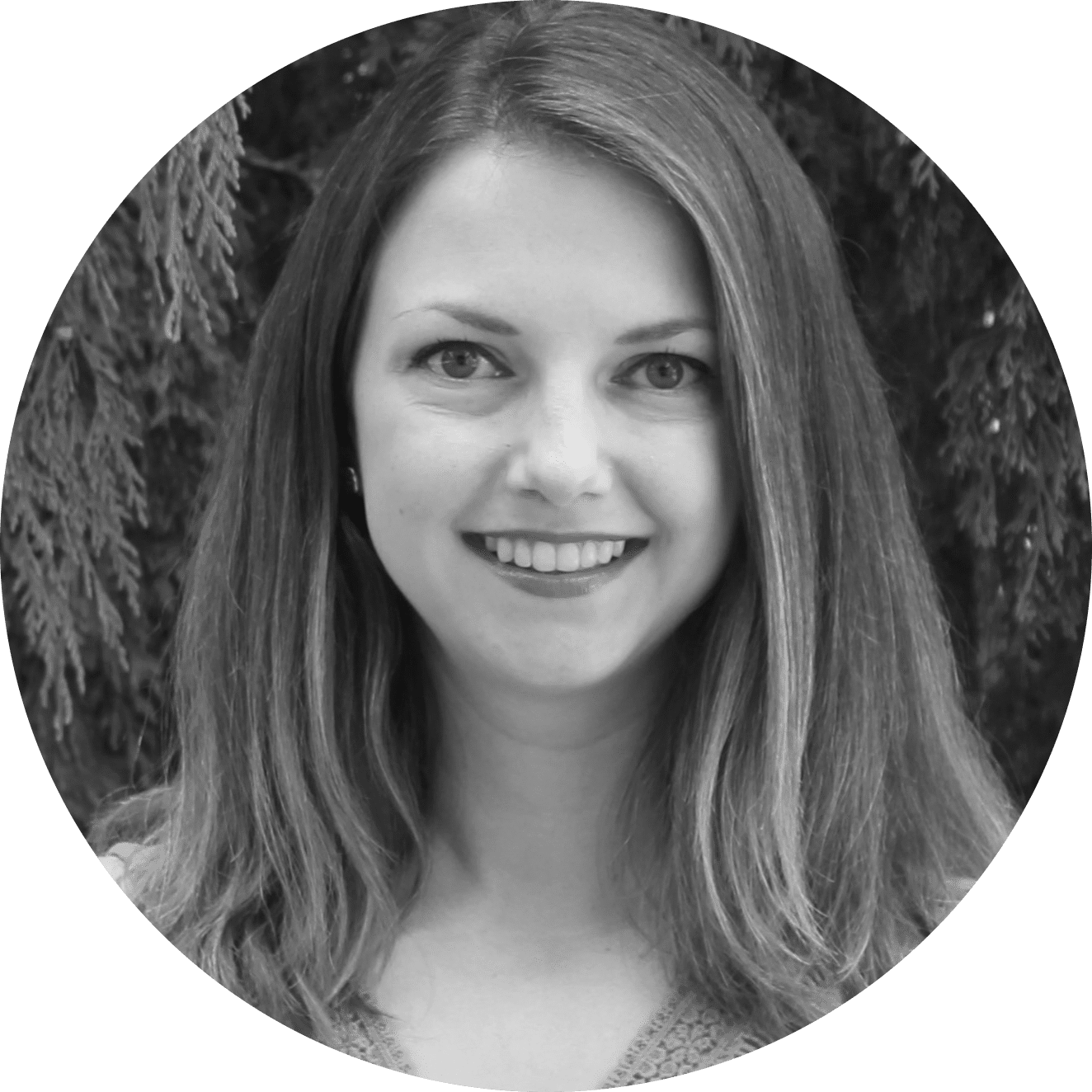 Niki earned her PhD in genetics and genomics from Duke University, where she studied membrane proteins responsible for Haemophilus influenzae infectivity. She shifted her research focus to mechanisms of Staphylococcus aureus virulence during her postdoctoral fellowship at the University of North Carolina - Chapel Hill. After various teaching and science communication experiences, Niki joined The Scientist's Creative Services Team in 2019. She is currently an associate science editor, where she leads content creation for the team. 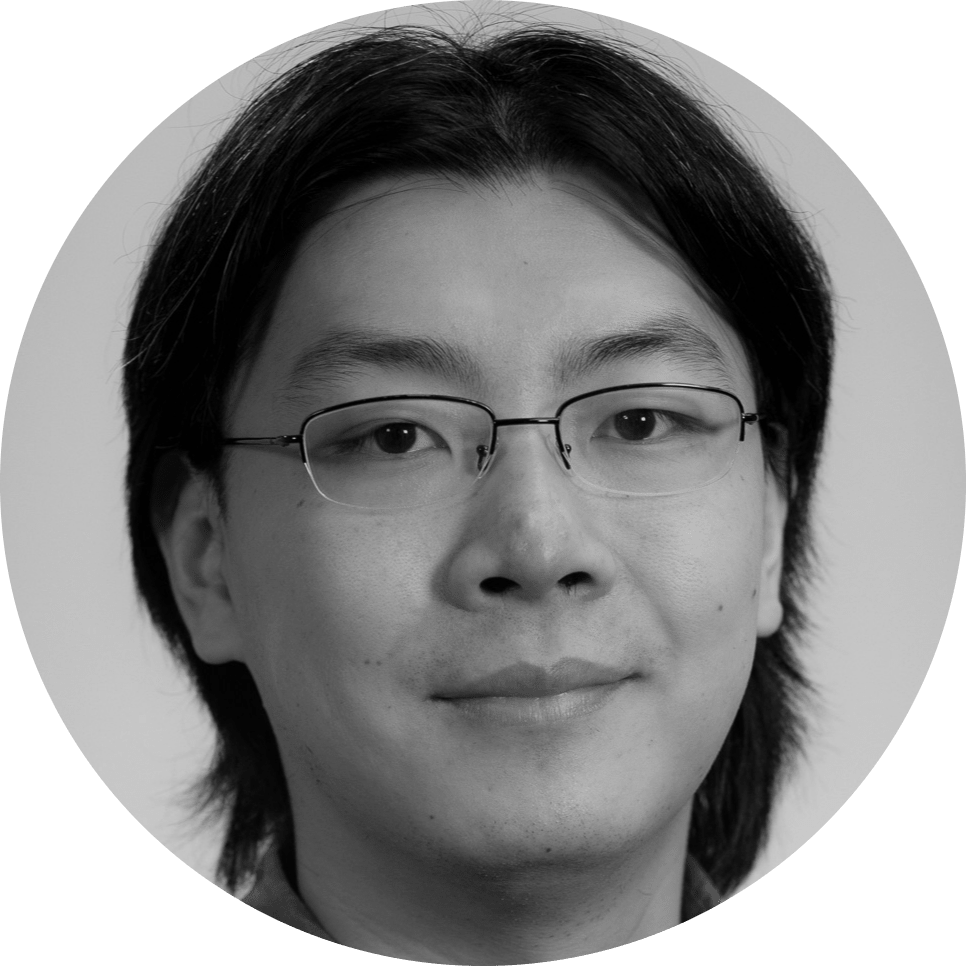 Nathan earned his PhD in physiology from Queen's University in 2013, where he investigated the role of inflammatory leukotriene pathways in exacerbating cardiac injury during myocardial infarction. He then completed a two-year postdoctoral training stint in Toronto's University Health Network, where he explored the effect of aging on stem cell effectiveness. Nathan joined LabX Media Group as an assistant science editor for The Scientist in 2016, and was promoted to associate science editor in 2018. He now leads the scientific services program, which offers editorial and design services directly to scientists. 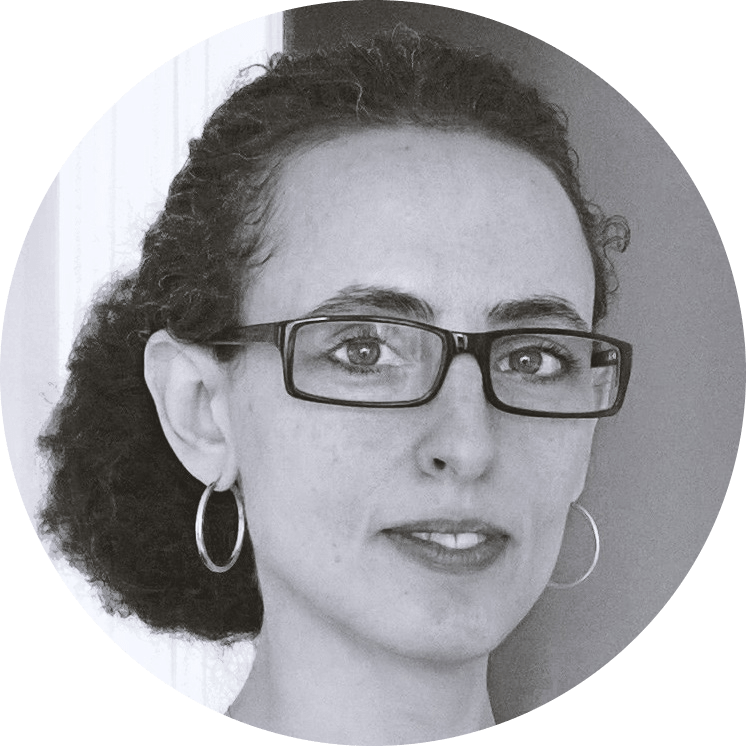 Iris, a neuroscientist by training and word surgeon by trade, is an assistant science editor with The Scientist's Creative Services Team. Her work has appeared in various online and print publications, including Discover Magazine, Medgadget, National Post, The Toronto Star and others. She holds a PhD in Medical Science and a Certificate in Creative Writing from the University of Toronto. Her left and right brain converse on a regular basis. Once in a while, they collaborate. 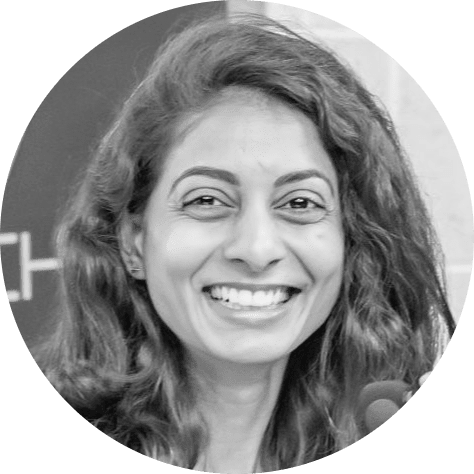 Sejal earned a PhD in neuroscience from McGill University in Montreal, Canada. During her graduate and postdoctoral training, she studied glia development and maturation and their role in sleep and circadian rhythms in Drosophila. She enjoyed communicating science with lay audiences and started blogging with Medium. She is actively engaged with open science and policy organizations and writes for preLights, an open science initiative by the Company of Biologists to review and highlight preprints. She joined The Scientist’s creative services team as an assistant science editor in May 2021. 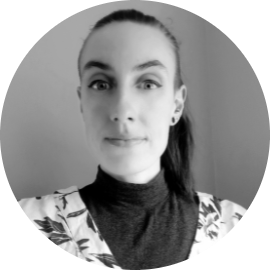 Deanna earned their PhD from McGill University in 2020, studying the cellular biology of aging and cancer. They have an endless curiosity about DNA ends (telomeres), and in addition to telomere research, Deanna has a multidisciplinary academic background ranging from chemistry to metacognition to microbiology. Deanna is a medical writer and budding science communicator. They joined The Scientist's Creative Services Team in 2022 as an assistant science editor.

Meaghan joined LabX Media Group with The Scientist team in June 2017 as a Social Media Coordinator. She has since advanced to Team Lead for the Creative Services Operations Team where she oversees operations procedures for The Scientist's  Creative Services Department. She studied English Literature and French at the University of Toronto and also, Marketing and Advertising at Georgian College. 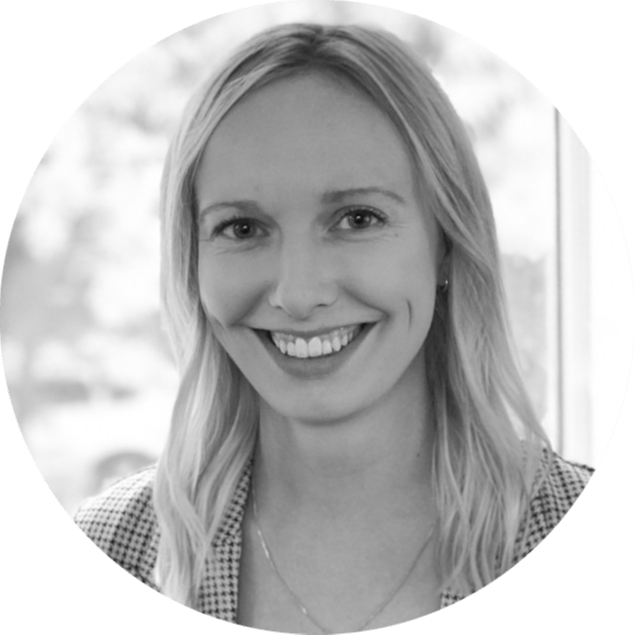 Sarah started with LabX Media Group in September 2017 as the Event Coordinator for The Scientist Events. In January 2021, she joined the webinars team, and is now the Operations Specialist. She studied Hospitality Management and also, Event Management at Georgian College. 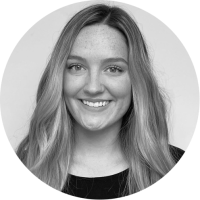 Addyson joined LabX Media Group in June 2021 as the Operations Coordinator for The Scientist. She graduated from the University of North Carolina at Wilmington receiving a Bachelor's Degree in Communication Studies with an emphasis on Integrated Marketing Communication. 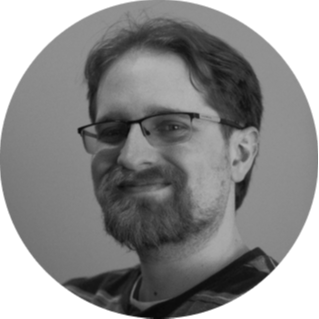 Alan joined LabX Media Group in February 2022 as the Operations Coordinator for The Scientist. He obtained a Bachelor's degree from Trent University in Ecological Restoration and a Master's Degree in Science Communication from Laurentian University.

Greg joined LabX Media Group (LMG), which publishes The Scientist, in April 2008. Before coming to LMG, Brewer studied advertising and graphic design at Humber College in Toronto in 2000. Brewer has taken on numerous creative roles, designing elements for many of the company’s brands and heading up custom projects for advertisers. He now resides in his hometown of Midland, Ontario. 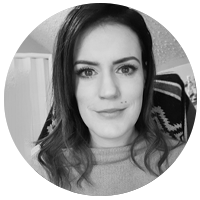 Erin joined The Scientist in September 2012. Prior to coming to TS, she was a junior graphic designer at Fizzz Design Corp. in Toronto, Canada. She has a bachelor's degree in graphic design from OCAD University, and now resides in her hometown of Midland, Ontario. 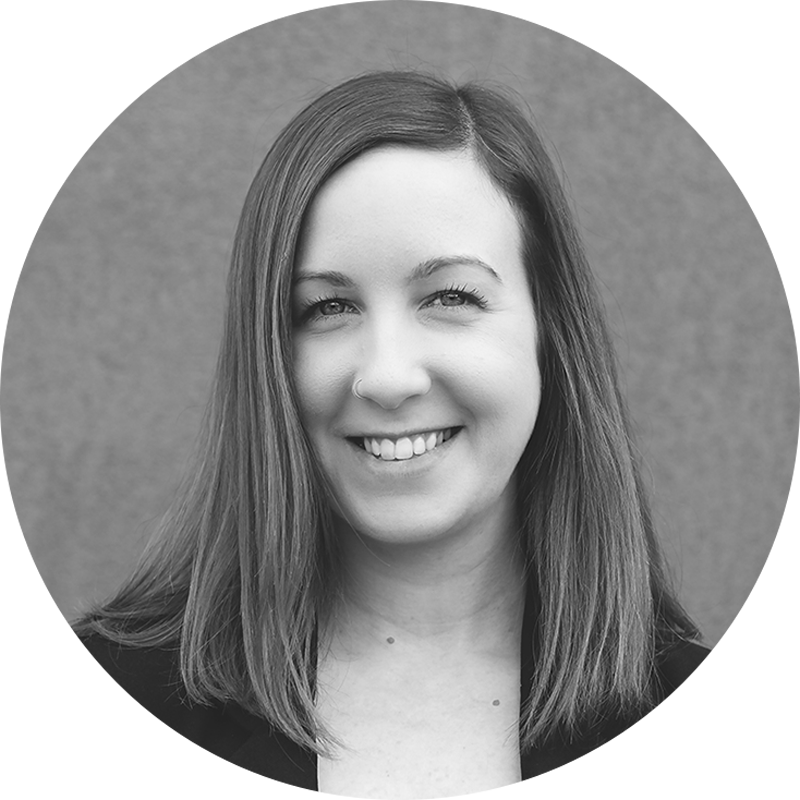 Ashleigh joined LabX Media Group in September 2019. She works alongside the company’s brands to create custom content and formats The Scientist publication for our digital audience. Ashleigh graduated with a certificate in art and design fundamentals and an advanced diploma in graphic design from Georgian College in Barrie, Ontario. 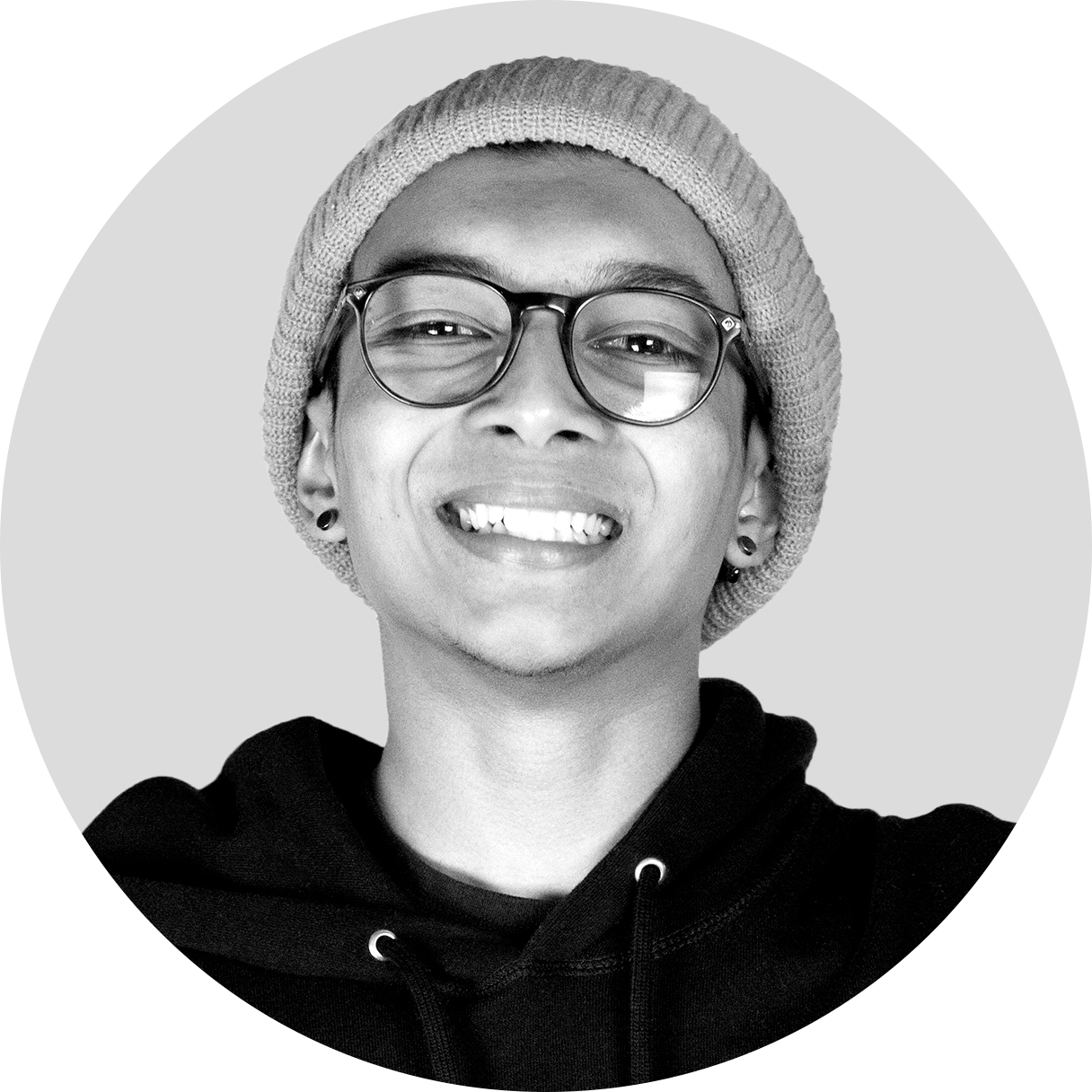