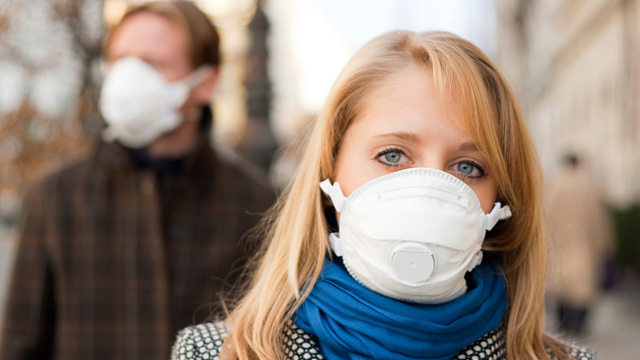 In 2001, the Center for Strategic and International Studies (CSIS) and the Johns Hopkins Center for Civilian Biodefense Studies coordinated a 2-day terrorist attack simulation using the smallpox virus, called “Dark Winter.” The predicted result: up to one million people would die within weeks. Similarly, an analysis by the National Security Council in November 2009 estimated that a biological attack could leave “hundreds of thousands of people” at risk of death. Of course, all these estimates are iffy, and the CSIS-Johns Hopkins prediction in particular was based on a relatively high transmission rate of 10 new infections by each victim—a figure that depends on unpredictable factors such as the weather, time of year, social interactions, and each victim’s genetic makeup and health. Nevertheless, there is little dispute that the use of biologic agents, like smallpox or the Ebola virus, as weapons is among the biggest threats haunting military...

To prepare for such potential attacks, the US Department of Defense started a special program in 2006, called the Transformational Medical Technologies Initiative, to seek broad-based “medical countermeasures” to such weapons. But there’s a catch: the Pentagon has no way to determine whether these countermeasures actually work.

Obviously, if you’re going to do efficacy studies, you’re not going to do those on Ebola in humans, because it’s too lethal. -Neil Goldsmith, Evolva cofounder and CEO

As with all medications, antibioterror drugs can be tested for safety on healthy human volunteers—after thorough preliminary experiments and animal trials, of course. They can also be tested for effectiveness on animals that are deliberately infected with the disease, under a special rule of the US Food and Drug Administration, issued in 2002. However, as the FDA rule acknowledges, “Adequate and well-controlled efficacy studies in humans cannot be ethically conducted because the studies would involve administering a potentially lethal or permanently disabling toxic substance or organism to healthy human volunteers.”

“Obviously, if you’re going to do efficacy studies, you’re not going to do those on Ebola in humans, because it’s too lethal,” says Neil Goldsmith, cofounder and CEO of the Swiss-based biotech Evolva.

So Goldsmith and his colleagues have devised a back-door solution: an influenza drug that, in theory, also ought to work against Ebola, and perhaps other fatal viruses, because it targets the mechanism of the body’s immune response to viral attack, rather than focusing on any specific virus. With authorization from the FDA and a $27 million, 5-year grant from the Pentagon’s Defense Threat Reduction Agency (DTRA), Evolva is almost ready to begin clinical trials with influenza patients.

“We are using the influenza trials to gain information, and we can use that to build the Ebola case,” explains Evolva president and cofounder Alexandra Sorensen.

Founded in 2004 near Basel, Switzerland, Evolva has about 100 employees and 10 widely varying projects under way in crop protection, flavorings, and other food-related areas, as well as drugs. All of the research uses the same scientific platform: ordinary baker’s yeast that is injected with artificial chromosomes—created by Evolva using plants, animals, and fungi—in one billion different combinations. Of those billion “souped-up” yeasts, as Goldsmith dubs them, no more than 10,000 will show enough promise to move on to the next stage of research, where they will be subjected to a new set of trial-and-error experiments until one yeast happens to produce a substance that hits the desired target. At that point, Goldsmith says, “we identify what new molecule these yeasts are making. We can also find the genes the yeast has used to make it.” The first product to hit the market, possibly as early as 2014, is expected to be a vanilla flavoring molecule, which the company has created by concocting a chromosome combination that mimics the mix of ingredients that occur naturally in the vanilla orchid. But the one that has drawn the Pentagon’s interest as a bioterror antidote is a drug called EV-077.

EV-077 blocks the thromboxane (TP) receptor, a G protein–coupled receptor found on the cell surfaces of many different human tissues that performs a variety of functions. In patients with type 2 diabetes, for instance, an excess of metabolites called prostanoids, including thromboxane, causes the receptor to signal the extreme aggregation of platelets in the bloodstream, increasing the risk of heart attack and inflammation. Indeed, EV-077 is now being tested in diabetics, with Phase I safety trials on healthy individuals successfully completed this summer in Germany. A small side study of participant blood samples also indicated that the drug may enhance the ability of aspirin to inhibit platelet aggregation. The company hopes to start Phase II trials on diabetes patients in Germany this year.

The potential for fighting viruses such as influenza and Ebola comes into the picture because of the TP receptor’s secondary role in immunity. When the body’s immune system is working properly, antigen-presenting cells and T cells interact to fight off a viral attack. Scientists believe that some viruses and other pathogens can interfere with this immune response by inducing increased synthesis of thromboxane A2 (TXA2), which in turn stimulates TP receptors expressed in immune cells, somehow inhibiting the interaction of the two cell types. In animal tests published last February, EV-077 reduced the effects of TXA2 on the TP receptor, and animals receiving EV-077 after exposure to the flu virus had fewer symptoms than those given the standard medication, Roche’s Tamiflu. The FDA has approved safety trials on about 20 healthy individuals, which Evolva will eventually follow up with efficacy studies in influenza patients.

But even if the compound proves effective against the flu, there is one big question remaining: will it also work against other viruses—in particular, Ebola? Although Ebola and influenza attack different aspects of human physiology, Evolva scientists say that part of the innate human immune response to both is to increase expression of TXA2. Thus, it may be possible that the drug will be effective against both pathogens, and that maybe—just maybe—the flu results can be transposed lock, stock, and petri dish to Ebola. Evolva scientists are working to develop a drug that can be tested on influenza patients, but also used against Ebola in the case of a bioterrorist attack.
COURTESY OF EVOLVA

Evolva is hardly the only company working to fight Ebola—and some of them are further along than Evolva. A Canadian biotech called Tekmira Pharmaceuticals Corp., for example, has a $34.7 million, 3-year Department of Defense contract for research into attaching small interfering RNAs to three crucial Ebola genes—one that copies the virus and two that interfere with the host’s immune response. In 2010, working with scientists from Boston University, Tekmira successfully tested two different dosings of the treatment on rhesus monkeys infected with Ebola. Two of the three monkeys that received a four-dose regimen, and all four monkeys receiving seven doses, survived infection with Ebola virus, whereas all untreated animals died.

In addition, researchers at Thomas Jefferson University Hospital in Philadelphia say they’ve developed a vaccine against both rabies and Ebola that worked in mice, building on an already-available rabies vaccine. And Arizona State University researchers just last month published a report that they had developed a vaccine that protects mice against lethal Ebola infection.

The long road ahead

However, all of these compounds take the traditional approach of attacking a particular virus, rather than viruses in general, and thus they cannot be ethically tested on humans for efficacy against lethal pathogens. That’s the big advantage to Evolva’s strategy—there’s no shortage of flu patients on whom to test EV-077’s effectiveness.

Moreover, testing the effectiveness of EV-077 for ailments such as diabetes could smooth the path to FDA approval, says Alan Rudolph, director of the chemical and biological technologies in the Pentagon’s DTRA. “We can get the FDA comfortable with a new technology for a first indication that has broad applications, then follow up with an indication that has a more specific use against threat agents.”

Finally, the prospective market for EV-077 as a flu medication—which Goldsmith estimates in the “high hundreds of millions of dollars” annually—would give Evolva a business incentive to proceed. After all, even Goldsmith admits there isn’t much money to be made selling an anti-Ebola drug for the Pentagon to stockpile.

But there’s still a long road ahead for EV-077. Despite the promising beginning, it will likely take another 6 years and dozens of trials before EV-077 is approved as a bioterror antidote—and that’s if all goes well.

First, the drug may not work, either against flu in humans or Ebola in animals. The industry well knows that only about 10 percent of the compounds that optimistically start down the path of clinical trials ever make it to market. And even if all the human-flu and animal-Ebola results are great, there is still the lingering question about the basic tenet of Evolva’s approach: whether those results will translate into a preventive for Ebola in humans. “Animals have a very different set of susceptibilities to different infections,” points out Jonathan Kimmelman, an associate professor of biomedical ethics at McGill University in Montreal. “All the time, drugs work miracles in animals, and they flunk their test in humans.”

Yet the traditional alternatives aren’t any better. Testing an Ebola treatment on cell cultures or via computer modeling would be even more removed from human reality than animal trials. Scientists could wait for an outbreak to occur naturally, but those are—fortunately—rare, and usually occur in remote locations where it’s not easy to organize a randomized clinical trial on short notice. Plus, the living conditions in these locales are a far cry from those of New York City subway riders, which could render any trial as unreliable as animal tests. “They may have a different diet that interacts with the drug. They may have different kinds of illnesses that change the way the drug works,” Kimmelman points out.

Thus, for all the hurdles, Evolva may hold out the best hope for a testable Ebola treatment. Though “you probably wouldn’t be able to say [EV-077] works on all viruses,” the approach Evolva is taking may be the closest science can come to securing a successful treatment in case of a bioterror attack, says Nancy M.P. King, a professor of social sciences and health policy at the Wake Forest University School of Medicine.

And the US government has acknowledged the need to do something. In a report released last year, the presidential Commission on the Prevention of Weapons of Mass Destruction Proliferation and Terrorism gave the government an “F” on its efforts to “enhance the nation’s capabilities for rapid response to prevent biological attacks from inflicting mass casualties” and a “C” on its work so far to “strengthen domestic and global disease surveillance networks.”

“We can no longer afford to develop products for specific agents,” Rudolph says. “There are too many threats, the threats are too dynamic, and we don’t have the time or money to develop specific products.”