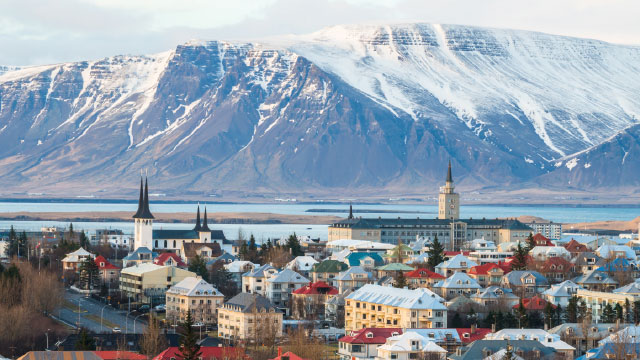 A few years ago, Brian Durie and his colleagues at the International Myeloma Foundation (IMF) identified a problem. They knew that people who develop multiple myeloma previously had its benign precursor, a condition known as monoclonal gammopathy of undetermined significance (MGUS). But they also knew that most doctors don’t routinely screen for this condition, in which plasma B cells harmlessly produce an abnormal peptide called M protein. As a result, most cases are never diagnosed unless patients develop multiple myeloma or related diseases. (Progression to malignancy is not inevitable, but some estimates put the risk as high as nearly 40 percent over a lifetime.)

“To have a chance to cure the disease, you really need to be able to intervene in patients who have early disease,” explains Durie, IMF’s cofounder and chairman. And because only about 1 percent of people with MGUS will go on to develop the...

Given the low rates of MGUS diagnosis, researchers have struggled to study this transition. But in 2015, after discussions with other scientists working on myeloma, Durie and his colleagues hit upon a potential solution. “We were in touch with researchers basically all around the world,” he says. At some point, “it emerged that Iceland could be a very good place to achieve some of our goals.”

With a tiny population—only around 320,000 people as of 2013—plus the most detailed national medical and genetic databases of any country in the world, Iceland offered a unique experimental setting. “One of the main advantages of Iceland is that we can detect and document all the people with MGUS,” Durie explains. “If, by studying them closely, we can figure out which ones are going to get myeloma, then that gives us the opportunity to intervene precisely, early on, and provide a cure.”

Teaming up with University of Iceland epidemiologist Sigurdur Kristinsson, the IMF launched a nationwide MGUS screening study last November. Since then, Kristinsson and his colleagues have been travelling around the country, which reports around 20 new cases of multiple myeloma per year, encouraging all of the roughly 140,000 Icelanders older than 40 years of age to take part. With more than 75,000 people registered and nearly 20,000 blood samples as of mid-April, the project is already the largest myeloma study every conducted. “The process is incredible,” says Durie. “It’s been going amazingly well.”

The project’s early progress is unlikely to come as a surprise to researchers already familiar with biomedical research in Iceland, however. The island country’s unique combination of high participation rates, genealogical tradition, and sophisticated medical infrastructure provide a living lab like no other, allowing scientists studying any number of conditions to connect the dots between genes, environment, and disease. And with the help of the country’s biopharmaceutical powerhouse and Amgen subsidiary deCODE Genetics—a trailblazer in exploring human variation over the last two decades—researchers are hoping to turn these resources into effective therapies for people all over the world.

Icelandic sagas, then and now

Iceland was settled by Norwegian and Celtic explorers in the 9th century—many millennia after much of the rest of Europe. The country’s population has remained relatively small ever since, thanks to geographic isolation, a harsh environment, and a series of genetic bottlenecks caused by two waves of plague during the 15th century, a spate of smallpox in the early 1700s, and a devastating volcanic eruption in 1783. As a consequence, the island has one of the most genomically homogenous populations in Europe.

“In that setting, where lots of people are very similar genetically, it’s easier to pinpoint a variant that’s disease-causing in some way,” explains Julia Wilson, associate director of the Wellcome Trust Sanger Institute.

In that setting, where lots of people are very similar genetically, it’s easier to pinpoint a variant that’s disease-causing in some way.—Julia Wilson,
Wellcome Trust Sanger Institute

But it’s not just Iceland’s unusual demographics that get researchers excited. The country also has one of the oldest genealogical traditions in the world, dating back to the 12th century, when Icelandic priest Ari the Wise traced the country’s history, including its family trees, in a tome called Íslendingabók—the book of Icelanders. Since then, church records and censuses have kept track of births, deaths, and marriages, resulting in a detailed and ongoing picture of Icelandic ancestry.

This tradition received a modern makeover in 1996, when Icelandic geneticist Kári Stefánsson founded deCODE Genetics and curated all available genealogical information into a single online database, also called Íslendingabók. Accessible by anyone with an Icelandic social security number, the database proved popular among members of the public as well as scientists. By the mid-2000s, it was recording more than 1,000 log-ins per day, and in 2013, deCODE launched an app allowing users to determine their relatedness to any other Icelander—complete with an “incest alarm” feature.

But the real research power of these genealogical data comes about through integration with two more databases, also assembled by deCODE. One details genetic information collected from biological samples of more than 100,000 citizens; the other stores medical records of people participating in related research projects, collected from national registries. “Every single cancer that is diagnosed in Iceland is centrally registered,” Kristinsson explains. “And all medical procedures, clinical diagnoses, prescriptions—they’re all registered too.”

Of course, such data volumes would be impossible without the participation of Icelanders themselves, and it’s here that an additional benefit of Iceland’s close-knit community plays the biggest role, with information about health initiatives spreading quickly and contributing to research participation rates that far exceed the rest of Europe. “Everyone here watches a single TV news channel,” says Kristinsson, who appeared on the news and at a subsequent press conference with Icelandic president Guðni Jóhannesson to publicize the IMF’s work last year. “When something happens here in Iceland, everyone is aware of what’s going on.”

The last two decades have seen an outpouring of research from Iceland, both documenting variation in the genomes of its inhabitants and laying the groundwork to develop effective therapeutics for genetic disorders. Much of this research has been driven by deCODE Genetics. “We have looked at all kinds of diseases, but also physiological function, hair color, height, weight,” says Stefánsson, who serves as deCODE’s CEO. “I think the fact that we have gathered very large amounts of data—longitudinally and horizontally—gives us a tremendous advantage, because we have been able to proceed without having too many a priori assumptions.”

BANKING ON ICELAND: Researchers at the International Myeloma Foundation in North Hollywood, California (left), in collaboration with the National University Hospital of Iceland, store thousands of blood samples from Icelanders in a collection of freezers (center), testing the samples with automatic blood analyzers (right and far right) for genetic variants that might be linked to the risk of developing of multiple myeloma.ALL PHOTOS COURTESY OF IMF

In 1998, recognizing the potential of deCODE’s approach for the discovery of novel drug targets, Basel, Switzerland–based Hoffman-La Roche poured $200 million into the fledgling company with the aim of developing gene-based therapies for 12 common disorders. And in the early 2000s, deCODE invested in its own diagnostics and drug development, even advancing one therapeutic for cardiovascular disease—based on company researchers’ discovery of genes associated with heart attack risk—as far as Phase 3 trials.

The journey has not been without fits and starts, however. In 2006, the company suspended its heart drug trial over efficacy concerns, and began working to improve the formulation of the tablets being given to patients. But shortly after the 2008 financial crisis, deCODE was forced to declare bankruptcy, and the study was never relaunched. In the following years, the company suspended its drug-development programs altogether and backed away from providing personalized genetic tests. In 2012, U.S.-based Amgen acquired deCODE for $415 million in cash.

Since then, the Icelandic portion of Amgen’s research has generated a constant stream of high-profile genetic discoveries as well as new diagnostics and therapeutics. One of deCODE’s key commercial findings was a genetic variant in a handful of Icelanders that disrupted the BACE1 enzyme pathway and conferred lower risk of Alzheimer’s—confirming the protein as a viable drug target (Nature, 488:96-99, 2012). “The mutation carries almost complete protection against Alzheimer’s,” says Stefánsson. “It basically showed the industry: if you succeed in making a good inhibitor, you will slow down and even prevent Alzheimer’s disease.”

And just last year, Amgen announced that deCODE had identified a loss-of-function variant of the ASGR1 gene that reduces the risk of heart attack by nearly 35 percent (New Engl J Med, 374:2131-41, 2016). Amgen is already developing an inhibitor for the gene product, and the company’s chief of R&D Sean Harper told Forbes shortly after the discovery that, barring major mishaps, the team was hoping to get a candidate drug to the clinical testing stage within two years.

DeCODE researchers regularly collaborate with numerous Icelandic research organizations, such as the Icelandic Heart Association and Landspítali University Hospital in Reykjavik. Earlier this year, an Icelandic team published the results from an analysis of whole-genome sequence data from more than 15,000 Icelanders, identifying large-scale diversity in DNA sequences missing from the human reference genome, as well as another genetic variant linked to risk of heart attack (Nat Gen, 49:588-93, 2017). And in 2015, deCODE researchers and collaborators all over Europe published four papers in a special issue of Nature Genetics describing, among other things, mutations in ABCA7 associated with increased Alzheimer’s risk and a rare genetic variant of MYL4 that predicts early-onset atrial fibrillation.

As with deCODE’s previous findings, these studies open new avenues for pharmaceutical companies looking for ways to understand and target disease. “There are many such examples showing how working on genetics can empower the development of new drugs,” says Stefánsson, adding that “there are probably 100 diseases we aspire to make a contribution to before the end of this year.”

With such an outpouring of biomedical results, it’s little wonder that some organizations have attempted to replicate Iceland’s research recipe elsewhere. As early as the 2000s, genetic pioneer Craig Venter reportedly tried to launch a company modeled on deCODE to sequence the genomes of the Saudi Arabian population, though the project fell through due to privacy concerns surrounding the commercial export of DNA data from the country.

But despite the advantages of the Icelandic approach, there are also limitations associated with the very features that make it so informative—particularly when it comes to testing the gene-based therapies themselves. “I’m not sure that Iceland is a particularly good place to conduct clinical trials,” says Stefánsson. “You usually want to conduct trials in a relatively heterogeneous population so you can make a claim that the beneficial effect of the drug you’re trying is not specific to a particular population.”

“You’re looking at a large cohort of very similar people,” agrees the Sanger Institute’s Wilson. “It means that findings you get may not extrapolate to a sub-Saharan African population, or a Bengali population, for example.” What’s more, Iceland’s small population might simply not provide enough data, she adds. “Particularly for complex diseases, such as bowel disease, where multiple genes are involved, you need to be analyzing huge data sets to pinpoint variants.”

Nevertheless, Durie argues that the results generated in Iceland will inform research into human genomic variation around the world. In the IMF’s work on myeloma, for example, “it’s difficult to replicate these studies elsewhere,” says Durie. “But I think what’s more important is that the information that’s gathered in Iceland can be extrapolated, and then applied globally. It’s a unique testing environment in which we can gather information we can then use everywhere.”

For most Icelanders, this is a responsibility borne with pride, says IMF study patron and former Icelandic president Vigdís Finnbogadóttir, who has been a lifelong supporter of the country’s progress in medical research. “I’m extremely proud,” the octogenarian tells The Scientist. “And I think if Icelanders can contribute to the health of the world, I’m more than proud. I’m grateful.”