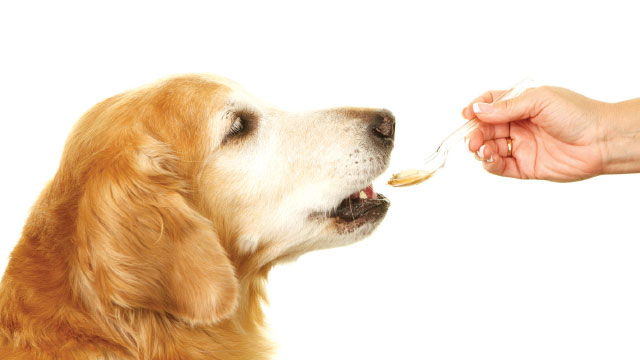 Around Christmas 2010, University of Minnesota researcher Mark Suckow received terrible news: his family’s twelve-and-a-half-year-old Labrador retriever, Sadie, had squamous cell carcinoma that the vet deemed fatal. But Suckow’s children refused to accept that outcome—their father, after all, was both a trained veterinarian and an expert on tissue-based cancer vaccines. Couldn’t he make one for Sadie? Although his research was in rodent models, he agreed to give it a try. Using a harvested bit of Sadie’s tumor, he created a vaccine by breaking the tumor down into individual cells, inactivating them with a fixative, and mixing them with a bulking agent. Within a couple of weeks—soon after Sadie was injected with the second dose—the tumor stopped spreading and began to shrink. Sadie survived nearly three more years, passing away in 2013 from unrelated causes.

The success inspired Suckow and his student Ashley Kalinauskas to form Torigen to...

Torigen is just one of many new companies that are delivering therapies to our animal companions. In 2012, the fledgling field experienced a watershed moment when Pfizer spun out its animal health division as Zoetis. “Zoetis’s IPO spurred [investor] interest and helped create an ecosystem for smaller companies to raise capital,” says Mark Heffernan, CEO of Ireland-based NexVet, which focuses on monoclonal antibody therapies for pets. Zoetis remains a big player in the space, delivering pharmaceuticals for both livestock and companion animals to treat conditions ranging from infectious disease to pain. This year, just in time for the bang of the Fourth of July fireworks, the company released Sileo, a low-dose sedative to address canine noise aversion.

At the other end of the spectrum from the large and diverse Zoetis are smaller companies such as Torigen, built around individual types of therapies, and companies of intermediate size that have built a portfolio out of a variety of products originally developed for people. The result is a diverse and growing industry that continues to churn out new therapies for our pets. As of July, the US Food and Drug Administration (FDA) had already approved six new treatments this year for dogs alone—the same number approved for both dogs and cats in 2015. The USDA also approved two pet biologics in 2015. And Dorothy Brown, director of the University of Pennsylvania’s Veterinary Clinical Investigation Center, has noticed that companies originally aiming for human regulatory approval are increasingly interested in developing compounds for pets.

“A [pet therapeutic] industry has been established,” says Heffernan. “Now it’s up to us as the early-stage, leading companies to deliver.”

Because it can be financially risky to develop a treatment—for animals or humans—from scratch, many pet therapeutics companies are licensing, tweaking, and testing drugs and antibodies that have already been at least partially trialed for human use. “We like to say that we don’t develop any drugs for pets that have not already been tested in people,” says Richard Chin, CEO of northern California-based KindredBio, which develops small molecule drugs as well as biologics for cats, dogs, and horses.

At Zoetis, researchers take inspiration from projects in Pfizer’s human health division. In 2013, for example, the FDA approved a Janus kinase inhibitor for canine atopic dermatitis. The pet med, which blocks the cytokine signaling responsible for inflammatory reactions, was derived from a library of molecules that Pfizer researchers had been investigating for the treatment of human rheumatoid arthritis. Andrea Gonzales, Zoetis’s lead research scientist in dermatology, and her team confirmed the role of cytokine signaling in cell-based and animal models of atopic dermatitis, then tweaked the Pfizer compound to target the appropriate cytokines in dogs (Vet Dermatol, 23, Suppl. 1:2-104, 2012). The result was Apoquel, which stopped the itch within hours of treatment and was so successful that it was fairly quickly on back order, says Lisa Troutman, a supervisory veterinarian at the FDA Center for Veterinary Medicine (CVM). When Gonzales and her team sought to understand why Apoquel acted so quickly, they identified a specific target, cytokine IL-31, which they found in the blood of dogs with atopic dermatitis (Vet Dermatol, 24:48-e12, 2013). Based on this finding, they developed lokivetmab, a monoclonal anti-IL-31 antibody that was conditionally licensed by the USDA in 2015 for use in dogs.

Other companies look for drugs that failed in people but might work in pets. For example, VetDC licensed its lymphoma treatment Tanovea from Gilead after the compound caused unexpected side effects in human patients. In dogs—200,000 of which are afflicted by the disease in the U.S. each year—a combination of Tanovea and doxorubicin was as effective as a four-drug chemo cocktail, even when administered in half as many visits. By leveraging Gilead’s prior research—including the development of the compound and its manufacturing pipeline as well as preclinical trials in dogs—VetDC hopes to reduce the final cost to the consumer. Cost is an important consideration in a market where health insurance is rare. “We don’t have Peticare and Peticaid,” says Steven St. Peter, CEO of Aratana Therapeutics, which has used the licensing strategy to gain approval of both biologics and small molecules for a variety of canine conditions.

Aratana’s most recently FDA-approved product, Entyce, combats canine loss of appetite, which affects one in eight dogs and is the primary reason dogs are euthanized, St. Peter says. Entyce is a ghrelin receptor agonist in development for appetite-related issues in people by the Pfizer spin-off RaQualia of Japan. In preclinical studies, dogs given the drug gained weight, and 80 percent of vets want to stock the product when it’s available in February 2017, St. Peter says. While pet therapeutics companies must demonstrate safety and effectiveness to gain FDA approval for a drug, this requires only a single randomized controlled trial, equivalent to a human Phase 3 trial. (See “Regulating Animal Therapeutics” here.) KindredBio has developed a similar therapy for cats: a repurposed antidepressant, mirtazapine, that caused weight gain as a side effect in people. Kindred’s reformulation, currently under FDA review, saves cat owners from giving their cats a pill by offering a topical form of the drug that can be administered inside the animal’s ear.

The pet medicine industry isn’t just focused on small molecules. Aratana also has two USDA-approved monoclonal antibody treatments for B-cell and T-cell lymphomas in dogs, and KindredBio is developing biologics for cancer and allergies. In fact, biologics are so promising in people—accounting for 6 of the top 10 selling human drugs—that NexVet has decided to focus exclusively on developing them for pets. The company licenses human therapeutic antibodies and redesigns them for cats and dogs. To do so, NexVet researchers predict the minimal amino acid changes needed to adapt an antibody from one species to another to avoid immune rejection, and then engineer these proteins.

As more pet cancer therapies hit the market, animal-focused researchers are starting to think about how genomics might inform personalized pet medicine with newer diagnostic methods. For example, Massachusetts-based Innogenics provides a genomic test of canine cancer, ordered after standard histopathology, that probes the expression levels of nearly three dozen cancer-related genes. The test is designed to help guide decisions about what treatments might be effective, and to spur the development of new therapies based on the genetic patterns the test reveals. (A similar test for cats is in development.)

Another popular target in the field of pet medicine is pain. MediVet Biologics, which sells its own canine autologous cancer vaccine (K9-ACV), provides stem cell therapy kits for osteoarthritis in pets. Vets use the kit to turn adipose tissue they extract from pets into stem cells and inject them back into the animal. Data from a recent double-blind study suggest that the treatment—which, according to recent FDA draft guidance on autologous stem cell therapies, is self-regulated by the company—is effective. Vice president of business development Thomas Masterson says a single injection can manage symptoms for one to four years. In March 2016, Aratana received approval for its canine osteoarthritis small molecule drug Galliprant, and in August, the FDA cleared its canine injectable postoperative pain drug Nocita. And NexVet’s most advanced products are anti-nerve growth factor (NGF) monoclonal antibodies that have shown safety and efficacy for treating chronic pain in a pivotal study of 246 dogs, and in a pilot study of 126 cats.

“Brand-new products are coming on the market for new indications,” says the FDA’s Troutman. “We are definitely seeing more applications” this year compared to last year, she adds.

Human-focused pharmaceutical companies are increasingly embracing the idea that naturally occurring disease in pets could provide a better model for human disease than conditions introduced in the lab. “A lump of cancer cells under the skin of a mouse is not real cancer,” says Kindred’s Chin. By contrast, the cellular and genomic features of certain tumors (such as osteosarcoma and non-Hodgkin lymphoma) are so similar in people and pets—particularly dogs—that “on occasion, [they] are considered to be indistinguishable between species,” notes the report of a 2015 workshop on comparative oncology hosted by the U.S. National Academy of Medicine’s National Cancer Policy Forum (Sci Trans Med, 8:324ps5, 2016). (See “Pet Scans,” The Scientist, April 2016.)

This realization has launched initiatives such as the National Cancer Institute’s Comparative Oncology Program, which uses pet clinical trials of new cancer therapeutics to both treat pets and learn more about human cancer. And if these animals are going to be the subjects of clinical trials testing new cancer treatments, many researchers will argue, the animals should have access to those that work. “It does feel right that if a species [such as dogs or cats] has been exposed to the risks associated with testing a new agent, and it works in them, then the species should be the beneficiary of the drug,” says University of California, Los Angeles’s Barbara Natterson-Horowitz, who coauthored a 2013 book called  Zoobiquity describing the overlap between human and animal medicine.

At the same time, pet therapeutics companies are considering forays back into the human medical space. VetDC owns the rights to develop one of its compounds (a PI3K and mTOR inhibitor being tested to treat a variety of cancers) for human use, for example, and NexVet has set up a side company, TevXen, to apply their antibody technology to human therapeutics.

“The field is still very young and right at the beginning of the growth phase,” says Chin. “The trajectory is going to be pretty steep upwards.”

Jenny Rood is a freelance science writer based in Cambridge, Massachusetts, and a development writer for the Broad Institute of MIT and Harvard.

Correction (October 5): Zoetis’s Apoquel, was not derived from the same JAK inhibitor used to treat human patients for rheumatoid arthritis. The Scientist regrets the error. Additionally, the story has been updated to clarify that the FDA regulates some antibody treatments.