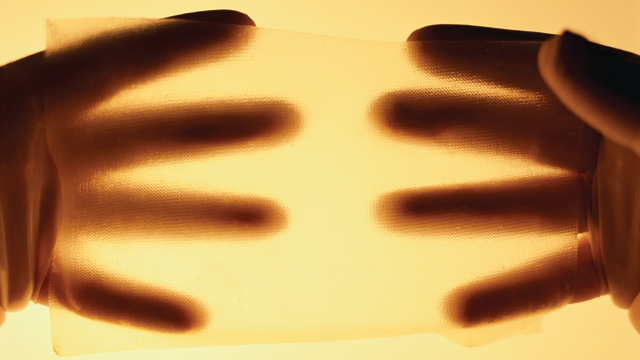 Since Ernest McCulloch and James Till first demonstrated the existence of self-renewing cells in the bone marrow of mice in 1963, stem cells have been hyped every which way: they will cure cancer; make diseased hearts whole; reverse Alzheimer’s. These breakthroughs have clearly not come to pass. But the effort to use cells to treat disease continues to chug along, and there may finally be light at the end of the tunnel.

Cell therapy—the therapeutic use of somatic cells, stem cells, and cells derived from stem cells to treat various conditions—is not new. The first successful human-to-human blood transfusion occurred in 1818, and the first bone-marrow transplant took place more than half a century ago. But finally,...

There are currently eight cell-based treatments on the market in the United States, ranging from a prostate cancer vaccine to a wrinkle remedy. Globally, the industry is predicted to rake in $2.7 billion this year and reach $5.1 billion by 2014. Other indicators of a growing industry are visible: there are more than 100 ongoing cell therapy trials in the U.S., with numerous products in the late stages of clinical development; some 30 cell therapy companies are now publicly traded; and large pharmaceutical companies are starting to snatch up promising candidates.

But while the field is beginning to take shape, no one knows what final form it will take. Cell therapies “could be paradigm-shifting for the health-care field,” says Mahendra Rao, director of the National Institutes of Health’s new Intramural Center for Regenerative Medicine. “The proof will be when we actually have a whole series of products, not just a couple,” he says.

Cell therapy has the potential to be the fourth pillar in health care, together with small molecules, biologics, and devices, agrees Chris Mason, a cell therapy expert at University College London (UCL). “Cell therapies are looking at areas of unmet need”—such as Parkinson’s and multiple sclerosis (MS)—“that have not been addressed using the other modalities,” he says.

But the industry struggles with biological complexity, unexplored regulatory paths, and tentative investors who have become callous after a decade of hype. And there’s one major, missing ingredient—an approved therapy that lives up to all the promises. No cell therapy has cured cancer, fixed heart disease, or stopped neurodegeneration.

“We need a big success,” says Robert Lanza, chief scientific officer at Advanced Cell Technology, a company developing human embryonic stem cell (hESC)-derived cell therapies for eye diseases. “When we finally go into patients and give an injection that stops MS or stops lupus in its tracks, you’re going to see people running toward cell therapies.”

Advocates love to compare cell therapies to monoclonal antibodies (mAbs). Discovered in 1975, mAbs didn’t have a major success until 1998, when Genentech’s Herceptin, an mAb for the treatment of breast cancer, was approved by the US Food and Drug Administration. Herceptin (trastuzumab), called a “breakout drug,” is now one of the best-selling biotech products in history, generating more than $5 billion in annual worldwide sales (the drug costs $70,000 for a full course of treatment). Other mAbs followed Herceptin, until monoclonal antibodies became one of the most common drugs in medicine, with an estimated global market of $15.6 billion in 2010, expected to reach $31.7 billion by 2017.

The cell therapy industry has yet to find its Herceptin. “For those of us who have been in the sector for a long time, we’re still waiting for the big blockbuster,” says Lee Buckler, founder and managing director of the Cell Therapy Group, a cell therapy consulting company. “It’s hard to argue—there’s not much out there, and what’s out there is not hugely impactful yet,” agrees Kevin D’Amour, chief scientific officer of ViaCyte, a California-based biotech that engineers hESCs into insulin-producing islet cells for the treatment of diabetes. Currently marketed cell therapy products focus on dermatology and orthopedics, including Advanced BioHealing’s Dermagraft, a fibroblast-derived cell therapy for diabetic foot sores; Fibrocell Science’s laViv, a cosmetic product to smooth smile lines; and Genzyme’s Carticel, a culture of patients’ own chondrocytes for knee cartilage repair. The sole cell therapy in oncology is Dendreon’s Provenge, a cell-based prostate cancer vaccine. Provenge (sipuleucel-T) has been the object of both praise, for being the first therapeutic cancer vaccine to reach the market, and criticism, for its limited efficacy at a high cost: the vaccine extends life by about 4 months for a price of $93,000 per treatment.

“So far we’ve got some nice products, but nothing paradigm-shifting,” says Buckler. “But these are first-generation products, and unless you are Steve Jobs, first-generation products are rife with commercial and technical challenges, so it’s no surprise that they’re not as effective or commercially viable as we hoped,” he says. “Don’t measure us too strictly by those first few products, but we’d better damn well learn now with the second and third generation.”

There seems to be two main reasons for the pharmaceutical industry’s reluctance. First, approved cell therapies such as Provenge carry a hefty price tag for a treatment that doesn’t significantly surpass current standards of care. Like antibodies, cell therapies are expensive to make, especially autologous therapies in which a single batch is made per patient, rather than a large batch for hundreds of patients. “It’s never going to be cheap to make cell therapies,” says Jeff Abbey, president and CEO of Durham, North Carolina-based Argos Therapeutics. “It’s clearly a big challenge for everybody in the field.”

Second, cell therapies do not fit into Big Pharma’s traditional reductionist pursuit of drugs. Stem cells are the most “dynamic, complex entities ever proposed for therapies,” says Lanza—a far cry from small molecules like aspirin, for which companies know the exact mechanism and can be assured that every molecule in an aspirin bottle is aspirin, nothing else. In many cases of cell therapy, scientists don’t understand exactly how the cells work. To some, that is a major drawback. “A lot of cell therapies under clinical development . . . are being used with little to no understanding of the mechanism of action,” says ViaCyte’s D’Amour. “If you don’t know how it works, it’s hard to say it’s working at all.”

But others say that black-box complexity is the wave of the future. “It’s important to know enough to produce a robust, safe therapy,” says UCL’s Mason, “but do you have to understand every bit of the mechanism? No, I don’t think you do. The cells are working at many different levels, and that’s what makes them so powerful.”

Despite those challenges, there is some evidence that in the last several years Big Pharma has started to take an interest in the field. In 2008, Genzyme signed an agreement with stem cell company Osiris Therapeutics, committing up to $1.38 billion in development, regulatory, and sales milestone payments for two of the company’s cell therapies. In December 2010, Cephalon bought a 20 percent stake in Mesoblast and the rights to market the Australian company’s adult stem-cell therapies for $350 million—a major attraction for Teva Pharmaceuticals, the world’s largest generic drug maker, which purchased Cephalon 5 months later. Teva is now funding Mesoblast’s late-stage clinical trials for cell-based therapies. And in May 2011, pharmaceutical heavyweight Shire purchased Advanced BioHealing and its approved cell therapy, Dermagraft, for $750 million.

“Pharma has shifted from exploratory mode, to exploitation mode, to actually make profits on cell therapies,” says Mason, who sits on the scientific advisory board of several large pharmaceutical companies. “These companies are finally putting in substantial money.”

The increased commitment may be a sign that Big Pharma is starting to believe that the early hype is finally coming to fruition. “This is going to revolutionize medicine,” says Lanza. “What you’ve been hearing about stem cells—that after 10 years not much has happened—well, now it’s happening. In the next few years, you’re going to see pretty remarkable things."