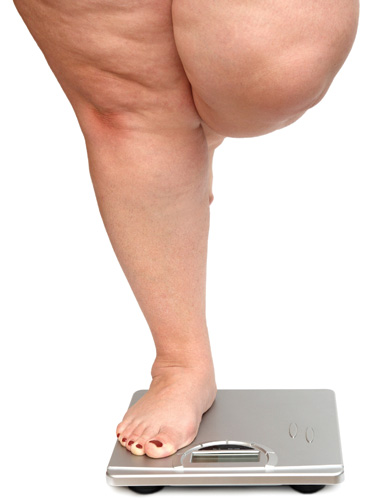 Nearly 500 million adults worldwide are obese—close to 10 percent of men and 14 percent of women, an incidence twice as high as in 1980, according to the World Health Organization. Obesity, defined as a body mass index of 30 or greater, has been linked with higher rates of serious illnesses such as cancer, heart disease, arthritis, and diabetes. But an obesity drug hasn’t been approved in the United States since 1999.

The regulatory environment for this class of drugs remains extremely tough following high-profile failures in the 1990s. For example, the infamous fen-phen drug combo caused life-threatening side effects and became one of a number of approved drugs removed from the market because of health concerns. “Obesity is the toughest market to get into,” says Praful Mehta, a senior analyst from IHS Global Ltd., a market research company. This is in part because obesity is not...

Despite these odds, Lou Tartaglia decided that now was the perfect time to start a company to target obesity. A scientist turned venture capitalist, Tartaglia is betting on the newest science in this area: brown-fat biology. Unlike white fat cells, which get their name from the excess lipids they store and whose relatively few mitochondria transfer energy from the lipids and sugars to the energy-storing molecule ATP, brown fat cells’ many mitochondria contain an “uncoupling protein” that allows them instead to release the energy from sugars and lipids as heat—to warm hibernating animals, for example. Researchers think that by increasing the numbers of brown fat cells in adults, or by activating those that already exist, they will be able to help people burn calories, shedding extra pounds as a result. In contrast to previous efforts that tried to curb food cravings via compounds that acted on the central nervous system, brown-fat therapies would attack the problem by increasing energy expenditure, even while at rest. In addition, activating brown fat cells could help diabetic patients improve blood glucose control by increasing sensitivity to insulin.

Nearly 500 million adults worldwide are obese—an incidence twice as high as in 1980—yet an obesity drug hasn’t been approved in the United States since 1999.

With research findings continuing to endorse brown fat as a promising target for tackling obesity, Tartaglia and his colleagues decided to make the commercial leap. In December 2011, with $34 million in financing from Third Rock Ventures, where Tartaglia is a partner, they launched Ember Therapeutics in hopes of leveraging the work from the labs of its scientific founders and advisors, such as Bruce Spiegelman, whose lab at the Dana-Farber Cancer Institute discovered a hormone called irisin that appears to make white fat behave like its brown counterpart. “We’ve tied up the real A-team in brown fat in one company,” says Tartaglia.

And Ember isn’t the only company trying to capitalize on the growing promise of  brown-fat therapies. Several other companies—both large and small—have also jumped onto the brown-fat bandwagon over the last few years. Still, the obstacles in this area are many, from the scientific to the regulatory, and it remains to be seen whether this new target can deliver on the excitement that it has been generating.

Brown fat, found only in mammals, has long been known to play a role in keeping hibernating animals and newborns warm by directing the conversion of calories into heat, rather than chemical energy, within the mitochondria. Three decades ago, however, researchers uncovered the tissue’s link to metabolism, revealing a whole new function for brown fat. In 1979, Michael Stock and Nancy Rothwell at St. George’s Hospital Medical School, University of London, fed rats a “cafeteria” diet—a choice of palatable foods, which tempts the rodents to overeat—and were surprised to find that the rodents’ weight gain, while substantial, was not proportionate to their calorie intake. On dissecting the gluttonous rats, they found that the mass of brown fat in their bodies had doubled, apparently increasing their metabolic rate to help them burn off the excess fuel. This pointed to brown fat as possible target to fight obesity. But in humans, investigators could only find definitive evidence of brown fat in babies and in adults who worked in cold temperatures, causing interest in the tissue to wane. LOOKING AT FAT: Eric Ravussin (right) of Pennington Biomedical Research Center in Baton Rouge, Louisiana, and two of his mentees, Madlyn Frisard and Anthony Civitarese, read a Western blot to look at proteins important in the development of brown adipose tissue.
PENNINGTON BIOMEDICAL

Then, in the early 2000s, as radiologists were screening cancer patients using PET and CT scans to detect and identify tissues with rapid metabolism, such as tumors, they noticed several areas around the collarbone, neck, and upper back that also lit up. “They found lots of interesting spots that had nothing to do with the tumor,” says human physiologist Eric Ravussin of Pennington Biomedical Research Center in Baton Rouge, Louisiana. Then in 2009, three groups (including one led by a scientific founder of Ember Therapeutics and one led by a scientific advisor) published back-to-back papers in the New England Journal of Medicineshowing definitive evidence—including biopsy samples from patients undergoing surgery for other reasons—that brown fat does indeed exist in adult humans. And just as in rats and mice, lean people generally have more active brown fat than those who are obese.

By this time, researchers, including Spiegelman, had made substantial progress working out the molecular pathways involved in white and brown fat development. (Read Spiegelman’s article “The Skinny Fat,” The Scientist, January 2008.) In 2007, Spiegelman found a gene called PRDM-16 that appeared to turn on the expression of all of the other genes that guided the differentiation and function of brown fat, including the uncoupling protein that makes mitochondria burn hot by shifting cellular metabolism away from the production of ATP.

Most recently, in early January 2012, just a month or so after the launch of Ember, Spiegelman’s group published work on another molecule involved in the brown fat story, which they named irisin after the Greek messenger goddess Iris. The hormone, which appears to be produced by muscles during activity, helps to convert stores of white fat cells into energetically active brown fat cells. In addition, irisin appeared to stabilize blood glucose levels and increase sensitivity to insulin.

“When people talk about groundbreaking innovation [in this field], [irisin] is what they’re talking about at the moment,” says Mehta, who analyzes the health-care and pharma sectors for IHS. To fully capture the obesity and diabetes markets, drugs must focus on three areas, says Mehta: energy expenditure, glucose disposal, and insulin sensitivity. “A platform that can [increase] all three has a greater chance than anything” to make it in the marketplace, he says. The potential payoff is huge, ringing in at an estimated $1.1 billion a year for obesity and $16 billion annually for diabetes.

But there’s a long road ahead for irisin, says Ravussin, recalling the story of leptin, another hormone that just a few years ago had people extremely excited. (See “Hormones in Concert,” The Scientist, December 2009.) “When leptin was described, people thought it would cure obesity,” says Ravussin. But after promising results in mice, the hormone turned out to be a complete bust in the clinic. Humans who already expressed the hormone didn’t respond to greater amounts, and further studies revealed leptin’s role in regulating many other functions, such as immunity, bone health, and normal menstrual periods. “What are we going to find out about irisin in the next 2 years?” wonders Ravussin.

Irisin isn’t the only new target on the block. Preclinical data on brown fat’s effectiveness in fighting obesity and diabetes have been encouraging enough for several pharma companies to develop programs to target the tissue. Both Genentech, now backed by Roche, and Eli Lilly are focusing on another hormone that affects brown-fat biology: fibroblast growth factor 21 (FGF21). Genentech is developing an agonist antibody that mimics the action of FGF21 by binding to and activating its receptor, FGFR1, while Eli Lilly chose to focus just upstream, developing a small molecule that activated FGF21 production. And though Lilly has since dropped this particular effort, “we remain keenly interested in this new area of biology and continue our research and development efforts to further study its potential,” said David Moller, vice president of endocrine and cardiovascular research at Eli Lilly. Once again, however, the cautionary tale of leptin rears its ugly head: a study published in February showed that increased exposure to FGF21 may also change the biology of bone-making cells, and ultimately could make bones more fragile. Another brown-fat contender is peroxisome proliferation-activated receptor gamma, or PPAR-?, a nuclear receptor that activates FGF21 production and is also regulated by it, originally discovered by Spiegelman in 1994 as the master regulator of white-fat development. Researchers later learned that PPAR-? also decreases insulin resistance, while promoting brown fat growth—a win-win for diabetics. In fact, a class of antidiabetic compounds called thiazolidinediones (TZDs) or glitazones, introduced in the mid-1990s, appears to have unknowingly targeted PPAR-?, resulting in improved glucose uptake and insulin sensitivity. Retrospective studies showed that patients who took these drugs also suffered from increased weight gain, risk of cardiovascular events, and in some cases cancer, however, causing pharma and biotech companies to shy away from the molecule.

“PPAR-? is not our favorite target,” says Brian Freeman, CEO and cofounder of Energesis, a company founded in late 2009 that’s using brown fat “stem cells”—precursor cells found in skeletal muscle that can differentiate into either muscle or brown fat—to search for novel brown-fat targets. Energesis’s scientists are working on proprietary new target molecules that activate brown fat, as well experimenting with transplantations of the muscle precursor cells primed to differentiate into brown fat.

But Ember isn’t giving up on PPAR-? just yet, and it’s focusing on a new molecule that activates the positive antidiabetic effects of PPAR-? while bypassing some of the adverse effects associated with TZDs.  Ember is also looking more carefully at the PRDM-16 transcription factor that influences brown-fat function, continuing to pursue possibilities with irisin, and even investigating a fourth molecule called FoxC2, which appears to sensitize brown fat so that it converts energy into heat at room temperatures, rather than only in the cold. “We’re looking at quite a number of targets,” says Tartaglia.

While many challenges remain, including the regulatory hurdles of the obesity market and the fact that many countries don’t offer reimbursement for obesity treatments because it’s not usually considered a life-threatening disease, Ember and Energesis both have plans to start clinical trials for their brown fat therapies within 2 to 3 years. Despite the risks, “many companies do see brown fat as the best approach to combat these diseases safely,” says Tartaglia.