What's happening in the DNA sequencing industry? After all, the human genome sequence is done and dusted. Two big players in the industry have recently undergone major changes: Michael W. Hunkapillar, who developed the technology that made high-throughput sequencing possible, stepped down in August from his role as president of Applied Biosystems. And Amersham was purchased by General Electric this year and rebranded as GE Healthcare. Upstart companies are developing a new wave of technologies to challenge capillary technology, currently the only game in town. For the time being it is business...

WHERE ARE WE NOW?

The human genome stole most of the headlines, but scientists around the world have been busily sequencing genomes of hundreds of species over the last decade. And they continue to do so.

In August, the National Human Genome Research Institute (NHGRI) announced the latest batch of initiates to the sequencing hall of fame, a list that includes nine mammals and nine nonmammals. Some of the mammals, including the African savannah elephant, the domestic cat, and the orangutan, provide an injection of charisma; others, such as the European common shrew and the rabbit, are less alluring. But all play an important part in helping researchers to interpret the human genome. ( to compare genomes.)

Likewise, the nine nonmammalian organisms will help to elaborate the evolution of anatomy, physiology, development, and behavior. This role of honor goes to a slime mold, a ciliate, a choanoflagellate, a placozoan, a cnidarian, a snail, two roundworms, and the lamprey.

The ongoing, massive sequencing effort requires hundreds of high-speed DNA sequencers, each costing in the neighborhood of $300,000 (US). J. Craig Venter's company, Celera Genomics, one of the two groups that produced a draft human genome, used at least 300 sequencers to do the job. Applied Biosystems, which has an estimated 70% of the sequencer market, installed 10,000 automated sequencers in the past decade, according to Research and Markets, a Dublin-based firm. (Applera Corporation now comprises the Celera Genomics group and the Applied Biosystems group.)

The need for new sequencing capacity may be maxed out, however. "The drive to actually set up new high-throughput genome centers to carry out high-throughput sequencing is not there to the same degree as it was when the drive was on to sequence the human genome," says Andy Bertera, vice president of core products at GE Healthcare, the second largest supplier of DNA sequencers.

"There was a big drive and a lot of investment to sequence the human genome. Then, once we sequenced the human genome, public interest sort of waned a little bit. However, there's still a lot of sequencing to be done," says Bertera. "There's a new animal or new plant or some new organism that is sequenced almost on a weekly to monthly basis," he adds.

The J. Craig Venter Science Foundation Joint Technology Center is one of the world's largest DNA sequencing facilities. It has 100 Applied Biosystems 3730xl sequencers and has no current plans to buy more, despite its ability to accommodate as many as 400, says Heather Kowalski, vice president of policy and planning at the Center for the Advancement of Genomics in Rockville, Md. "Our current average output is approximately two billion bases per month versus the 0.09 billion bases per month in 1999," Kowalski says. "We are also testing several new sequencing technologies at the facility in the hopes that eventually something will replace or at least significantly augment the output of the traditional capillary array sequencer."

So, while Applied Biosystems reported a 6% increase in revenues in the fourth quarter of 2004, to $460.5 million, sales of its DNA sequencing products declined. Large genome centers aren't buying, but that doesn't make sequencers a dead-end market. "Outside of the genome centers, we see that demand is strong," says Philippe Nore, Applied Biosystems senior director of strategic planning for genetic analysis products. "People are doing more and more sequencing, finding more and more adaptations with our sequencers, such as genotyping or resequencing."

Resequencing certain parts of the genome to detect single nucleotide polymorphisms (SNPs) helps researchers understand specific genes or diseases and has become a core function for sequencing systems. Although microarrays can also be used to resequence, DNA sequencers have a much larger installed base, according to Applied Biosystems, which markets both types of instruments. "Microarray platforms are limited to resequencing only, whereas sequencers can perform de novo sequencing and SNP genotyping as well," a company spokesperson says.

Bertera points out that the market is interested in seeing how researchers will use sequence information. "Interpretation is critical. Resequencing of parts of the human genome to understand specific diseases [associated with] SNPs is obviously important," Bertera says. "That tends to take you in the direction of diagnostics, and diagnostics sequencing is really in its infancy."

NEXT STOP, THE CLINIC?

DNA sequencing needs to be easier and cheaper before it is clinic-ready. Currently, sequencing an entire mammalian genome costs from $10 to $50 million, but the hope is that a wave of new sequencing technologies will bring the cost down to $100,000, and possibly even to $1,000. The National Institutes of Health called for applications in February for grants to develop new, low-cost sequencing technologies for just this purpose. Capillary electrophoresis systems reign supreme in accuracy, although they tend to be relatively slow and expensive and can read only a few hundred bases per reaction.

A number of promising technologies are being explored, including the single-molecule array. DNA fragments are anchored to the surface of an array, fluorescent-labeled nucleotides are added, and then the array is scanned. The technique could potentially cut costs and speed up DNA sequencing, because it requires little or no sample preparation and uses fewer expensive reagents. But, the technology is still being developed.

One of the firms working on a single-molecule array approach is Essex, UK-based Solexa. "The approach drastically reduces, and at best obviates, the need for complicated and costly sample preparation with the consequential reduction in laboratory preparation and reagent overheads," says Solexa's business development director Simon Bennett. He says the firm's systems would ultimately be capable of four to five orders of magnitude improvement in efficiency, cost, and throughput over conventional sequencing technology (see Table on p. 47).

Helicos Biosciences in Cambridge, Mass., also is working on a single-molecule sequencing approach. The firm licensed its core technology from Stephen Quake, then a researcher at California Institute of Technology and now at Stanford University. "The power of the method is the high degree of parallelism. We can do hundreds of millions of strands at a time," says Stan Lapidus, president and CEO of Helicos.

GenoVoxx of Lübeck, Germany, is working on a single-molecule method called AnyGene, in which DNA fragments deposited on a two-dimensional array are subjected to sequencing-by-synthesis.

One firm that is not pursuing the single-molecule approach is Branford, Conn.-based 454 Life Sciences, a subsidiary of New Haven, Conn.-based CuraGen. 454 Life Sciences' technology uses beads that are attached to DNA strands, which are placed in individual wells of its PicoTiterPlate. PCR occurs in each well, and the sequence of each DNA strand is determined by a sequencing-by-synthesis method. Based on this technique, the company obtained a $2.4 million grant from the NHGRI.

Experts anticipate that DNA sequencing of whole genomes for clinical purposes using these new technologies will likely occur in the next couple of decades. Their use in patient care, however, will initially be restricted. "Between 10 and 20 years from now, it will be increasingly common for patients who are diagnosed with specific diseases or are suspected of having specific diseases to have a full DNA fingerprint taken," Lapidus says. But the goal of sequencing healthy individuals to identify disease risks is a longer way off. He adds, "I think it will not be common yet to simply do, as a matter of course, a complete base end-to-end readout on somebody who is asymptomatic for any given disease."

While these technologies offer a glimpse at the future of DNA sequencing, some industry observers question how soon these products will deliver on their promises. "I'm sure in the future some of these technologies will [make sequencing] super-cheap," says Jason Kramer, manager of the DNA Sequencing Core at the Dana-Farber/Harvard Cancer Center in Boston. "But, I don't see [some of the sequencing facilities] changing for quite some time," he says.

The companies that pioneered commercial DNA sequencing also have their sights set on the future. The Applied Biosystems group is working on new applications for its existing capillary electrophoresis-based instruments, with a particular interest in pharmacogenomics. It also is working on making the instruments more economical for DNA sequencing.

"We don't think we're done yet with the [current] technology. There is still a lot of improvement we can bring ... [and] ways to lower the overall cost," says Nore. Applied Biosystems plans to lower the cost of sequencing with its systems by making sample preparation more efficient. According to the firm, sample prep accounts for roughly 50% of the cost of sequencing.

Bertera says GE Healthcare has been working with its customers at genome centers in identifying ways to make DNA sequencing more efficient and cost-effective. "We are updating, for example, our MegaBACE 4000 instrument, which is the only 384-capillary instrument on the market, to develop an instrument called the MegaBACE 4500." This will allow customers to upgrade their existing instrumentation and give them longer read-lengths, Bertera adds. He notes that the company also has a certified-preowned program aimed at lowering the costs for researchers who want to do DNA sequencing, but who might not have the financial resources to purchase new instruments. Such instruments come from labs that are moving from sequencing into functional biology or proteomics.

So, the DNA sequencers that brought you the human genome aren't likely to gather dust anytime soon. Cheaper sequencing is eagerly awaited as newer technologies are pitted against improvements in the current standards. 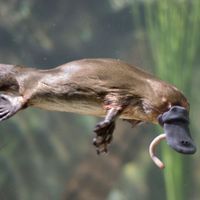