The eBay of intellectual property will launch this April, allowing Fortune 500 companies and mom-and-pop organizations to buy and sell technology patents both on the auction floor and online. The first large-scale, live intellectual property (IP) auction, initiated by Chicago-based merchant bank Ocean Tomo, will take place April 5-6 at the Ritz Carlton San Francisco and will be simulcast online. While only 15% of IP will be in the life sciences this time around, the second of the planned biannual auctions, to be held in October in New York City, will focus on biotechnology.

"It's something I'm really excited about," says Ronald J. Riley, president of Professional Inventors Alliance, a Washington, DC-based advocacy group. Riley described the current system as labor intensive and marked by inefficiencies. "The auction creates great potential for exposing the patent to all the players at once," he says.

The patents for sale were posted two months prior to the auction (www.oceantomo.com/auctions.html) to give potential buyers time to evaluate the portfolios and background materials. Bidding can be done in person, via telephone or Internet, or by proxy.

"We originally thought we'd get a lot of smaller inventors," says Malackowski. But so far, a number of Fortune 500 companies like AT&T, American Express, and Kimberly Clark, as well as several universities, have also added their IP to the pool, he says.

While "it may take a while to fully develop," says Riley, he believes the auction system will "allow inventors to do what they do well, invent, as opposed to having to launch businesses... The auction is a great way to pair those people who are not in a position to personally commercialize an invention" with those who are, he says. 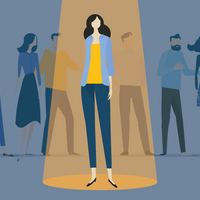