Between 2003 and 2005, big pharma companies placed 52% more new drugs into clinical trials per year than in the prior five-year period, according to a study by the Tufts Center for the Study of Drug Development (CSDD). The CSDD included only new entities in clinical trials since 1993 (generics, new formulations of old drugs, or new indications for existing drugs were excluded), as determined according to total drug sales in 2004. The study addressed corporate merger activity by adding data from companies that had been acquired in the meantime.

The study authors divided the data set from the 13 years into one three-year set and two five-year sets for efficiency, says Joseph DiMasi, director of economic analysis at CSDD and leader of the study. Analysis was not performed to break out "me too" drugs.

The study also showed that one in four new compounds that entered into the clinic by these companies between 2003 and 2005 were licensed from other firms, as compared with only one in seven between 1993 and 1997. Mark Edwards, managing director of Walnut Creek, Calif.-based Recombinant Capital, a consulting firm that specializes in alliances, isn't convinced the trend is sustainable. "The prices of licensing deals are going through the roof" as late-stage drugs become more and more rare, says Edwards. Indeed, according to Recombinant Capital data, the average value that biotech firms have received for out-licensing has doubled in the past ten years to more than $100 million per deal in 2005. 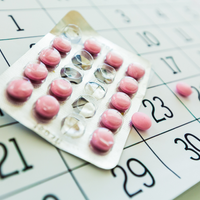