The US Patent and Trademark Office is evaluating an online peer review initiative that would invite scientists and other outside experts to help evaluate patent applications by advising the PTO about prior art - published literature and other patents - that the patent office's examiners might otherwise overlook. The goal is to improve the quality of patent review and reduce the backlog of applications. "The patent office desperately needs more and better information to make decisions" about patent applications, says Beth Simone Noveck, director of New York Law School's Institute for Information Law and Policy, which is working with the PTO to develop the project (http://dotank.nyls.edu/communitypatent/about.html).

If approved, the pilot will focus initially on computer software patents but could later be expanded to biotech and the life sciences. A decision on whether to proceed is expected sometime this year. "We are looking for representatives from the life sciences to provide patents to be peer reviewed and also to do the peer reviewing," explains Noveck. In the pilot, applicants would agree to make their submissions public and open to peer review. Should the pilot prove successful, patent laws would need to be amended to make the process mandatory.

"It could be quite important if it was actually implemented," says Ronald Eisenstein, partner in the technology and intellectual property group at Nixon Peabody in Boston and a contributor to The Scientist. But, he says, it appears to be years away from possible implementation, and "it's also a PR situation; the PTO needs to show people they are dealing with the backlog," he adds. "Rather, they should be having [outside experts] show examiners how to do better searches." 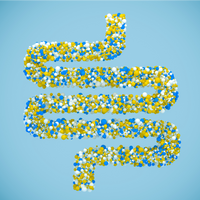