More that three years after Sept. 11, 2001, researchers and scholars who wish to come to America to study, conduct research, or attend scientific meetings are still feeling the reverberations of that day. Immigration restrictions may be having a chilling effect on science and could be causing prospective US-bound scholars to go to other nations to study and work.

With so many potential trip-ups, faculty members are told to begin recruiting for postdocs at least six months in advance of a vacancy, Castaneda says. In the postdoc world, "it's almost unheard of" to do that much advance planning, but he adds...

A 2004 survey of 2,000 US colleges and universities conducted by the Association of American Universities (AAU) revealed that one-third have had a decline in scholars enrolling from Russia. That's not surprising, says Law. "If you're from Russia and your technology is really scary, you're going to be lucky to get in," she says, adding that the staff at Berkeley has a shorthand for what might trigger a security clearance. "We call it scary people, scary places, and scary things."

In one embarrassing incident for Berkeley, the university invited Zhores Alferov, a Russian who won the Nobel Prize for physics in 2000, to be a Regent's Lecturer. Alferov "was so insulted by the interview process" at the US consulate in Russia that he withdrew from his appointment, says Law. The university is working with the State Department to try to bring him to the United States for an April meeting, she says.

Law says consular officers have a tough job, as they are trying to avoid handing out a visa to a terrorist, but she wishes there was a better way to flag potential wrong-doers. A big frustration is the inability to find out what's happening when visas are held up, says Law, noting that officials usually cite "security" reasons. And, she says, universities can't get access to the "sensitive" list that triggers security checks, even though it isn't classified. "We used to be quite proud of how much problem solving and advocacy we used to do; we feel quite shut down now," she says.

Some changes have eased travel restrictions, but it's not clear if they are helping. "It's really hard for us to judge whether it's getting better or worse," says Alyson Reed, executive director of the Washington, DC-based National Postdoctoral Association (NPA). She says that Sigma Xi, a Research Triangle, NC-based nonprofit society of scientists and engineers, is tabulating a baseline read of the immigration situation for international postdocs.

Most postdocs come to the United States on J-1 or H1-B visas, both of which require a $100 nonrefundable fee that can be a hardship. The J-1 applies to students, scholars, teachers, professors, research assistants, or others in a field of specialized knowledge who are coming for an approved training program. Temporary professional workers, often in the sciences or technology, come in on H1-B visas.

But many of these technology experts must get a Security Advisory Opinion, either through the Visas Mantis or the Condor process (for Arab and Muslim males). Visas Mantis applies to scientists or scholars who will work in security-sensitive areas. The goal is to prevent the transfer of technology to other countries. Each quarter, the State Department circulates an updated list of those fields to its consulates, says Janice Jacobs, deputy assistant secretary of state for visa services at the Bureau of Consular Affairs. Depending on who is asked, this process is getting better or it's getting worse.

Roughly 7 million nonimmigrant visa applications are issued per year, and 2.2% of those require additional vetting at the State Department, says Jacobs. The extra scrutiny includes an interview at the US consulate and possibly the attention of other federal agencies. A year ago, it took 75 days on average for an applicant to go through the Visas Mantis process; now it's down to an average 15 working days, says Jacobs. That's still not close to pre-Sept. 11, 2001, however. For instance, Vivek Kumar, a 38-year-old nephrology researcher at the Mayo Clinic in Rochester, Minn., applied for a visa in October 1999 and received his approval one day after his interview at the US consulate in his home country of India.

It is too soon to say whether any changes have reversed the declining numbers of non-US citizens seeking to work or study in the United States. The Immigration Policy Center tallied a 33.7% decline in H-1B visas issued from fiscal 2001–2003, and a 3% decline in J-1 visas for the same period.

Scholars or students who return home may also have trouble getting back into the United States. Purdue University president Martin Jischke told the US Senate Foreign Relations Committee in October 2004 of a student from China who had to wait more than a year for a visa to return to the United States after having gone home in the middle of his studies.

Law says she's been advising postdocs not to go home. Although that could mean years away from family, if they return, they could get caught up in visa delays. And, she says, from the university's standpoint, "if you lose a researcher for three or five months in the middle of their research, that has a huge impact."

While people on the front lines say the immigration situation has not improved, the picture seems rosier from farther away. Wendy White, director of the board on international scientific organizations at the National Academy of Sciences in Washington, DC, says that, "overall, the situation is improving considerably."

Even so, the National Academies, the AAU, the NPA, and others have been pushing for longer security clearances, which currently last a year, while most grants run from three to five years. Kathie Bailey Mathae, federal affairs officer with AAU, says the Bush Administration has been willing to make such a change, but there's been no movement. Jacobs, at the State Department, confirms that extending the clearance is in the works.

Businesses, too, are worried about visa delays. Compete America, a coalition of 200 companies, universities, research institutions, and trade associations such as the National Association of Manufacturers (NAM), has been seeking a loosening of the restrictions, in particular for H1-B visas. Without a growing pool of graduate students and postdocs, the US economy will suffer, says Sandy Boyd, chairperson of Compete America, and vice president for human resources policy at NAM.

Some students and postdocs have been choosing to go elsewhere, though no one's quite sure of the number. In testimony to Congress in October 2004, Marlene Johnson, executive director and CEO of NAFSA: Association of International Educators, says that other countries "have had a field day recruiting since 9/11." She says international student enrollments increased 23% at UK universities and 15% at Canadian universities from 2002 to 2003, and 10% at Australian universities from 2003 to 2004.

Even if the visa process has become slightly less time-consuming, "There is the perception that the US is not a welcoming place anymore," says Mathae. The restrictions have "created a huge amount of confusion and ill will," agrees White. "People feel like they've been singled out, and find it offensive that they have to give up fingerprints," White says. Indeed, even noted physicist Stephen Hawking recently had to go to a US consulate in London to give his fingerprints for the US immigration database.

One postdoc at Berkeley summed up his experience: "If it wasn't for being able to spend a year at one of the best universities in the world, I would surely not recommend a stay in the US, just for the administrative hassle. I am sure that more and more researchers, myself included, will try to find more hospitable environments outside the US in the future." 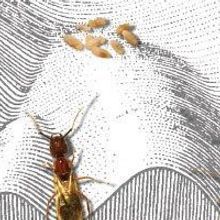