A furry brown moose with orange antlers sits on the desk of Centocor CEO Neal Fowler's Horsham, Pa., office. It was a gag gift from a colleague, prompted by Fowler's habit of using the phrase, "Let's put the moose on the table," during meetings. "A moose is something big and smelly and ornery," explains Fowler, whose accent hints at Southern roots. "'Putting the moose on the table' means talking about things that are difficult or uncomfortable." The phrase has been used in management circles for years, and it was recently popularized in a book of that title by Randall Tobias, former CEO of Eli Lilly and Company.

To facilitate this kind of communication, Fowler has set up an internal company blog, the first of its kind for a Johnson & Johnson company, where anyone can ask him questions. He also breakfasts regularly with...

"There's not a day in my life, even today, that I don't think about what the sales rep is thinking and how they are going to do this or that."

Most MBAs wouldn't have considered a sales job, Fowler says. But he figured that working in sales was the best way to understand how a business functions at the fundamental level of the customer. He also picked up valuable knowledge about how sales and marketing teams relate. "As a sales rep, I got to see some great ideas from the marketing side of things that just didn't work in the field," Fowler says. "There's not a day in my life, even today, that I don't think about what the sales rep is thinking and how they are going to do this or that."

Sales experience taught Fowler that there was no "one size fits all" approach to customers. While some physicians want to hear only about a product's hard clinical-trial data, for example, others respond better to a more general discussion of how a product fits into their overall treatment strategies and philosophies. Today, Fowler advises his sales reps to spend time upfront getting to know customers to learn what kind of information they want to hear and will respond to.

From Sales to CEO

Fowler climbed quickly up the ladder at Lilly, boosting sales figures and ascending a rung every year or two. While director of Lilly's US cardiovascular business unit, for example, sales increased from $133 million in 1997 to $360 million in 2000. At this career stop Fowler says he learned the danger of becoming complacent about the data underlying one's sales efforts. A significant part of this job was maintaining a strategic alliance with the then-independent Centocor to market the antithrombotic drug, ReoPro (abciximab). But a head to head clinical trial comparing ReoPro to a competing antithrombotic, Integrilin (eptifibatide), published in 1998, suggested that the two drugs were equivalent and the higher cost of ReoPro wasn't justified. Sales of ReoPro began to slump.

"We had to ask ourselves: Had we done everything we could have to prepare for this challenge?" Fowler says. "The bottom line was, we had to answer the value question: Was ReoPro as good as advertised?" Fowler's team scrambled to mine supporting data from their own clinical trials, and the doctors were convinced - sales of ReoPro picked up again. The experience taught Fowler to be more proactive in anticipating challenges from competitors.

By 2001, Fowler oversaw sales of Lilly's primary-care portfolio in the southeastern United States. However, that was a short stop on his career path, as Fowler left Lilly the same year for a position as vice president at Ortho-McNeil, a Johnson & Johnson subsidiary, where he oversaw sales of their central nervous system drugs. Sales increased from $450 million in 2001 to $1.2 billion in 2003.

By 2004, sales had achieved enough "critical mass" that Johnson & Johnson decided to spin off the drugs into a separate company. In 2004, Fowler became president of the newly created Ortho-McNeil Neurologics, where he created the new company from scratch. Key to his success, he says, was choosing the right people. "You can have great products, but to succeed you need great people behind those products."

Fowler says his management experience at Lilly taught him to look for three important qualities in new hires: a positive attitude, accountability, and ability to work on a team. To identify those candidates, he asks several questions during interviews: "What gets you out of bed in the morning? Tell me about a time you led a project, were faced with a tough situation, and pulled out of it. What have you done today to make your teammates better? How would your teammates describe you?"

When Fowler left Ortho-McNeil Neurologics in 2006, the company had 110 employees, was doing $1.8 billion in sales, and was enjoying 20% growth in sales annually. Leaving Lilly for Johnson & Johnson was the most difficult decision of his career, says Fowler. Although he was on a top-level management track at Lilly, the opportunity for an immediate vice-president position proved irresistible. Nevertheless, he didn't want to burn any bridges. While at Lilly, he had become close with the senior management at Centocor through the alliance to market ReoPro. When Centocor became part of Johnson & Johnson in 1999, many of these managers took positions in the parent company, and they invited him aboard.

Centocor did $3.5 billion in sales last year, mostly on the success of its chief product, Remicade (infliximab), a tumor necrosis factor (TNF) inhibitor with 14 indications for immune-mediated inflammatory diseases. But Centocor's parent company, Johnson & Johnson, has recently downsized subsidiaries. Last year the company laid off about 500 researchers and other employees at two California-based subsidiaries, Scios and Alza, in an effort to "streamline" certain programs. Those pressures may get worse as patents expire on two of J&J's top sellers: its schizophrenia drug Risperdal (risperidone) in 2008 and its epilepsy drug Topamax (topiramate) in 2009.

Despite his professed willingness to talk about the moose on the table, Fowler refuses to speculate on whether the axe may ever fall at Centocor. Fowler's plan for the future is straightforward: make enough profit so that Johnson & Johnson won't consider his company for downsizing should hard times hit. "Johnson & Johnson tries to let companies have their own destiny and do their own thing," he says. "Like I tell our people: If we are growing, if we are aspiring and achieving greater things, the chance that somebody is going to come in and want to wreck our business is pretty small."

Fowler's hopes for the future rest partly on two pipeline drugs slated to launch this year or next. With both drugs in Phase III trials, Fowler expects to soon have "the three best drugs in the marketplace" for immune-mediated inflammatory diseases, he says. One of the drugs, golimumab, is a fully human anti-TNF monoclonal antibody. The company is pursuing indications for rheumatoid arthritis, ankylosing spondylitis, and psoriatic arthritis. The other drug, CNTO 1275, is a first-in-its-class monoclonal antibody that targets both interleukin-12 and interleukin-23. Centocor is seeking an initial indication for psoriasis.

Centocor has 10 other candidate drugs in development, all targeted at immune-mediated inflammatory diseases. In addition, Centocor is pursuing partnerships such as the once announced in January with a San Francisco-based biotech company, Five Prime Therapeutics. Under this agreement, Five Prime will receive $15 million in exchange for screening its protein library for proteins that may have activity in treating osteoarthritis or pulmonary fibrosis. Centocor will have exclusive rights to develop and commercialize any promising candidates discovered.

At an afternoon assembly, Fowler outlines his goals for the company over the next year. Gesturing with his hands, he speaks to his gathered employees without a podium, walking back and forth across a stage erected in the cafeteria, a microphone clipped to his sweater. Even with a promising pipeline, the company can't afford to slacken in marketing Remicade, Fowler tells his team. Sales of Remicade increased by nearly 19% in 2006, he says, and he expects similar double-digit sales growth in 2007.

To achieve that goal, Centocor must address an important marketplace trend, Fowler says. "Patients have more knowledge now, and the patient is taking more control of therapy. Patients are pushing their doctors to know the risks versus the benefits of drugs, and payers are starting to ask the same questions."

"So we'll go more to the patients and more to the payers," he says. "We'll have to educate them about the benefits of Remicade, what the side effects are, and what they are not." Fowler's speaking style is informal, his voice measured. He's not a general inciting his troops, nor is he a preacher firing up his congregation. Fowler, a father of three, is more like a dad encouraging his kids to keep up the good work on their next report card. The room is filled with a respectful silence, and several people nod in agreement as Fowler makes his points.

Randall Woods, president of NovaCardia, a California-based company developing small molecule drugs for cardiovascular disease, was a colleague of Fowler's at Lilly and has been a longtime friend and mentor. Woods agrees that Fowler's management style is more relaxed than most. "A lot of us have huge egos, that's what drives us to be CEOs," he says. "But Neal's rapid rise to success has not gone to his head. He can be very self-effacing." Fowler almost never says, "I did this" or "I did that." He prefers "we." "I'm big on the whole 'we' versus 'I' thing," says Fowler.

Back in his office, Fowler considers whether his management style may be too easygoing, but he says that the paradigm of the belligerent boss may be over. "I believe that has a short-term impact at times, but I believe over the longer haul that leadership is just like a relationship with a customer," he says. "When you hold people in high regard, I think you will be much more appreciated as a leader. That's the recipe for long-term people development and retention.

"But don't confuse being nice with not holding people accountable or expecting results. I'm all about that," he adds, "but you can be nice doing that." Fowler smiles. "I think sometimes people may meet me and think, wow, he's too nice a guy," he says. "But if that's the worst criticism I ever get in my life, then I've had a great life, you know?" 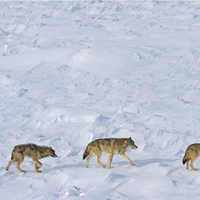 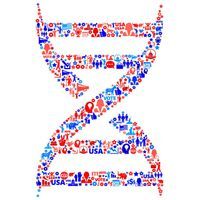