Much like an uncertain weather forecast predicting sun and patchy clouds, industry analysts see mixed prospects for European biotechnology companies in 2005. Geopolitical problems such as the war in Iraq aren't helping to soothe jittery investors, who are traditionally more risk-averse than those in the United States. What's more, Europe has a fragmented marketplace and an overabundance of stock exchanges, which heightens the regulatory burden on companies.

The result is a challenging market for a handful of startup biotechnology companies ready for a crucial fund-raising step, the initial public offering (IPO). "In recent months, a number of IPOs were pulled, they didn't go through," says Philippe Pouletty, vice chairman of EuropaBio, the European bioindustry association based in Brussels. "So right now, it's not a perfect time."

About 20 companies in the United Kingdom, Germany, France, Italy, and Switzerland have the maturity, products, and late-stage clinical trials necessary for their first...

Venture capitalists in Europe tend to invest in more startups than those in the United States, but they also provide smaller amounts of money, says Robert Abbanat, who is earning his Master's degree in business administration at MIT's Sloan School of Management. Abbanat interviewed 80 European executives as part of a study he conducted for EASDAQ, a former pan-European stock market founded in the mid-1990s. "The European [venture capital] community invested in more startups than the US in 2003, but their average investment was about one-fifth that of the US," he says.

Europe also has a whopping 30-plus stock exchanges, says Abbanat. "Having a stock exchange is like having a national airline. Every country wants one because it's a source of pride, but many of them are extremely small, and they do not have deep pools of liquidity," says Abbanat. "So if you're a technology company and listed on one of these small local exchanges, your ability to raise large sums money to compete on a global level is almost nonexistent."

The European Union is comprised of 500 million people in 25 countries, with a patchwork of regulations, and in some cases, currencies. Such fragmentation makes it difficult to start a business in one country and expand to another, Abbanat says. "By contrast in the US, you immediately have one market with 290 million people and one federal government."

Despite the challenges, a number of promising companies could go public this year, says Sam Fazeli, a London-based senior biotech analyst with the investment bank Nomura International. One is Arakis, a pharmaceutical company based in Little Chesterford, England. Arakis has two products in Phase II, including one that could compete with Pfizer's Spiriva, for the treatment of chronic obstructive pulmonary disease. Arakis is a partner with a UK company called Vectura, a maker of inhaled drugs in Chippenham, England, that launched a successful IPO six months ago. Nomura has a brokering and advisory relationship with Vectura, so it stands to gain if this IPO succeeds, says Fazeli.

Fazeli says other promising IPO prospects include Ardana Bioscience in Edinburgh, Scotland, and Arrow Therapeutics in London. Another IPO possibility is Pro-Strakan of Galashiels, Scotland. "As far as we're concerned, the market in the UK is open," says Fazeli.

Several European companies that tried or contemplated going public in 2004, but pulled out, are poised to take advantage of the next market window, says Lucquin. Immuno-Designed Molecules in Paris was the most visible one in Europe, according to Lucquin, who helped launch the biopharmaceutical company with a seed investment seven years ago. "They pulled out in June, but they will come back. They are the obvious number-one candidate for an IPO as soon as the window opens."

Mike Ward, a director of Critical I, a business intelligence group focused on the life sciences and based in Oxford and Cambridge, England, says the three major European IPOs in 2004 had a "disappointing" post-IPO track record that has boosted investor caution. "They're all below their IPO price, and that makes people nervous about floating. It's kind of like an investment death spiral," he says. The three companies are Ark Therapeutics, a London-based company that went public in February; Epigenomics, a Berlin, Germany, company with an arm in Seattle that went public in July; and Basilea, a Basel, Switzerland-based company that went public in March. All three had share prices below their IPO as of mid-December.

In addition to Basilea, a second "medtech" company was listed on the Swiss Stock Exchange (SWX) in September 2004, according to Domenico Alexakis, executive director of the Swiss Biotech Association. The company was Ypsomed, and while not a "true biotech," the Burgdorf-based company catering to biotechs raised more than 220 million Swiss Francs (1.15 SF = $1 US). Its share price rose from 68 SF in September to 96.75 SF by mid-December.

In general, Swiss biotech suffered a "disappointment" two years ago when pharmaceutical giant Novartis, which is based in Basel, moved part of its research operation to Boston, Alexakis says. However, Switzerland's "fairly attractive tax system" has lured companies from other parts of Europe. US biotech giant Biogen Idec, for example, moved its European head office from Paris to Switzerland a few months ago, he says.

Alexakis is optimistic that several Swiss IPO's will emerge next year. "Most probably two or three IPOs could materialize in the life sciences here in 2005," says Alexakis, whose 114-member organization is based in Bern and Zurich.

The picture is different in France, where biotechs are expected to keep struggling despite government reform efforts, says Alain Guedon, a vice president of France Biotech. "In France, not only were there no IPOs last year or this year, there will not be any next year," predicts Guedon.

Guedon is president of AbTECH Pharma, a Toulouse maker of anticancer monoclonal antibodies that declared bankruptcy in August. "We are going to stop activities before the end of the year," Guedon says. "And in the last four months, at least three or four companies the size of ours had to stop, and two others were sold to other French companies."

In France, "people do not want to commit enough money to get biotech companies off the ground," he says, which scares off institutional investors. It is "very difficult" for European companies to collaborate with Big Pharma, he says. "For example, Novartis this year launched about 25 collaborations with biotech companies: one in Europe, and 24 in the US."

Pouletty predicts that regulatory changes may soon give European biotechs a boost. He cites a European Commission directive to make a single IPO prospectus valid all over Europe as of July 2005. "Right now, you have to go through each country's regulatory body, the equivalent of the SEC [Securities and Exchange Commission] in each country. After July 2005, going through a single country will make your prospectus valid in all Europe," says Pouletty. "This will lift regulatory barriers." Pouletty wants the French government to give capital gains and other tax breaks to emerging companies that go public or have been public for less than eight years. "I'm optimistic it will be adopted."

Although London has more financial clout, Abbanat recommends that Europeans build on an existing stock exchange such as Euronext, which links the local exchanges of Lisbon, Paris, Brussels, and Amsterdam. European venture capitalists should also invest more money into fewer companies, and create entrepreneurial hubs like Boston and Silicon Valley that have such "a large critical mass of entrepreneurs, engineers, and investors, they have fostered the development of successful technology startups," Abbanat says.

Pouletty predicts that Euronext, the London Stock Exchange, and the German bourse will team up to create a common trading platform for biotechs and technology companies. "Once the regulatory barriers are lifted, the pressure from companies and investors will increase," says Pouletty. "We also expect a number of continental European companies to go public at the Swiss Stock Exchange, because they had a few successes there like Actelion, which went public [a few] years ago." Pouletty says companies going public in Switzerland confront less regulatory red tape from the Swiss equivalent of the SEC, easing the process.

A spokesman for the SWX, Werner Vogt, said that because Switzerland hasn't joined the European Union, it does not have to conform to all the "little bits and pieces" of European regulations. The SWX is based on the principle of self-regulation, meaning that "the exchange supervises ad hoc publicity for listed companies, accounting standards, and corporate governance," Vogt said.

"Europe is 15 years behind the United States in terms of the maturity of its biotech sector," says Pouletty. "But ultimately it will happen." 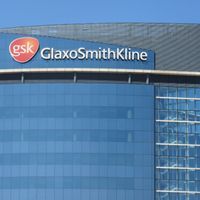