On a windy November morning, Millennium Pharmaceuticals' managers are gathered around a small table at a cafe in downtown Cambridge, Mass., for their daily chat with Joe Bolen, Millennium's chief scientific officer. Bolen walks in just after 7 a.m. Most of his outfit is straightforward business casual: white shirt, blue jeans, and a brown corduroy jacket. It's the accents – snakeskin boots, tiny scorpions embroidered on the tips of his collar, and glasses that are a swirl of pink and orange – that give a nod to his renegade days spent touring in a band. He sets his glasses down by his coffee. "We solve all the problems of the world at this table," he says.

Today, the team is planning the first clinical trials of a compound called MLN4924 that takes a lesson from Velcade, the company's successful cancer drug. Velcade blocks the normal function of the proteasome, the cell's protein disposal system. Cancer cells generate more garbage proteins than normal cells, so when the proteasome is disabled, the proteins in a cancer cell accumulate quickly and trigger the cell's own apoptosis machinery. Millennium's new compound targets molecules upstream of Velcade and has what the company calls promising results that it has presented at meetings but not yet published. "We'll be the belles of the ball at AACR [American Association of Cancer Research meeting] with this one," says Bolen.

Mark Rolfe, vice president of oncology, is scheduling meetings regarding the new trial before he sets off on a trip. "I won't be here for four or five days, and then it's Christmas. The year has disappeared," he says. "Wait a minute, are you missing all of those HR meetings we have to have?" asks Anne Burkhardt, a scientific fellow who reports to Rolfe. "That's not fair!" she says. "Careful planning," jokes Rolfe. The group bursts into laughter.

For Millennium, 2007 was a good year. At the end of the year, the market was responding to a series of positive developments at the company: Millennium's stock jumped to a three-year high the day the company announced the results of a trial at the American Society of Hematology's meeting in Atlanta in December. For the first time in years, financial analysts are predicting that the company will outperform expectations. Indeed, Millennium underwent significant restructuring, and many layoffs, to get to this point.

From music to Millennium

At the age of 14, Bolen was traveling across the country, playing gigs as a musician at small bars. He jokes that he eventually went back to school "to please my mother." When he finished his bachelor's degree at the University of Nebraska, he says he didn't really know what to do, but teaching science at a college or university didn't seem like a bad idea. He stayed on to earn a PhD. "Other than being a musician, it seemed like a great way not to grow up," says Bolen.

Fascinated by virology, he did a postdoc at the Kansas State University Cancer Center and then applied to the National Institutes of Health to work on tumor viruses. In the early 1980s, the NIH was what Bolen calls "the center of the scientific universe." Surrounded by preeminent scientists and future Nobel Prize winners such as Martin Rodbell, Bolen began to realize that he might have a talent for science. He stayed at the NIH for 10 years and was awarded the NIH Award for Meritorious Research for his work on protein tyrosine kinase oncogenes. Bolen's research has been cited over 13,000 times according to ISI Web of Science.

Bolen, though, became frustrated with his meager government salary. Then preeminent cancer researcher George Todaro invited him to work at Bristol-Myers Squibb. Bolen got the opportunity to do his own projects while still keeping a professorship at Princeton University. He enjoyed productive years at the company, where he worked out the first normal function of the proto-oncogene LCK, which is important in normal immune signaling. After a few stints at other pharma and biotech companies, Bolen was invited to lead the oncology group at Millennium in 1999.

Millennium Pharmaceuticals was started as a genomics company in 1993, at a time when the scientific community was buzzing with the promise of a fully sequenced human genome. Back then, the company's charter was to find promising genes that could become new drug targets and develop them for pharmaceutical companies. Some of those targets made it into preclinical trials, but none made it to market.

When Bolen joined, Millennium was just starting to think about becoming a drug maker in its own right, but it was still under contract to fill the pipelines of other companies. By the year 2000, the company seemed at its peak, with collaborative contracts including Roche, Bayer, Lily, Aventis, and Monsanto. The stock shot up to approximately $85 per share, split twice, and then crashed to $23 per share with the start of the recession in 2001. It wasn't alone, as other genomics companies shared the same fate.

"If it were just a matter of having the best tools, Big Pharma would win out every time. But the innovation comes from smaller places like us." –Joe Bolen

At the time, Millennium was working in a number of therapeutic areas, including cardiovascular disease, inflammation, and cancer. The company decided that it needed to change in order to become profitable, says Bolen. In 1999 Millennium had acquired Leukosite; its compound PS341 had just gone into clinical trials. "What Joe really did for the company," during those years of transition, says Nancy Simonian, Millennium's chief medical officer, was that he focused the company on "dedicating our resources in the area we think we can be world-class, rather than having multiple areas."

Millennium put most of its efforts into cancer research and development, while continuing to develop the inflammation drugs that had shown promise. In 2003, the company cut its 2,300-employee workforce by 600 in an attempt to become profitable by 2006. In 2005, then-new CEO Deborah Dunsire laid off another 100 employees. Millennium's workforce now numbers just under 1,000.

"It was traumatic," says Anne Burkhardt, a biochemist who has worked with Bolen since his days at the NIH and through many of his career moves. Bolen always tried to keep researchers focused on the goal of making successful drugs throughout the layoffs and company transitions, said Burkhardt. "You felt like you were in a sinking ship in one sense, but the captain kept saying 'hang-on, we're going to be fine'."

That trauma paid off with PS341. This small molecule fits into the catalytic cleft of the proteasome, blocking its ability to degrade garbage proteins, which the cancer cell contains in abundance. The excess of proteins stresses the cell, triggering the apoptosis pathway. PS341 became Velcade as it progressed through the clinical trials, and the drug showed so much promise that it was fast-tracked by the FDA and made available to patients in 2003 for refractory multiple myeloma. It was the first drug to target proteasome activity for cancer treatment.

Velcade's success in 2003 – followed by the 2004 Nobel Prize to Aaron Ciechanover, Avram Hershko, and Irwin Rose for the discovery of ubiquitin, which marks molecules for proteasome degradation – ushered in a new focus on proteasome biology among cancer researchers, says Angelika Burger, a pharmacologist at the University of Maryland Medical Center. Today, a number of companies are looking for drugs that act similarly on the proteasome pathway. Burger, who is not associated with Millennium, says she thinks that the ubiquitin pathway holds much promise as a drug target.

At last year's ASH conference, Millennium announced that Velcade resulted in a remission rate four times higher than that of current drug regimens alone, when given before stem cell transplantation (36% remission with Velcade compared with 9% without, a statistically significant difference). Some analysts expect that Velcade will soon win FDA approval as a first-line medication for multiple myeloma. Millennium's stock is now trading at around $14 per share, which is quite an accomplishment for a company that couldn't break through the $12 mark for years, says Mark Fightmaster of Schaeffer's Investment Research. "We are a company that now has a profitable profile," says Joe Bolen.

Bolen's early morning meetings are as important for bringing their exchange of scientific and organizational ideas as they are for socializing. There's a chatter-to-science ratio of about 2:1. For example, the discussion of where to host the first clinical trials of their new cancer drug inevitably leads to anecdotes of the last time Bolen went to Japan for a conference.

Several researchers from Burkhardt's group had asked Bolen to bring back something that was unique to Japan: Hello Kitty paraphernalia. "Those Hello Kitty crayons are great for marking Western blots," jokes Burkhardt. As luck would have it, airport officials in Japan requested a bag check from Bolen, forcing him to unpack and display countless Hello Kitty purses, crayons, toys, and lunch kits, to the teasing and guffaws of his Millennium coworkers standing on the other side of the metal detectors.

While the tone is often lighthearted, it's clear that everyone at the table feels challenged and excited by the work. "All of us who have worked in big companies think this is really different," says Chris Claiborne, head of the analytical chemistry group. "If it were just a matter of having the best tools, Big Pharma would win out every time," says Bolen. "But the innovation comes from smaller places like us. We've got people who are bright and driven enough to innovate and experiment."

Every couple of months Bolen works alongside scientists in different areas of the organization. He chronicles his mishaps, as well as the lives of the scientists he meets, in what he calls his "Take Joe to work" blog. His attempt at working with the histology lab ended in a mangled thin-tissue section in a pile of soft wax, to which the lab's scientists replied with "nodding condolences and understanding murmurs," writes Bolen in one of last year's blog entries.

Bolen's enthusiasm for science and renown within the community is evident. This morning, he's effusive about MLN4924, a drug that is more specific than Velcade because it targets proteins in the ubiquitin pathway, upstream of the proteasome. MLN4924 also has the potential of working on multiple types of cancer. "If you inhibit this target, you turn off four of the five key cancer-causing pathways that exist," says Bolen. "We're able to target many of those with a single drug. It's very exciting."

Burger says that she's seen some concern in the community about meddling with the enzyme that activates Nedd8, the protein that MLN4924 blocks. Researchers worry that because it also modulates tumor suppressor function, entirely new cancers could develop, says Burger. She says, however, that the drug could be very useful in combating particular subtypes of cancer. "I have a good feeling about Nedd8."

In the meantime, Bolen will continue to keep his scientists on their toes – as much through jokes and teasing as through his high expectations. Although they have to keep an eye on him when he comes to their labs, he makes them feel needed. "It takes a village to keep me out of trouble," says Bolen. 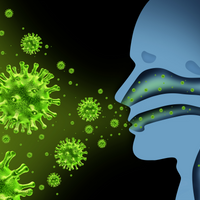 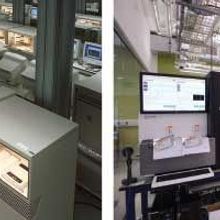