With pharma companies' pipelines relatively weak and many patents set to expire, 2004 is shaping up to be a strong year for mergers and acquisitions as firms look for a way to get quick access to products under development. In the first half of the year, acquisitions in the biotech-pharmaceutical industry nearly doubled to 315 from 177 in the last half of 2003, according to BioPharm Insight. Earlier this year Pfizer paid $1.42 billion (US) for Ann Arbor, Mich.-based Esperion Therapeutics, a company developing cardiovascular drugs. Johnson & Johnson last year added New Orleans-based Scios to its stable of biotech companies that also includes Alza in Mountain View, Calif., and Centocor in Malvern, Pa. The Scios acquisition gave Johnson & Johnson access to the drug Natrecor, for congestive heart failure, and other products in the pipeline for inflammation and cardiovascular disease.

"There's going to be a lot more consolidation....

As the biotech industry matures, a new trend in biotech-biotech mergers is emerging. In a $6.8 billion deal, Biogen and Idec Pharmaceuticals merged last November to become the world's third-largest biotech, Biogen Idec, headquartered in Cambridge, Mass. Of the top 10 largest merger and acquisition deals in 2003, half were biotech companies buying other biotech companies, according to Ernst & Young.1Amgen, Thousand Oaks, Calif., bought Immunex of Seattle in 2002 in the largest biotech acquisition to date. Then in August of this year, Amgen acquired Tularik of South San Francisco.

Mergers between two biotechs were unheard of in the early 1990s, says Mark Monane, managing director of equity research at Needham & Company. "That's a sign of the maturation of the industry," he says. "When two biotechs get together, that's an indication that they don't need Big Pharma." Hildreth says that biotech-biotech merger and acquisition transactions rose to 128 in 2003 from 70 in 2002. This year he expects as many as 150. "It will be reasonable activity, but it will be opportunistic," he says, noting that a pickup in biotech financing last year may slow the pace of consolidation as more companies have bought time to remain independent.

At Biogen Idec, the strategy behind the merger was to build a company with enough sales revenue to support its own manufacturing, marketing, and sales operations, says Craig Schneier, executive vice president of human resources at the company. "We have everything Merck has, just in miniature," he says. The combined company also has greater financial backing, allowing Biogen Idec to fund more early-stage projects simultaneously than the two companies would have been able to support on their own, adds Schneier.

Bonifant says that as biotech firms mature and branch out from specialty markets into drugs for larger patient populations, they need to build a bigger base. "You're starting to see biotech companies that are coming into markets where the advantages of scale are similar to those that the large pharma companies have enjoyed. As a result, they are seeing the power of getting bigger faster," he says.

HOW TO KNOW WHEN THE TIME IS RIGHT

The decision to merge is highly individual and depends on the specific needs and structure of both companies, analysts say. "Pharmaceutical companies are always in a cycle of research and development, and when a company is in a down cycle, that's when they're more likely to merge," says Jill Kiersky, biotech analyst at Morningstar, a Chicago investment research firm.

The most obvious form of merger is the large pharmaceutical mega-mergers that have spawned global giants with combined names such as GlaxoSmithKline and AstraZeneca. Pfizer has become the world's largest drug maker with its acquisitions of Warner-Lambert in 1999 and Pharmacia in 2002. In August Paris-based Sanofi-Synthelabo acquired Aventis, a company that had been created by the merger of France's Rhone-Poulenc and Germany's Hoechst in 1999.

Despite the trend toward consolidation, the worldwide pharmaceutical market remains fractionalized. Pfizer had sales of $45 billion last year, slightly less than 10% of the world's total sales of $466 billion. Hildreth says companies traditionally have been wary of mergers and acquisitions because of concerns about cultural differences, particularly between large drug companies and more entrepreneurial biotechs. "The entrepreneurial culture can get muted," he says. "The individual voice at the table making key decisions gets diluted, and generally the bureaucracy of the organization can slow research and development progress."

Johnson & Johnson has tried to foster independence in its biotech portfolio with a decentralized structure that often retains the biotech's original managers. The company's strategy is to focus on acquiring companies with products that have significant growth potential that will grow faster with J&J's backing than on its own. Johnson & Johnson also seeks out smaller technology firms with complementary know-how, according to Jeff Lebaw, a company spokesman. He says Johnson & Johnson tries to keep its subsidiaries empowered by consolidating back-office and other corporate functions, but leaving the companies to operate their core businesses fairly independently.

Brewer, who continued on as chief executive of Scios for less than a year after it was acquired by Johnson & Johnson, says big drug companies say they want to keep their biotech acquisitions untouched, but simply can't help themselves from butting in. "They come in with a Big Pharma attitude about how to run everything and basically screw it up," says Brewer. "If they knew how to run everything they wouldn't be looking for a pipeline, would they?" He says that while big companies believe they are giving their biotech holdings independence to remain entrepreneurial, it is only relative to the strict controls in place at the larger parent organizations.

"All of a sudden marauding herds of middle managers come in," says Brewer. Their job is to preserve their turf at all costs, and in so doing they obliterate the value of the company they acquire in some cases. "That is the grand irony," he adds. "Big Pharma should do what it does best, which is write checks and give direction to the companies ... then get out of the way."

Brewer recommends that biotech firms resist the pressure to consolidate. "There isn't any reason to rush into an acquisition," he says. "Small companies can grow themselves into big ones. There's no reason there can't be more Genentechs and Amgens. You need the will and good luck and money, but that doesn't mean you have to sell everything to Big Pharma." Indeed, despite the many arguments for consolidation, pharmaceutical mergers have a spotty track record.

In a paper published by the National Bureau of Economic Research, a team of researchers from the Wharton School of the University of Pennsylvania found that most mergers of large drug companies were driven by the need to add new products to make up for patent expirations. For small firms, mergers were used mainly as a way to cash out when they were in financial trouble.

"Mergers may be a response to trouble, but they are not an effective solution for large firms. Small firms that merged experienced slower R&D growth relative to similar firms that did not merge, suggesting that postmerger integration may divert cash from R&D," the authors wrote.2

Schneier says the Biogen Idec merger is going well but has faced obstacles. A major problem in structuring any merger, he says, is untangling legal and strategic partnerships with other companies on key products. Biogen Idec has inherited Biogen's partnership with Elan of Ireland on the multiple sclerosis drug Antegren, and Idec's copromotion deal with Genentech on the cancer drug Rituxan. "Those relationships had to be dealt with very sensitively and very carefully. It added enormous complexity. We couldn't just decide on our own to do this," says Schneier.

He says Biogen Idec also underestimated the physical toll on its employees who had to travel frequently between the two firms' headquarters in San Diego and Cambridge, Mass. Managers tried to communicate regularly with workers while the two companies were being integrated, but he says there can never be too much communication in a merger.

Bonifant recommends pulling the two merging companies together fast. "Mergers are successful when there's a strong team responsible for making the hard decisions," he says. "The Band-Aid has to be ripped off at once. The decisions have to be made." 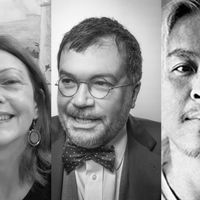 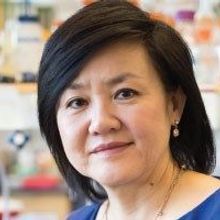