The mammalian target of rapamycin (mTOR) was already an established player in cell growth when a discovery late in 2004 stepped up interest in the molecule. TOR was originally found as a target to rapamycin, a drug used to suppress tissue-graft rejection, that was also found to have some tantalizing antitumor effects. The discovery of a rapamycin-insensitive TOR pathway in 2002 in yeast didn't quash the name of the protein, but rather led to the realization that mTOR exists in two distinct multiprotein complexes, mTORC1 and mTORC2.

In the Hot Papers featured here, two labs discovered a mammalian component of mTORC2, the rapamycin-insensitive complex. David Sabatini's lab at the Massachusetts Institute of Technology found the...

Before the discovery of Rictor, it was known that mTOR binds to the protein Raptor, forming what was later to be called mTORC1 and regulating cell growth. But with Rictor on the scene, it soon became apparent that mTOR had other functions. "We originally had no guesses what Rictor did," says Sabatini, but "a chance observation" showed that RNAi on Drosophila TOR and Rictor could affect Akt/PKB phosphorylation.

This was a huge find, says Su. "S473 has been widely used as an indicator of Akt activity, but which kinase phosphorylated this site has been unknown for a very long time." Indeed, the identity had been hotly debated.

Recent results back up mTORC2 as this missing kinase. For example, Su's lab recently knocked out a new mTORC2 component, mSIN1, in mice, finding that this inhibits S473 phosphorylation on Akt/PKB. Mark Magnuson's group at Vanderbilt University recently knocked out Rictor in mice with similar results on Akt/PKB. "There are still huge unanswered questions," says Magnuson, "like what are the functions of the different components of mTORC2?"

Hall agrees, adding that it's also unclear what's exactly upstream and downstream of mTORC2. Knocking out mTORC2 had no effect on several well-known Akt/PKB targets, such as GSK3, TSC2, and S6K, and affected only the Forkhead transcription factors Foxo1 and Foxo3. This suggests that mTORC2 might affect only Akt/PKB specificity and not overall activity. "We so far know enough to [say] that mTORC2 is of fundamental importance," Hall says, "but I think what we know is only the tip of the iceberg."

"It's fascinating that something that seems so important now, went undiscovered for so long."

Indeed, mSIN1 and Rictor knockout mice are embryonic lethal, making study difficult. Rictor knockouts begin to develop normally and then die at day E11.5 without gross structural differences, but with placental defects and indications of cellular degeneration. This led Magnuson to ask: "Does the phosphorylation of simply Akt explain this phenotype? I'm not sure we know that."

Rapamycin received a lot of attention as a possible cancer treatment drug, but with the discovery of mTORC2, rapamycin appears to only inhibit some mTOR functions. The search for mTORC2-specific inhibitors is therefore garnering a lot of attention, says Su. "It makes a lot of sense to try to block the mTORC2 pathway," he adds. "You may not want to even block fundamental energy or metabolism functions of cells through mTORC1."

Sabatini says he thinks we haven't heard the last from rapamycin. His lab recently looked into what prolonged exposure to rapamycin does to mTORC2, finding that it can reduce mTORC2 levels over time in some cell types. "This is still controversial but looks promising," says Sabatini, since it suggests that rapamycin might be useful for blocking Akt in some cells.

Building from observations that began in the 1980's with the tumor-fighting abilities of rapamycin, to now seeing a different side of mTOR, Hall says, "It's fascinating that something that seems so important now, went undiscovered for so long." 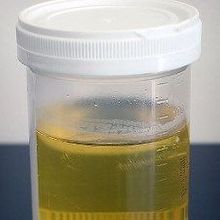