Programmed death I (PD-1), an inhibitory receptor on immune system cells, has long been known to play an important dual role in immune regulation: Preventing the immune system from attacking the self and keeping an activated immune system in check.

In 2006, however, Rafi Ahmed, of the Emory University School of Medicine, and colleagues discovered that the PD-1 pathway could also be exploited by pathogens to repress normal T cell function during chronic viral infection. In mice infected with lymphocytic choriomeningitis virus (LCMV), Ahmed found PD-1 upregulated in functionally-impaired CD8 T cells. The team then showed that preventing PD-1 activation by blocking its ligands with antibodies restored T cell function and decreased viral load in the mice. Scientists had previously believed that T cells suffered irreversible dysfunction during chronic disease. Suddenly, there was the possibility of rescue.

In 30 to 40 subsequent papers, says Ahmed, upregulated expression of the PD-1 pathway has been firmly documented as a mechanism of T cell dysfunction in the three main human chronic viral infections - HIV, hepatitis B, and hepatitis C - as well as SIV infection in non-human primates.

Further investigations of PD-1 expression on exhausted T cells led to the discovery of a plethora of inhibitory pathways active during chronic infection. Last year, Ahmed and Wherry examined the molecular signature of T cell exhaustion by comparing gene expression profiles of infected and functional CD8 T cells in mice. Microarray data not only revealed "striking" levels of PD-1 expression on the chronically infected T cells, says Wherry, but expression of a whole set of inhibitory genes, including those for known inhibitory receptors like 2B4, Ly49 family members, and GP49B. "The immune system has evolved multiple layers of negative regulation," says Wherry.

Around the same time, researchers identified a second reversible pathway involved in HIV T cell inhibition. In the study, Daniel Kaufmann, an instructor at PARC, and colleagues showed that blocking CTLA-4, another inhibitory immunoregulatory receptor, can also reverse T cell dysfunction in chronic infection. They noted that in HIV infection, CTLA-4 is selectively upregulated in CD4 T cells but not CD8 cells, demonstrating that different types of T cells utilize different combinations of inhibitory pathways.

How PD-1 blocks T cell activation is still an open question, says Ahmed. Researchers know that PD-1 has two tyrosine molecules on its cytoplasmic tail that get phosphorylated when PD-1 binds a ligand. The tail then binds phosphatases in the T cell, triggering a downregulation of antigen receptor signaling. But few additional details are known, says Freeman.

Recent research seems only to be further muddying the waters. Last year Freeman and colleagues implicated an additional co-stimulatory molecule in the inhibition pathway, B7-1. B7-1 binds the PD-1 ligand, PD-L1, as well and also induces an inhibitory signal in T cells. This suggests that B7-1 and PD-1 may compete for binding of PD-L1. "It complicates the whole pathway in vitro," says Ahmed. Freeman agrees, and notes that because PD-L1 binds two inhibitory receptors, it may play a more crucial role in immune response than previously believed. This also may explain the greater immune salvaging effect of an anti-PD-L1 blockade compared to an anti-PD-L2 blockade, a result previously attributed to differential expression of the molecules.

Also, this past July researchers revealed the crystal structures of the PD-1/PD-L1 and PD-1/PD-L2 complexes. The structural data shows the binding interfaces between PD-1 and its two ligands, vital information for developing improved ways to manipulate their interaction: Some research groups are already using this structural data to develop ligands with higher affinity as immunosuppressants, says Freeman.

But before investigating molecular mechanisms, researchers are focused on turning the research into therapy. The next step is to determine the side effects of blocking the PD-1 pathway in vivo. "All indications are if you block it, the immune system will be more active. The big question is if you do that, is it safe?" says Freeman. Ahmed and his team are beginning experiments in non-human primates with SIV. He expects results on in vivo blockades to be published within the next 6-12 months. "Those papers will be extremely critical in taking [the research] to the next step," says Ahmed. 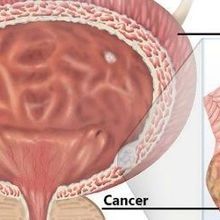 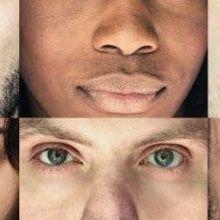