After Kate Fitzgerald submitted her thesis on adhesion molecules at Trinity College, Dublin, she was ready for a change of scenery. So when her graduate advisor, Luke O'Neill, set out for a sabbatical at Millennium Pharmaceuticals, the young immunologist jumped at the chance to join him. Her summer spent studying a cytokine receptor in Boston "cemented in my mind that I wanted to live here," she says. The city offered the thriving research community she craved.

With a job offer from Millennium, Fitzgerald returned to Ireland to defend her thesis, but a company acquisition soon put a freeze on new hires. While waiting for things to thaw, she finished an absent postdoc's research on Toll-like receptor (TLR) signaling, a field that had always interested her. "There was a Nature paper every week describing Toll receptors and their role in immune response," she says. "I was jealous."

Millennium's delay was her gain. TLRs had recently been found to engage one adaptor molecule in the cytoplasm, Myd88, through a shared TIR (Toll/interleukin-1 receptor) domain. "It became really obvious, there's got to be other things that get recruited. ... Why would you need 10 [TLRs] if they all activate the same response?" She identified MAL (Myd88-adaptor like protein), and in 2000, got her Nature paper.1 The industry job never came through, but by then Fitzgerald was sold on academia and the flexibility it afforded.

Fresh off her discovery, Fitzgerald snagged the Wellcome Trust Research Award and returned to the Boston area to postdoc in Doug Golenbock's lab at University of Massachusetts Medical School in Worcester, where she studied bacterial lipopolysaccharide signaling pathways in innate immunity.

One Monday morning, she entered Golenbock's office with sequence printouts and announced that she and then future husband, Daniel Caffrey, a computational biologist at Pfizer, had found two other TLR adaptors with the defining TIR domain (Golenbock still teases them about spending a Sunday with BLAST). Fitzgerald worked on TRIF (TIR domain-containing adaptor inducing interferon b) until others published on it, and characterized and published on the fourth adaptor, TRAM (TRIF-like receptor adaptor molecule).2 Soon after, she identified two kinases in the interferon-response pathway regulated by TRIF and TRAM.3

Three years into her postdoc, Fitzgerald was promoted to assistant professor. She still studies kinases in antiviral responses and now works on the flip side of immune system homeostasis: how the interferon response is shut down.

Fitzgerald says her would-be boss at Millennium, with whom she collaborated on the kinase paper, likes to joke that he's responsible for her success. Had she not been forced to wait, she might have missed a career-making discovery. More important, Fitzgerald just knows what to do with her spare time. 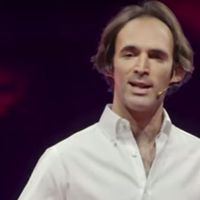