Researchers have identified a molecular pathway possibly linking the Monarch butterfly's central circadian clock to photoreceptors involved in its "sun compass," which is used to orient its flight during migration.1 Steven Reppert and colleagues at the University of Massachusetts Medical School performed three experiments focusing on polarized light inputs.

They first characterized a specialized dorsal rim area of the Monarch eye that is monochromatic for ultraviolet (UV) opsins. Next they performed behavioral studies with a polarized light filter and observed that in the absence of direct sunlight, the butterflies still adapted their orientation to that of the moving filter. "But when UV inputs were blocked, the butterflies started flying in circles," Reppert says. Finally, the team identified the presence of the and genes – thought to code for the circadian clock when expressed together – in the dorsolateral protocerebrum of the butterfly's brain, in a rhythmic pattern. The team also detected a neural pathway that might connect the circadian clock to the polarized light inputs entering the dorsal rim area.

"These findings are very different from what you find in flies and in most other similar models," says Claude Desplan of New York University. "Flies, for instance, have their own clock in the photoreceptors themselves. ... Here, there is a direct connection with the central clock through the CRY [cryptochrome] neurons. It may be that flies also have a direct connection between the photoreceptors and the central clock." 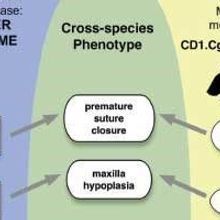