Regenesis: How Synthetic Biology Will Reinvent Nature and Ourselves

George Church has been the consummate insider in genomic engineering ever since a 1970s “teenage version of myself” helped crack the 3-D structure of tRNA. Now, the Harvard professor, Human Genome Project principal, inventor, and serial bioentrepreneur teams up with science writer Ed Regis to tell the inside story of the race to understand and manipulate life “from the molecules up,” which they call “the sixth industrial revolution.” The result is an important and surprisingly accessible book, magisterially structured to intertwine the accelerated history of synthetic biology with its precedents in humanity’s earlier technological revolutions and in the epochal evolution of life itself. The book packs in a superb short course on life’s molecular workings, enabling the reader to grasp how we can actually contemplate resurrecting mammoths and Neanderthals,...

The Half-Life of Facts: Why Everything We Know Has an Expiration Date

Did you think a “fact” was something proven to be true? Behold its Pluto-like demotion to merely something we think is true—for now. “Facts” live and die, writes Samuel Arbesman in this nifty introduction to “scientometrics,” the ecology of knowledge; facts migrate through social networks, interbreed, evolve, and undergo mass extinctions. Surprisingly, the growth and turnover of knowledge plot the same predictable curves as bacteria in a petri dish or a radioisotope’s decay. But predictable doesn’t mean optimal: errors are perpetuated, effort is duplicated, and pieces of many a lifesaving puzzle lie buried in widely separated studies. Data mining and crowdsourcing are beginning to leverage computers to extract more value from what we don’t know we know.

Arriving just as a seemingly solid fact—random mutation—is shaken by the epigenetics earthquake, this book is well timed. And it’s full of fascinating tidbits: DNA-copying enzymes make the same mistakes as medieval scribes! Unfortunately, the book is marred by clumsy writing and careless editing, overlooking even the odd mathematical howler: included on a chart of technological capacities that double in mere months is “DNA sequencing, dollars per base [pair].” That’s stated backwards—it’s the bang, not the buck, that doubles. 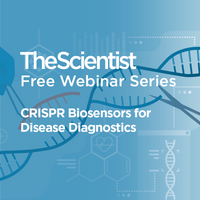