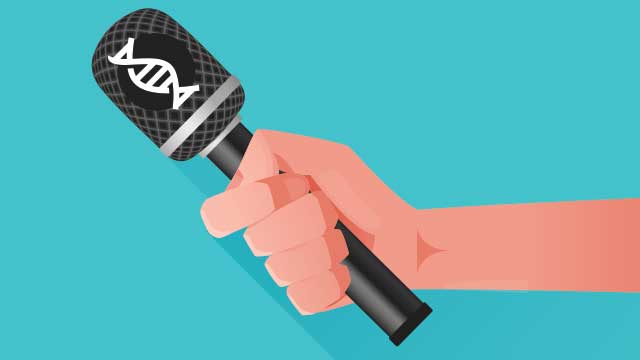 When Turing Pharmaceuticals and its reviled CEO Martin Shkreli sparked outrage last September by jacking up the price of the toxoplasmosis-fighting drug Daraprim, Bill Sullivan had a story to tell. His parasite research lab at the Indiana University (IU) School of Medicine had just published a study showing that a drug already approved by the US Food and Drug Administration successfully treats toxoplasmosis in mice, and could soon offer an alternative to Daraprim’s exorbitant cost. “The fact that Daraprim was raised from $13.50/pill to $750/pill provided a strong impetus to shout our discovery from the rooftops,” Sullivan wrote in an email to The Scientist.

He decided his group’s paper, published online in Antimicrobial Agents and Chemotherapy in August 2015, merited special attention. “I generally leave this in the capable hands of our university’s media relations team,” Sullivan wrote. “However, unique situations may arise that mandate additional...

His public relations office had already written a press release about the study. With that in hand, Sullivan began contacting media outlets covering the Daraprim situation. He knew the university had sent the statement out on the wires, but he wanted to reach out directly to publications “that IU may not have sent it to,” he wrote. He emailed reporters and editors, sharing the press release and offering to speak about his new research. The work paid off: Sullivan successfully landed coverage of his study online in FierceBiotech Research and The Scientist. This attention also earned his research a mention in Forbes in December.

Not every research project has such a timely news hook, but that doesn’t mean it’s not worthy of media attention. More and more researchers seem to be taking it upon themselves to garner that attention. Some do so in partnership with their press offices; others strike out on their own. These practices are a shift from the traditional method of working behind the scenes and allowing public information officers (PIOs) to serve as the initiators and mediators of contact with journalists—a change spurred by an evolving media landscape. As the Internet has provided instantaneous news and increased reporter accessibility, the public has begun to demand timely information on cutting-edge science.

Paul Shaw was a postdoctoral fellow at the Neurosciences Institute in California when the media became an important part of his career. As a nonprofit research organization, the institute relied entirely on private donors for its funding. “We weren’t allowed to apply for grants,” Shaw remembers. But to reach potential donors, Shaw had to make them aware of his research, which involved developing fruit fly models to study the molecular basis of sleep deprivation. “Part of my job as a scientist is to try to get my work, that’s interesting, out to the public,” he says.

At the Neurosciences Institute, a dedicated PIO bore the brunt of the burden, regularly checking in with Shaw and the other researchers and then reaching out to reporters. But now that Shaw is an associate professor at Washington University in St. Louis—home to more than 3,000 research projects each year and a much busier press staff—he has at times found it more efficient to personally alert members of the media to an upcoming paper. “If you have an exciting story, it’s worth highlighting where it came from.”

Diamonds in the rough

Not every research paper will be interesting to the general public, of course. Many scientific achievements are incremental or theoretical in nature, with less appeal to a lay audience. “We have some stories that are very much ‘inside baseball,’” says Michael Levin, director of the Tufts Center for Regenerative and Developmental Biology, who studies bioelectric cell signaling during regeneration. “There will be a segment of the scientific community that will be really interested, but an average person won’t be.”

There’s a lot that we think is cool and that we’re excited about, but don’t think the public would be jumping off their couches to hear about.—Paul Shaw,
Washington University in St. Louis

Knowing what makes a good read can be difficult for a researcher who has been immersed in a field of study for years, but the difference can become clear as you try to describe your research to a nonscientist. “There are things that resonate with me that may not resonate with other people,” says Shaw. “There’s a lot that we think is cool and that we’re excited about, but don’t think the public would be jumping off their couches to hear about.”

Is there context you can provide that will make it interesting, even if the study itself is complex? The papers likely to be picked up by the press are those “that have a story associated with them. That’s the thing,” says Richard Unsworth, a marine ecologist at Swansea University in Wales.

Once a potential subject is chosen, the real challenge begins. You or a colleague must contact a publication, and you need more than just a PDF of your manuscript—you need a message to communicate. “The story” Unsworth emphasized must be written succinctly and clearly and in a way that will catch the attention of a journalist or editor.

If a PIO has already written a press release, you may opt to send that. Others prefer to craft their own pitches. Levin compares his summaries to a cover letter for a journal. “I put it into context—trying to explain why people might care about this and what the implications are,” he says. Scientists managing their own direct outreach occasionally enlist input on written pitches from postdocs or students involved in the research. “I run it past people for clarity,” says Shaw.

Next, you’ll need to get your message to an appropriate in-box. If you’ve had prior experiences with the media, you can go back to writers who’ve shown interest in your work and who have communicated it thoughtfully. Levin and Shaw both keep tabs on journalists in their network whom they can alert to upcoming studies. “I keep a list of science writers and reporters that I trust and who do a good job. When something comes along, I make sure to let [them] know,” says Levin.

For others, finding the right people to pitch requires “what scientists do best—research,” Sullivan wrote to The Scientist. Tina Hesman Saey, a molecular biology writer with Science News, advises scientists to tailor their approach to a specific reporter or outlet: “They shouldn’t contact just any journalist. Really take a look at what that person has done,” she says. “If you like their work, and feel that they’re someone who’s trustworthy, then contact them.” To track down a journalist, some researchers have found social media sites such as Twitter and LinkedIn valuable resources in the hunt for contact information.

Saey says she normally receives story tips from researchers as elevator pitches. “They’ll send me an email, sometimes they’ll attach the manuscript, other times they’ll say, ‘If this sounds interesting, I can send you the manuscript,’” she describes. “It really varies.”

Alternatively, researchers may choose to pitch to a publication, rather than a specific journalist. Ahmad Khalil, a geneticist at Case Western Reserve University in Ohio, successfully took this approach last year when he reached out to an editor at The Scientist with a story tip on long noncoding RNAs. “I read The Scientist magazine, and when we had this story published I thought it would be a good fit,” he later told The Scientist. His work was featured in The Literature section of last month’s issue of the magazine. (See “Managing Methylation,” January 2016.)

Researchers who take such initiative generally see it pay off, especially if they can find a balance between their own legwork and the support of their institutional press offices. “It reflects my time availability,” says Unsworth. “Reaching out is more effort, at the end of the day, than if you give it to a PR person to run with.” (See “Know Your PIO,” The Scientist, January 2015.)

“I get the PR people involved,” echoes Shaw. “And if they sell the story, great—then I can sit back and let them do their thing.” But, he adds, “I will still reach out to people I know from the past.”

Timing is (almost) everything

Journals dictate how early an upcoming paper can be discussed with the news media. Many scientific publications do not allow researchers to discuss the work until it has been slated for public release. Larger journals will then offer the paper to the press under embargo; a select few studies will be highlighted in a prepublication email to journalists. Typically, these notices go out a week or less before the study is published. “It’s kind of crazy to wait, wait, wait and then hurry up,” says Levin. “Some of these journals won’t let you say anything until a couple of days before the story comes out.”

The short turnaround time can limit how a news organization arranges to cover a given study. If there are only a few days to report and write a story, other breaking news might take precedence in that time frame, says Saey. If possible, more advance notice from a researcher is helpful. By a day or two after publication, many media outlets will already see the study as old news. “If they contact me after the paper’s been published, there’s not a lot I can do about that as a news story. It’s already too late,” Saey says, though she notes that the idea might still wind up in a different article.

Differentiating between local news media and national outlets can also make or break coverage. “I’d rather get a pitch from a local physician than from a giant PR company in New York or Chicago,” says Shari Rudavsky, a health and medicine reporter with The Indianapolis Star to whom Sullivan successfully pitched his parasite research. “That local physician has a lot more relevance for me.” At a regional outlet, Rudavsky also finds herself less bound to the daily news cycle, and able to cover work that has already been published.

Levin says he can’t always predict which of his pitches will be well-received. “I’ve been surprised when certain papers get more publicity, and I’m not exactly sure what determines that,” he says. “But I kind of roll with it.” And often when a pitch gets rejected, the journalist or editor will make a point of requesting future contact. After all, media professionals benefit from relationships with scientists, gaining access to research that might be overlooked by other outlets and having a reliable source to comment on related work in the field.

“I don’t always cover it,” says Saey, “but I always appreciate it.”