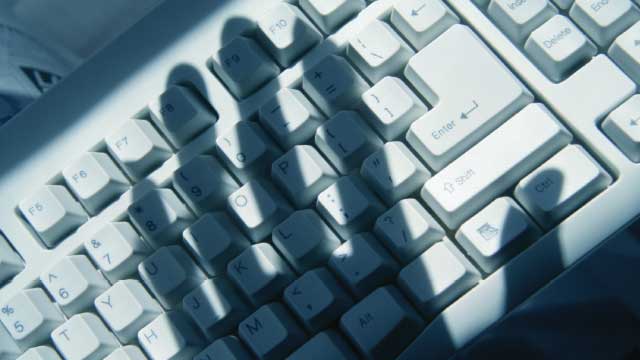 When Björn Bauer began his research career, he was eager to establish himself as an expert in his field. So he was delighted when, in 2011, the publisher of a journal called Pharmacologia emailed him an invitation to join the publication’s editorial advisory board. As requested, Bauer sent a copy of his biographical sketch. Soon after, his name appeared on the Pharmacologia website. Aside from a few administrative emails, he did not hear from the publisher, which, he says, never contacted him to review any manuscripts or consult on other editorial decisions.

“I looked at their website, and it looked like a new start-up journal,” recalls Bauer, now an associate professor of pharmacy at the University of Kentucky. But after months—then years—of silence, he began to suspect something was awry.

Following a 2013 conversation with a journalist at The Scientist who identified Pharmacologia as a publisher of...

The reason I call certain pub­lishers predatory is because they prey on people. They try to trick honest researchers, and sometimes they are successful.—Jeffrey Beall, University of Colorado Den­ver

While there are several reasons reputable scientists might get involved with fake journals, by and large it’s because they don’t realize what they’re dealing with. “They’re tricked. They think it’s a legitimate journal, they get the invitation in the mail, and they accept it,” says the University of Colorado Denver librarian Jeffrey Beall, who coined the term “predatory publishing” nearly a decade ago. “The reason I call [certain publishers] predatory is because they prey on people. They try to trick honest researchers, and sometimes they are successful.” 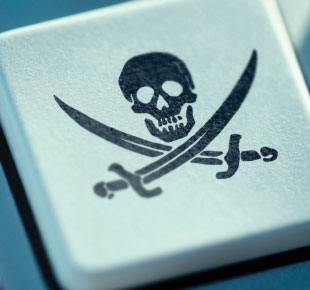 © iSTOCK.COM/SITADEIn a 2015 analysis, information-systems scientists Cenyu Shen and Bo-Christer Björk of the Hanken School of Economics in Helsinki, Finland, reported that, between 2010 and 2014, predatory journals had increased their publication volume from 53,000 to 420,000 articles per year. Considering the number of papers and average article-processing charge (APC) fees for around 8,000 titles, Shen and Björk estimated that the predatory publishing market was worth around $74 million in 2014 (BMC Medicine, 13:230).

Predatory publishing “has really turned into a plague,” says Chad Cook, a musculoskeletal clinical researcher at Duke University. Some days, he receives more than a dozen invitations to publish in and join the editorial boards of scientific journals. “I get asked to join the editorial boards of diabetes journals, sexual dysfunction [journals], infectious disease [journals]—a number of areas that are not my expertise.” Cook—who is an editor at the British Journal of Sports Medicine and the Journal of Orthopedic and Sports Physical Therapy, both reputable publications—has set up various spam filters to deal with the deluge of suspicious email invitations.

In 2009, Beall began helping scientists like Cook distinguish legitimate invites from spurious ones by launching a list of journals published by organizations he considered predatory. The list went dark this January, however—a choice that Beall says was not his own. In a recent Biochemia Medica opinion article, Beall alleged that he faced “intense pressure” from his institution to shut the list down, though the university denied the allegations. Beall says he has says he has no plans to resume publication at this time.

“It was him against the world for a while,” says Cook, referring to Beall’s public finger-pointing. “He elevated the level of communication [on predatory publishing]. To me, that’s the most powerful thing that has been done at this point.”

With the help of Beall’s list, more scientists have become aware of the problem of predatory publishing, and some scholars have even turned the tables on tricksters, submitting obviously sham papers to suspect journals. Researchers reported publishing fully made-up papers in some “peer-reviewed” journals with ease, provided they paid an APC fee. In March, academics at the University of Wroc?aw in Poland described in Nature how they had created a phony persona, then succeeded in placing the faux scholar on the editorial boards of 48 of 360 journals they had contacted (543:481-83, 2017).

See “Opinion: Why I Published in a Predatory Journal”

We encourage people to look beyond a single identifier; there is no single indicator of quality research out there.—Andy Pleffer, Macquarie University

In 2013, the predatory publishing discussion transcended scholarly circles when the US Department of Health and Human Services (HHS) wrote in a letter to OMICS Group Inc., which puts out a variety of suspect titles, stating that the publisher should “cease and desist from employing [HHS’s] name or the name of any of our agencies, institutes, or employees on your website for other than true factual statements.” And last year, the US Federal Trade Commission (FTC) filed a complaint against OMICS Group alleging violations of the FTC Act, a broad law passed in 1914 meant to, among other things, protect consumers against deception. “In numerous instances, individuals who have agreed to serve as peer reviewers for [OMICS Group journals] either never receive any manuscripts to review or discover that, when they access the online manuscript review system to review their assigned articles, the articles have already been approved for publication,” the agency noted.

Beall says he believes the predatory publishing problem is waning, but adds that it still poses a risk to legitimate scholarly pursuits. “Scholarly publishing and science are threatened because of all the junk that’s being published.”

At Macquarie University in Sydney, Australia, administrator Andy Pleffer helps faculty decide when and where to publish their work. In his experience, even senior scholars are sometimes tricked by publishing scams. While junior scientists are more likely to be targeted by predatory publishers, “it can be across the whole [career] spectrum,” says Pleffer. “On some level, over time you get experienced researchers who can sniff a rat, but in other cases, because of limited experience or limited information, they’re just as easily able to fall into these traps.”

Virginia Barbour, chair of the nonprofit Committee on Publication Ethics (COPE) until the end of May 2017, says the organization has not extensively examined predatory publishing practices, but has partnered with the “Think. Check. Submit.” initiative, which aims to help researchers identify legit journals. “Our approach has been much more towards building a positive culture rather than attempting to catalog the behavior of the suspect journals,” Barbour told The Scientist in an email in April.

To that end, several groups have replaced what many considered a so-called blacklist—Beall’s—with “whitelists” highlighting reputable publishers. In addition, COPE, the Directory of Open Access Journals, the Open Access Scholarly Publishers Association, and the World Association of Medical Editors have outlined “principles of transparency and best practice in scholarly publishing.” Among these standards are that the journal clearly state its peer-review policies, APC fees, and editorial board membership.

These guidelines can help researchers as they decide where to publish their work or whether to join a journal’s editorial board, Pleffer says, but it’s ultimately up to the scientist to judge for herself whether associating with a particular publication is likely to be beneficial. Any individual journal-evaluation system, he says, may be subject to potential inaccuracies, and could quickly become outdated.

“We encourage people to look beyond a single identifier; there is no single indicator of quality research out there,” Pleffer says. “More than anything,” he adds, “it’s important for individual researchers to be actively engaged in this space so that they have a good level of understanding and control about where they are publishing their research.”

Still, predatory publications have found myriad ways to mimic legitimate journals. The best defense, says Bauer, is open communication. “Whenever I make mistakes,” he says, “I always tell people around me, [so they] don’t make the same mistakes.”

He and his wife Anika Hartz, also an associate professor at the University of Kentucky and co–principal investigator of their blood-brain barrier research lab, have used Bauer’s personal experience of being associated with a predatory publisher as a teaching tool for students and trainees. “I would assume you find this with more-junior people, who are eager to demonstrate acceptance into the field [and] have something to put on their CV in the early stages of their academic career,” says Bauer. “That’s exactly the situation I was in.”

Correction (July 18): This story has been updated from its original version to indicate that Virginia Barbour’s term as chair of the nonprofit Committee on Publication Ethics (COPE) ended in May. The Scientist regrets the error.