In the fall of 2005, Dana Ferguson’s ex-husband was diagnosed with pancreatic cancer. The two were both cell biology professors at the University of California, and shared custody of their two young children. Ferguson (who asked that her real name not be used) took time off from work to care for her ex and to accompany him to doctor appointments. Within 2 months of his diagnosis, he died. Then, in January 2006, just weeks after his death, Ferguson herself was diagnosed with cancer.

At first, she didn’t tell anyone about her own illness. “I couldn’t tell my kids. My god, they just lost their father,” she says. But when she decided to get another medical opinion, Ferguson reached out to colleagues in cancer departments. “This is the thing scientists benefit from. They always have contacts.” She got second and third opinions, which contradicted her first physician’s assessment that the disease was sarcoma, leading to a correct diagnosis of lymphoma and a treatment regime that brought her cancer into remission.

For pretty much all of 2006, Ferguson did not come into the lab. During the first few months, she was dealing with the loss of her ex-husband and trying to track down her own diagnosis. Then it was 5 months of chemotherapy, 1 month of radiation, and 2 months of exhaustion after the radiation ended. “The worst part of going through chemo, if you feel OK, is, you’re freaking out and you need something to keep your mind occupied,” Ferguson says, which, for her, meant continuing to work—from home.

Getting help from friends

At the time, Ferguson’s lab included about six postdocs and grad students, all of whom had been in the lab for some time and could work well without her daily presence. Instead of coming in to see them, once a week Ferguson would have one or two lab members come to her. “They’d come with all their data, we’d sit [out] back and lay it all out,” she says. Being at home—without many of the distractions of campus—afforded Ferguson a lot of time for writing. “I was probably the most productive ever in my career” with respect to turning out papers, she says.

Medical issues seemed to come up at inopportune times, like when I was about to go to a meeting, things would start to hit the fan. —Timothy Van Meter, University of Richmond

Part of making her situation fruitful was being able to rely on help from her colleagues. One fellow faculty member offered to act as a fill-in mentor and handle mundane tasks, such as signing radiation-use forms. Others stepped in to teach her courses. Normally, Ferguson would give 45 hours’ worth of lectures per year. Her colleagues teamed up to cover her course load, and her department helped her out with teaching relief. “A lecture or two for them is nothing, and for you it’s gold,” she says.

After a year of working from home, Ferguson returned to the lab. She says it was vital that she was willing to talk about her situation with her department. “I think it’s important to tell people. They can’t help you otherwise,” she says.

Neuro-oncologist Timothy Van Meter also reached out to colleagues when his daughter, Abby, was born. She was microcephalic, small for her gestational age, and had a slow heart rate. At first, it wasn’t clear why Abby wasn’t developing typically, but Van Meter ultimately figured out that it was the result of in utero exposure to cytomegalovirus (CMV). At the time, in 2007, he had just transitioned from a postdoc to a research faculty position at Virginia Commonwealth University (VCU), and he contacted a CMV researcher at the school. “Having an expert there who could tell us what was ahead was very useful,” Van Meter says.

As Abby got older, her impairments unfolded. She has some hearing loss, along with severe developmental delays. She can’t talk or walk, although she laughs and smiles and flirts with her long eyelashes. She can also take 10 to 20 steps in her walker “on a good day, especially to get to other kids on the playground,” her father says. Van Meter would approach his colleagues in the medical school and ask for their advice or a recommendation of an expert on whatever issue Abby was dealing with at the time. “Don’t be afraid to ask for help,” he says.

Van Meter continued to run a lab and teach while running around to Abby’s medical appointments. “There’s a lot of that that you can manage by e-mail and phone, but you need to have a physical presence in the lab because you’re the go-to guy,” he says. So, on a typical day, Van Meter might come to the lab in the morning, head to one of Abby’s appointments during lunch, and work from home at night. “I always had physical presence in the lab and went in for meetings that were critical,” he says.

Such a schedule was physically and emotionally exhausting, and working from home became a challenge, as Abby’s needs were round-the-clock. “Medical issues seemed to come up at inopportune times, like when I was about to go to a meeting, things would start to hit the fan,” he says. It was tough to keep his attention focused on work, and his research and grants did not get the time he would have normally devoted to them. At the same time, the country went into a recession and many investigators could not get their funding renewed—including Van Meter. He decided to fall back on teaching and took a position at the University of Richmond, while continuing research at VCU part time.

Don’t isolate and think you’re the only one going through this. —Teresa Rasco, Stanford’s WorkLife Office

For Carolyn Cannuscio, an investigator at the Philadelphia VA Medical Center and assistant professor at the University of Pennsylvania, a part-time option would have helped her immensely when she had to help take care of her elderly grandmother. A busy mother of two children at the time, Cannuscio (now with three kids) had offered to move her grandmother from Florida to Pennsylvania so that she could be closer to family. “For me, because I have very young children, caring for my grandmother and launching a successful career felt like a real daily challenge. There was always something that needed more of my attention than I could give,” she says.

Cannuscio had also recently suffered the death of her father. Like Ferguson’s ex-husband, Cannuscio’s father died only a few months after his cancer diagnosis. She spent weekends on Long Island with her father before he died, while continuing to teach classes. Cannuscio had let her students and colleagues in on what was going on with her family, and she says they responded with understanding and flexibility. At one point, a colleague agreed to fill in for her during a class in which her students were presenting their research proposals, and Cannuscio supervised from New York via Skype. “They were supportive and incredibly grateful that I wanted to be there,” she says.

Perhaps even more difficult than her father’s death was her sorrow after he was gone. Cannuscio was teaching one new course and three sections of another. Her grief made her feel disorganized, overwhelmed, and exhausted. She decided to take advantage of a university policy to extend her tenure review clock by a year, though she doesn’t know if she will use the extra time. “It’s a hard decision, because how do promotion committees feel about that? Is there any negative effect of taking advantage to slow the clock? I don’t know. I won’t know until I go up for review.”

Universities and larger organizations typically have a suite of support services to help faculty, staff, and students manage their careers during difficult times. Cannuscio had called the human resources department at her institution while she was struggling with her father’s illness, and staff there suggested a counselor.

Human resource or work-life offices can also help employees find backup child care or elder care. Stanford University, for instance, subsidizes the cost of having an elder-care provider go to the faculty member’s house (or wherever the elder resides). The office can also help faculty and staff locate care for family members who live in other parts of the country.

Teresa Rasco, the deputy director of Stanford’s WorkLife Office, urges scientists going through a personal challenge to seek out the help of others, whether it’s from professionals or others who have had similar experiences. “Don’t isolate and think you’re the only one going through this,” she says. Van Meter agrees. He and his wife found that joining a support group for parents of children with disabilities was incredibly useful. The other parents were especially helpful as Van Meter was navigating the complexities of health care benefits, such as whether Abby qualified for a therapy subsidized by the government. “In terms of not knowing where to turn, someone can at least push you in the right direction,” he says.

Even in less trying times, support groups can come in handy. Ellen Daniell, who worked in the biotech industry and as an academic researcher before becoming a full-time writer on strategies for women in science, has been part of an all-scientist support group since the late 1970s. Every other week, the group meets at a member’s house to discuss any issue the members want to air—from problems with stepchildren to feeling overburdened by work. “It saw me personally through being denied tenure at Berkeley, establishing myself in another career, and, by choice, retiring from that career to write the book” about the support group, Daniell says.

Even if not in a structured group, opening up to others is important. Ferguson says that the support she received from her colleagues buoyed her during a horrible year. Just encouraging her that she would make it through the cancer treatments, or complimenting her on her wig, or simply calling up to chat about everyday things to let her know that life was still carrying on, made her feel better. “You can help,” she says. “You [can] make a big difference in people’s lives, and can turn a really terrible experience into a very tolerable experience.”

Where to go for help

• Associations focused on particular diseases have resources for patients and caregivers. For instance, the Alzheimer’s Association has a 24/7 helpline (800-272-3900), and the American Cancer Society has local chapters, plus online guidance on all aspects of dealing with cancer, such as health insurance and caregiving. Autism Speaks has an Autism Response Team that will respond to questions by e-mail or phone.

• ClinicalTrials.gov is the government database for human trials. If you don’t have luck searching there, disease-specific organizations such as the Crohn’s and Colitis Foundation of America also have information on joining clinical trials.

• Social media outlets such as Facebook are full of support groups for just about everybody ranging from parents of children with special needs to people with rare chromosome disorders. For instance, the Autism Speaks Facebook page, which boasts more than 1,000,000 “likes,” is full of event updates, news reports, legislative activities, and blog posts that might interest families of people with autism. Support groups for many conditions provide a similar mix of information. The Irritable Bowel Syndrome Self Help and Support Group, for example, fosters conversation on topics such as how to handle pregnancy or different diets while coping with the chronic condition.

• If you want to read Ellen Daniell’s advice on how scientists can form a productive support group and help one another make it through personal and professional struggles, pick up her book, Every Other Thursday.

• For services such as counseling, child care, and elder care, or to find out about your institution’s health insurance and leave policies, call your human resources office. 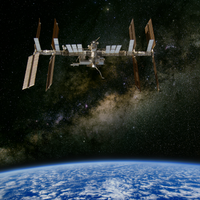