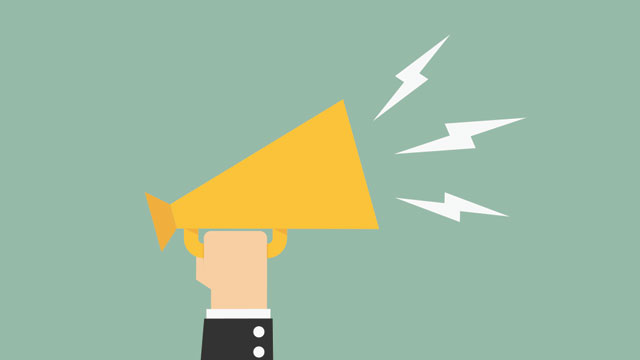 While Nélida Leiva-Eriksson was wrapping up her PhD studies in biochemistry at Lund University in Sweden last year, her advisor suggested that she contact the school’s communications department to discuss her work and future plans. The timing was right: she had just published a paper in Plant & Cell Physiology on the differential expression of hemoglobin genes during sugar beet (Beta vulgaris spp. vulgaris) growth. After defending her thesis, Leiva-Eriksson was fielding phone calls from journalists eager to learn more about her work. A university press release issued in November had captured international media attention.

“Now, after everything has calmed down, I think overall [the experience] was very good,” says Leiva-Eriksson, who is now at the University of Essex in the U.K. “I got a lot of questions and interest in my work, which I hope will be reflected in resource allocation to this project.”...

For life-science researchers, speaking with the media is important to help broadcast their research findings and to ensure the accuracy of reports about their discoveries. More personally, accepting interviews with journalists can help scientists become recognized—by colleagues, journal editors, and funding agencies—as experts in their fields. (See “Why Trust a Reporter?” The Scientist, September 2010.) But the phone will never ring if no reporters are aware of the work.

Enter university public information officers (PIOs). As important players in the dissemination of scientific knowledge, they mediate researcher-journalist relations and write and distribute press releases announcing new and noteworthy research happening at their institutions. Many PIOs were once scientists or journalists themselves, and this insider’s perspective on both ends of the science-communication spectrum can help the two parties find common ground.

“In some cases there can really be a disconnect between scientific journal articles, which tend to be cautious, and media coverage, which can ride on sensationalism. Sometimes I’ve been a bit hesitant to speak with journalists because of that,” says microbiome researcher Jennifer Fettweis of Virginia Commonwealth University’s Center for the Study of Biological Complexity. “University media-relations departments can help bridge that gap.”

Scientists outnumber PIOs at every research institution, making it impossible for PIOs to keep up with all the research happening in every lab. While some PIOs are able to periodically check in with the scientists on their beat to find out what they’re working on, most often they rely on researchers to reach out when they have something new to share.

“The most common misconception [about the work of PIOs] is that we actually know what’s being published and what’s coming up,” says Mika Ono, director of communications at Scripps Research Institute in La Jolla, California. “We don’t really know. . . . We don’t have some sort of central repository of information.”

“The single largest obstacle is learning about research findings in a timely way,” agrees Matt Shipman, a science writer and editor at North Carolina State University in Raleigh. But convincing researchers to take a proactive approach to sharing their work with a broad audience is not easy, he adds. “No one becomes a professor in order to talk to the public-relations guy; that’s not what their focus is on.”

There can really be a disconnect between scientific journal articles, which tend to be cautious, and media coverage, which can ride on sensationalism. University media-relations departments can help bridge that gap.—Jennifer Fettweis, Center for the Study of Biological Complexity, Virginia Commonwealth University

Researchers may also be unsure which of their research studies warrants a call to the PIO. Thousands of biomedical research papers are published every day. To be sure, very few of them are newsworthy enough to alert the general media, and for a scientist who has pursued a line of research for several years, it can be difficult to recognize those that are. Journal name recognition can certainly help, and the publishers of Nature and Science have their own press offices that issue media advisories pertaining to some papers to be printed in their pages. For this reason, it’s especially important that researchers also bring papers slated to appear in lesser-known journals to the attention of PIOs, as these are the studies that are more likely to be overlooked by the media.

Keeping up with the science sections of news publications is a great way to get a feel for the types of stories that are covered. Journalists and PIOs apply a variety of filters to determine the newsworthiness of a paper, patent, or other announcement. According to the PIOs The Scientist spoke with, applicability is the single biggest factor. Stories covering basic research can indirectly impact policy or public health, for example, or influence how other scientists approach their work. Biomedical work may directly influence clinical practice. “When communicating research you have to focus on the utility—implications or applications,” says Earle Holland, who worked in research communications at Ohio State University for 35 years until his retirement in 2012.

“A great story about academic research . . . needs to be able to answer the question: ‘So what?’” agrees A’ndrea Messer, a senior science and research information officer at Penn State University. “If it can’t do that, it’s not a story.”

Of course, some stories aren’t immediately applicable—they’re just interesting, says Shipman. “Maybe it’s not a big deal or particularly practical at this point, but if it’s really freaking cool, I want to know about it,” he says.

Another critical factor is timeliness. Unfortunately, scientists and journalists “have very different concepts of time,” Shipman notes. While a paper published a few weeks ago is new in the realm of science, it is likely to be considered stale by reporters covering breaking news.

“In science it takes years to do these studies, and so it’s a little hard sometimes to realize that, in the news business, if something has been online for two weeks, it’s old news, and no one wants to write about it,” says Ono, “even if it took you 10 years to do that paper.”

Given the rapid pace of the news cycle, it’s best to alert PIOs of upcoming papers before they are published—ideally, as soon as they’re accepted. Operating under standard journal publication schedules, “you’ve got this perfect window between when the paper is accepted and published online,” says Shipman. “I ask researchers to notify me as soon as a paper is accepted, and then we can work together to figure out if it’s something we want to promote.”

And if you’re on the fence about a study’s potential news impact, ask your PIO. “When a researcher is genuinely excited about the work, there’s usually something there that’s pitchable,” says Ono. 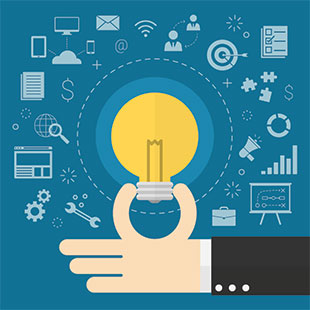 © ISTOCKPHOTO.COM/TOPP_YIMGRIMMAt smaller research institutions, determining the proper PIO to contact is fairly straightforward—look for the person who covers science. Larger institutions tend to employ multiple science writers, so figuring out whom to connect with can require a bit more sleuthing. Rather than blindly e-mailing PIOs, Holland suggests that researchers consult their institution’s own news coverage and scan the bylines. Is there one writer who consistently covers stories that align with your own work? He or she is probably your best bet.

Once you’ve identified the PIO you’re likely to work with, send an introductory message explaining your line of research and the current projects going on in your lab. “This [initial exchange] may be an investment in the future,” says Holland.

A PIO who takes interest in your research will have questions about it and will schedule a phone interview or a visit to your lab. Based on your conversation, he or she will draft a press release and ask you to review it. This proofreading step gives you a chance to check the facts and ensure that your science is accurately depicted.

“If there is anything in the release that makes the researcher uncomfortable at all, then we need to fix it,” says Shipman. “It could be a choice of words or an overemphasis [on something] or a lack of recognition for coauthors. Anything at all—I want to know about it.”

An oft-encountered stumbling point, says Messer, is finding common language. PIOs tend to discourage the use of scientific jargon, while researchers might push back on how complex topics are conveyed. “One of the biggest challenges is walking that line between accuracy and accessibility,” says Ono. “There is usually a middle ground there; it’s a matter of finding it.”

“It’s important to look at this as a partnership,” says Holland. “Only when PIOs understand what research is all about and what the limitations are, and when researchers understand—at least to some extent—what’s going on in communications” do meaningful stories emerge, he says. 