Patricia Castruita was chatting with her mentee when she experienced one of those role-reversing moments in which teacher becomes student. After recently earning a bachelor’s degree in biology, Castruita had landed a research position at the University of California, San Francisco. Her mentee, a Latina undergraduate student majoring in biology, was seeking opportunities for lab experience, and shared that she was struggling to find the courage to request a letter of recommendation from a course professor. Her reason, Castruita recalls: “I just don’t feel like my professor thinks I deserve it.”

It dawned on Castruita that, as a minority in STEM, she, too, could be hamstrung by doubt about how she felt people perceived her. Coming to a lab at a top-tier research institution with her own funding, Castruita, a Latina herself, says she’d figured she was immune to the stereotypes and biases that often plague underrepresented groups, ethnic or otherwise, in the sciences. Somehow, though, Castruita had gotten stuck with a project no one in the lab had touched in years, with little chance for publication. When her mentee confided insecurity about the letter, Castruita’s unease about her own merit came to the fore, and she realized that it had kept her from asking for a better project. That doubt “is why I’m struggling so much to express the things I want to accomplish,” she recalls thinking.

The field of biomedicine, which for decades has grappled with how to diversify its workforce, is now experiencing its own moment of self-reflection. Traditionally, diversity programs have focused on meeting the needs of underrepresented individuals by offering scholarships, supplementary courses, and mentors to give guidance and support. According to the prevailing, though misguided, view, underrepresented students “just need the skills,” says Jana Marcette, an assistant professor of biology at Harris-Stowe State University in St. Louis. “If they just had the skills that majority students have, they would be fine.”

Yet for all the dollars and years spent on these efforts, Latinx, Native American, and black students still drop out of STEM degree programs at higher rates than white and Asian peers. Partly as a result, these ethnic groups are underrepresented in biomedicine, holding just 3–4 percent of basic-science professor positions at US medical schools despite making up about a third of the US population. Other achievement gaps persist as well. On average, women don’t perform as well as male classmates in introductory college science classes, for example. And first-generation students—those who are first in their families to attend college—do worse and have higher dropout rates than students with at least one college-educated parent.

A men­tor has to be sensitive to what students bring with them emotionally.

But as more minority scholars speak up about their anxieties—as Castruita did last December during a panel discussion at the joint meeting of the American Society for Cell Biology (ASCB) and the European Molecular Biology Organization (EMBO)—national and university-led diversity initiatives are shifting their focus. Many people working in STEM education are realizing that barriers to increasing diversity have less to do with underrepresented minorities being ill-equipped and more to do with the unwelcoming academic culture they must navigate.

“Instead of trying to fix the student, we’re trying to change the environments in which the students train,” says David Asai, senior director for science education at the Howard Hughes Medical Institute (HHMI).

Marcette remembers clearly the moment that the mission became personal for her. Teaching at a historically black university, it’s not uncommon in a class of around 30 students for Marcette to be the only white person in the room, she says. Eight or nine years ago, Marcette was trying to explain some aspect of cell division. A student was confused. But when a classmate repeated the concept to that student, something clicked. The fog lifted immediately. In clarifying her explanation of the particular mechanism the class was studying, “[the classmate] said, ‘They’ve been doing that,’” Marcette recalls. “She said it with a very, very hard ‘b.’”

At a teaching seminar later that week, Marcette learned the secret to her students’ instant connection. The speaker was discussing linguistics and bias, giving examples of how the same words can convey different ideas in different cultures. Case in point: “He has been married.” In some cultures, saying “been” with an emphasis on the “b” can mean he’s “not just married right now but has been married for a really long time,” she says. “That set off a lightbulb. [There were] ways of communicating, and cultural and classroom norms that, because of my background, I wasn’t even aware existed.”

That instance was the first of several that helped Marcette see how social science research could help improve promotion of inclusivity—the practice of making all people feel welcome regardless of background—in science education. A few years ago, to encourage more of this crosstalk, she helped organize iEMBER (Inclusive Environments and Metrics in Biology Education and Research)—an interdisciplinary network of biologists and biology educators, researchers from education, sociology, psychology, and other fields, program directors, and policy experts. Launched in 2017 with incubator funding from the National Science Foundation (NSF) program for Research Coordination Networks in Undergraduate Biology Education, iEMBER aims to provide resources and support for interdisciplinary collaborations to create inclusive biology education and research environments.

To help students of all backgrounds feel a sense of belonging in upper-level biology classes at the University of Wisconsin–Madison, genetics professor Ahna Skop always incorporates a first-day icebreaker. The activity grew out of her frustration with a predicament shared by many women science faculty: repeated emails from students addressing her as “Ms. Skop,” instead of with the appropriate honorific of “Dr.” Skop says she felt compelled to clarify her position as head of a research lab. “Because I needed to tell them who I was, it was therefore important for me to learn who [the students] are,” she says. “If they’re making assumptions right off the bat based on a stereotype—that I’m maybe a lecturer or someone who doesn’t have a doctorate—then I’m going to make those [assumptions] as well.”

In that first class, she hands each student a sheet of questions: Where are you from? What are your hobbies? What’s your favorite local restaurant? “Things that have nothing to do with my course,” says Skop, a Native American, Lebanese, and Ukrainian scientist who grew up in Kentucky in a low-income family of artists—a background that she says helps her relate to the experiences of underrepresented students pursuing science. She then has students walk across the room, sit down with someone they don’t know to discuss what they wrote, and then introduce that person to the class. “They freak out,” says Skop, who won the ASCB’s inaugural Prize for Excellence in Inclusivity last fall. “Most students at a big university aren’t used to this.”

Instead of trying to fix the stu­dent, we’re trying to change the envi­ronments in which the students train.

The activity encourages students to listen. They might learn their partner “is a twin, or that they like the same restaurant,” Skop says. “They find a commonality or something unique they want the class to know.” As the students go around the room introducing each other, Skop takes notes. When they’re done, she puts up on the screen the same questionnaire—but filled in with her own answers. “The kids are shocked,” says Skop. “They realize how much they have in common with me”—and that the sameness does not have to come from skin color or gender or other visible features of a person.

Of course, the simple act of getting students to know one another is a tried and tested method for fostering a welcoming learning environment, and recent research suggests it could indeed help improve students’ education. A 2016 study led by Stanford University psychologists, for example, showed that simple online activities that include learning about older students’ initial struggles (and thus, learning that adaptation difficulties are normal and transient) helped boost the academic performance of incoming college students from socially and economically disadvantaged backgrounds.

A personal approach can help in professor-student relationships, too. Filmon Haile, an African-American recent college graduate who sat on last year’s ASCB-EMBO panel with Castruita, recalls how uneasy he felt approaching one of his biology professors at the University of California, Los Angeles, about a paper Haile had written and scored poorly on. After discussing the assignment, the professor broadened the conversation. “He asked, ‘What are your plans? How is biology going for you?’” says Haile. “I went in with a really bad grade on my paper, but I left feeling great.”

Even in large lecture classes, small actions can go a long way toward building a more-inclusive culture. Speaking to professors and other educators at the ASCB-EMBO panel, Castruita suggested welcoming students on the first day with a reminder that they have fulfilled prerequisites and met requirements to earn a place in the course. “It directs focus on the work we’ve done, not where we’ve come from,” she says.

In 2017, HHMI launched the Inclusive Excellence initiative to fund university programs that promote inclusive science education. Skop and her University of Wisconsin–Madison colleagues were one of 57 campuses selected from nearly 600 applications in the 2017 and 2018 competitions. “We asked them to look at their own data and identify which groups of students are not being as successful as they would like,” whether those are first-generation students, transfer students, or underrepresented groups, says HHMI’s Asai. “Then we ask, what are the barriers? . . . It’s not adequate to say the reason those students are not being successful is because they’re not better prepared.”

Each successful applicant receives $1 million over five years to implement solutions that improve the institution’s culture and evaluate how well they’re working. For example, Kenyon College, a private liberal arts college in Ohio, is examining its faculty promotion and tenure requirements with an eye toward developing ways to reward professors who prioritize inclusivity in their teaching and mentoring. A team at Towson University in Maryland is working to create a curriculum and support system for incoming transfer students to participate in research as undergraduates. And Tufts University in Massachusetts is helping STEM faculty do a better job of listening carefully to recognize the scientific merits of what their students are saying, as well as how their own beliefs surrounding race, economic status, and gender could inadvertently silence students from underrepresented backgrounds.

Other programs, such as HHMI’s Gilliam Fellowships, focus on helping faculty advisors understand how their own teaching and mentoring can contribute to building inclusive cultures on their campuses. Participants commit to a yearlong series of onsite and online interactive activities aimed at developing mentoring skills. Leslie Vosshall, a neurobiologist at Rockefeller University in New York, entered the Gilliam program in fall 2016 with no previous mentoring training. Her generation, which trained in graduate school in the 1980s and ’90s, “didn’t experience formal mentoring, or any mentoring really,” she says. “I rarely met with my PhD advisor, and when I did it was about data.”

The Gilliam training provided examples of everyday behavior that could be hurtful—for example, an abrupt email or overly critical comment in manuscript edits—that some mentors don’t realize could be demoralizing to a young scientist, and perhaps particularly so if that person belongs to a group underrepresented in STEM.

“A female or underrepresented minority student may have experienced marginalization as an undergraduate that causes them to question their ability to be a scientist,” Vosshall says. “A mentor has to be sensitive to what students bring with them emotionally and find a way to connect, to motivate, to praise, to encourage.” 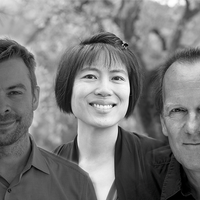