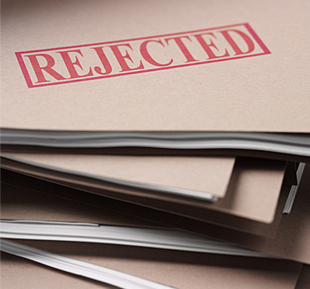 © ISTOCK.COM/WRAGGIn July 2012, while attending the 12th International Coral Reef Symposium in Cairns, Australia, Emily Darling received a heart-wrenching e-mail: Ecology Letters had rejected her paper on coral life histories. She was shocked. The paper had already gone through one very positive round of reviews, and Darling, then in the final months of her PhD program at Simon Fraser University outside Vancouver, Canada, had resubmitted it with the requested changes. Just the day before, a senior colleague at a cocktail hour had revealed to her that he was one of the reviewers and that he had recommended that the journal publish her paper. Another reviewer had clearly disagreed.

“It felt like the worst place in the world that I ever could have got the rejection,” says Darling, who received the e-mail in a conference room full of her peers. “I’m looking around at this amphitheater of people...

But Darling’s advisor, Isabelle Côté, wasn’t about to take the rejection without a fight. The pair tracked down the paper’s editor, who was also at the conference, and learned that the negative reviewer had been added in the second round because two first-round reviewers had been unavailable. Darling and Côté asked the editor if he would consider a letter rebutting the negative reviewer’s criticisms, then tracked down the positive reviewer Darling had met, who agreed to send a letter vouching for the paper. A couple of months later, after the authors addressed some legitimate critiques from the positive reviewer and submitted a third draft, the paper was published (Ecol Lett, 15:1378-86, 2012).

Coping with publication rejection is a key skill for any academic. It can require emotional fortitude, an ability to profit from criticism, and, sometimes, negotiating skills. Many papers in the scientific literature were initially rejected, often sparking vigorous scientific discussions before their eventual publication, whether in the same journal or a different one.

Most papers can be much improved by more work on them. When we are rejected, we are forced to do that.—Vin­cent Calcagno,
French Institute for Agricultural Research

“It does really take until you are a postdoc to start to be able to reflect more broadly on rejection and see the forest for the trees,” says Darling, who is now a David H. Smith Conservation Research Fellow at the University of North Carolina at Chapel Hill. “You’ve done it enough by then that it’s not a knife in the back every time a rejection comes in.”

One of the first decisions researchers have to make when preparing to publish a manuscript is where to submit. “I think it’s important to know the type of paper that you have and who would be potentially interested in it,” says cognitive neuroscientist Jane Wang, who is currently a postdoc at Northwestern University’s Feinberg School of Medicine. “You don’t want to waste your time going for journals that are not even going to take a [serious] look at it.”

Jason McDermott, a computational biologist at the Pacific Northwest National Laboratory in Washington State, learned that lesson firsthand as a postdoc, when he and his mentor were convinced his paper was worthy of a top-tier journal. In the end, the paper was never published. “It got rejected [at least five] times and then it went off to die,” says McDermott, who suspects it would have been published had they aimed their sights at a lower-impact publication.

For the most part, however, scientists have a good sense of where their papers are most likely to be accepted. Of more than 80,000 papers published in 923 biology journals from 2006 to 2008, 75 percent were published in the first journal they were submitted to, according to a 2012 study (Science, 338:1065-69). Lead author Vincent Calcagno conceived the work while he was dealing with a string of rejections of a paper from his PhD work at the University of Montpellier in France. Calcagno, now an evolutionary biologist and ecologist at the French Institute for Agricultural Research, says he was pleased to see that so many scientists reported acceptance by the first journal to which they submitted their research. “It made me more confident in the process . . . because rejection was not the rule.”

For early-career scientists who are not yet sure where to submit, asking senior colleagues for suggestions is a good way to start. It may also be possible to gauge a journal’s interest by providing a short summary of the paper before going to the trouble of a full submission. Some journals have formal presubmission processes. Nature, for instance, says that editors usually respond to presubmissions in two working days. In other cases, it’s possible to more informally ask editors about their interest in a paper. Additionally, a couple of new companies now offer to do the work for you, sending out papers to independent reviewers before they are ever submitted to a journal. (See “A Helping Hand.”)

Once you’ve selected the journal you’re going to submit to, it’s time to format the paper’s figures and text to meet the journal’s requirements. All journals have a set of submission standards. Check guidelines on length, structure, and technical term definitions, and read through past articles from the journal to get a sense of style and tone.

Once you submit, it becomes a waiting game. In some cases, the journal editors will decide not to send the paper out for review. This decision should be made within a few weeks. If your manuscript passes this first evaluation, the peer-review process can take anywhere from weeks to months. Many journals, including the Cell Press research journals, PNAS, and Scientific Reports, say that they try to respond to submissions within three weeks to a month. Others set more expansive limits or don’t specify response times. The Journal of Ecology, for instance, promises to either respond to submissions within three months or explain why the process is delayed.

Such wait times may be an important factor to consider in deciding where to submit. Earlier this year, Santiago Salinas of the University of California, Santa Cruz, and Stephan Munch of the National Oceanic and Atmospheric Administration published a mathematical strategy to weigh citation numbers, acceptance rates, and average review times of 61 ecology journals (PLOS ONE, doi:10.1371/journal.pone.0115451, 2015). One could choose to maximize citations over a given time period, or to minimize number of resubmissions or total review time.

If the journal’s long-awaited response is the dreaded rejection letter, take a deep breath: read through it to get a sense of its major points, then step away. “The emotion is high when you get a negative decision,” says Lakshmi Goyal, editor of the journal Cell Host and Microbe and an editor at Cell Press since 2001. “[Later], go back and . . . look rationally at what is being asked and how it can be addressed.”

While some reviews can be snide or dismissive, others offer well-reasoned advice. The trick for getting the most out of reviews, Wang says, is to assume the best of the reviewer. “I never go at it with the mind-set that they are against me,” she says. “I always try to assume they are trying to help me.”

Nikolaus Grigorieff, a structural biologist at the Howard Hughes Medical Institute’s Janelia Research Campus in Ashburn, Virginia, points out that, like any type of written communication, manuscript reviews often do a poor job of portraying tone. A simple list of a paper’s shortcomings can come across as extremely harsh, when the reviewer may have simply been in a rush. And even if a review is overtly scathing, it’s still important to look beyond the nasty comments, says Grigorieff, who hosts an online repository of rejected papers, mainly from his own lab, and their reviews. “Sometimes reviewers are very disrespectful. You have to ignore that part and just extract the information that is there.”

Indeed, while rejection is frustrating, it can ultimately benefit a paper. Calcagno’s Science paper analyzing rejection showed that manuscripts that had been rejected from one or more journals before ultimately finding a home tended to be cited more than papers that sailed directly into the pages of that same journal. “Most papers can be much improved by more work on them,” Calcagno says. “When we are rejected, we are forced to do that.”

Also key to getting the most out of a review is to not approach comments too literally, Cell Press’s Goyal advises. If a reviewer proposes an unrealistic new experiment, the author should try to understand why the reviewer is asking for the experiment and then try to find another way to answer the question. It is a mistake to dismiss criticisms outright, even if a reviewer is making inappropriate suggestions, Goyal says.

Darling agrees that taking time with reviewers’ comments is worth it. “The worst thing you can ever do in my opinion is just resubmit the same paper to another journal without addressing the comments at all,” she says. Editors’ comments should also be taken seriously, she adds, as they often have years of experience in both science and publishing.

She recalls that the first paper she ever submitted was a very long manuscript attempting to analyze 20 years’ worth of data on changes in coral ecosystems in Kenya. The editors of Ecology sent the paper out for review but then rejected it, telling her that it was far too long and that some of the paper’s conclusions were unsupported. Darling went back and revised, ultimately publishing part of the work in Conservation Letters (3:122-30, 2010) and another bit a few years later in Global Change Biology (19:1930-40, 2013). “That rejection laid out the path of my PhD,” she says. “It became a much stronger body of work because of that rejection.”

Of course, reviewers can make mistakes. In some cases, reviewers simply missed a key point that was not well explained. “Oftentimes papers are rejected because of a misunderstanding,” says Nikolai Slavov, a postdoc in quantitative cell biology at Harvard University. In such cases, it may be warranted to fight the rejection.
“You can’t fight them all; that’s not the point of peer review,” says Darling. But sometimes “it’s worth standing up for yourself.”

Researchers should also recognize that no one journal is the key to career success. Slavov keeps a page on his blog of seminal papers that were initially rejected. In 1937, Nature rejected a paper from Hans Krebs on the now-eponymous Krebs cycle, which was published a couple months later in Enzymologia (4:148-56, 1937). (See “Nature Rejects Krebs’s Paper,” The Scientist, March 2010.) Lynn Margulis’s paper on endosymbiont theory was rejected about 15 times before landing in the Journal of Theoretical Biology in 1967 (14:225-74). And both Nature and Science rejected Kary Mullis’s paper on the polymerase chain reaction, which was ultimately published in Methods in Enzymology in 1987 (155:335-50).

More recently, David Botstein, now at Princeton University, Michael Eisen, now at the University of California, Berkeley, and their colleagues had their paper on cluster analysis, a widely used method for interpreting microarray data, rejected by Science. Botstein recalls phoning the editor to unsuccessfully appeal the rejection. “The only thing I remember telling her was that it was my thought that this would someday be a citation classic, and in this case I was right,” Botstein says. The paper, which was eventually published in PNAS (95:14863-68, 1998), now has nearly 15,000 citations, according to Google Scholar.

“The important thing is that you get it published,” Botstein advises. “If it’s good and it’s new and it’s true and important, people will find it.”