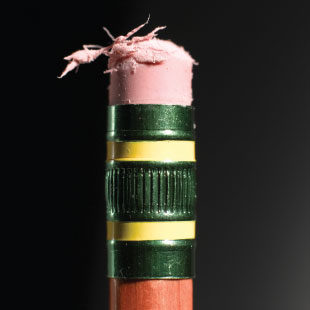 © ISTOCK.COM/LIFESIZEIMAGESAt a Keystone Symposia meeting a couple of years ago, Pamela Ronald delivered the most difficult talk of her life. She studies plant immunology at the University of California, Davis, but instead of discussing her group’s latest findings, she decided to detail its recent mistake: while performing routine validation assays, students in her lab had found that one of the lab’s bacterial strains was mislabeled. They also discovered that a protein assay they had used was not reliable. That meant that her conclusions in two papers she’d published in 2011 and 2009 about the identity of a long-sought bacterial protein recognized by the rice immune system were likely wrong.

“Never had I heard anyone give a talk like that,” she says. But she felt compelled to use the platform to let her peers know about the error. Audible gasps arose from the crowd. At one point, someone...

Ultimately, Ronald retracted both papers, one from PLOS ONE and another from Science. As word got around about how forthcoming she was—in her talk at the conference and in alerting the journals to the problems—she began to receive pats on the back. The blog Retraction Watch applauded Ronald for “doing the right thing,” and researchers echoed the sentiment, saying it must have been a tough decision. “On the one hand I was really very flattered I got that reaction from people, but [I was] also a little bit puzzled,” Ronald says. “I never thought there was a choice.”

In my opinion, there’s no reason other than one’s ego to not correct some­thing. The longer you let it go, the worse the problem gets.—Jeffery Kelly,
Scripps Research Insti­tute

But most researchers are far less transparent about their mistakes, failing to immediately alert others when they’ve identified a potential problem. Indeed, many invalid papers are never pulled from the literature. Dozens, if not hundreds, of publications containing cell lines later discovered to be something other than what researchers thought they were stand without corrections, let alone retractions. And in a 2014 study of 88 papers that included ethical breaches (and for which a medical association requested retraction), nine were never retracted (PLOS ONE, doi:10.1371/journal.pone.0085846).

In cases of plagiarism or research misconduct—which are to blame for the majority of retractions—it’s no wonder authors aren’t so forthcoming. But a 2012 analysis of more than 2,000 retractions found that 21 percent were due to unintentional errors. In such cases, it behooves researchers to come forward and disclose their mistakes, as Ronald chose to do. The stigma of a retraction is immense, even in cases of honest error. It’s also emotionally and professionally taxing (imagine, say, a postdoc whose only first-author paper gets retracted). But what’s arguably worse is ignoring or covering up a mistake, not only because one risks a reputation-wounding scandal if the error comes to light, but because other researchers may be misled and the scientific record muddied.

“I think people in the scientific community forgive and forget quickly,” says Jeffery Kelly of the Scripps Research Institute in La Jolla, California, who several years ago was compelled to issue corrections to two flawed papers on amyloid-β fibrils. “In my opinion, there’s no reason other than one’s ego to not correct something. The longer you let it go, the worse the problem gets.”

Still, such aboveboard handling of retractions appears to be the exception, rather than the rule. Posts filed under Retraction Watch’s “doing the right thing” category make up less than 5 percent of the blog’s entries. “This isn’t something that doesn’t happen,” says Retraction Watch’s Ivan Oransky, who served as an editor of The Scientist from 2002–2008, “but it’s something that doesn’t happen enough.”

Many journals follow the retraction guidelines set forth by the Committee on Publication Ethics (COPE), which state: “Retraction should usually be reserved for publications that are so seriously flawed (for whatever reason) that their findings or conclusions should not be relied upon.” Deborah Sweet, Cell Press’s publishing director and the editor of Cell Stem Cell, says journal editors and authors typically work together to determine the extent of the problem and whether it warrants a correction or a retraction.

In 2009 and 2010, Kelly and his colleagues at Scripps published papers describing the disaggregation of amyloid-β fibrils. But as they searched for candidate proteins that could perform the disaggregation reaction, they uncovered a flaw: the signal they had interpreted as unclumping of amyloid- β fibrils was actually aggregated protein sticking to the vessel walls. Kelly asked Protein Science to retract the papers, but the journal thought a correction was more appropriate. “The editor said, ‘Well, this is not a retraction because there’s nothing wrong with the data, but how you interpreted the data,’” Kelly recalls. “But I said, ‘The main conclusion we reached is likely, if not almost certainly, wrong.’” Ultimately, the journal decided to issue a correction, and Kelly supported the decision. He took the opportunity to publish a long erratum letter explaining how the error came about, to prevent people from misinterpreting the paper and from making the same mistake in their own research.

Sometimes the reverse scenario happens: journal editors will insist on a retraction even without the consent of the authors. But most commonly, researchers will work with the journal to come to the best solution. “Quite often, people will come to us and explain the situation and ask us what we think they should do,” says Sweet.

In both Ronald’s and Kelly’s cases, lab members discovered the errors. But Sweet says readers are often the first to raise concerns. PubPeer, a postpublication peer review website, is a popular forum for third parties to voice such suspicions. Brandon Stell, a neuroscientist at the French National Centre for Scientific Research (CNRS) and a cofounder of PubPeer, suggests that authors respond to outsiders’ concerns with transparency—and whatever you do, don’t get a lawyer. “That just makes more noise and it gets the community more curious,” he says. “I really think the best way to respond is to show the raw data.”

However potential errors surface, they often require a fair bit of investigating to determine where things went awry. “This is one part of the story people don’t think about. How do you know what you did was wrong and how long it takes [to work it out],” says Ronald. Kelly says it took his team a year to identify the aggregated protein that they’d first misinterpreted as unclumping amyloid-β fibrils.

In some cases a journal will issue an Expression of Concern while an investigation is ongoing. In other cases it will give the authors time to confirm their mistake. “It would likely depend upon the amount of time that it would take to prove/disprove their concerns,” Erika Davies, the publishing ethics manager at the American Society for Microbiology, said in an email. “If the validity of the data can be verified quickly, within a 2–3 month period, we recommend waiting for the results to inform the appropriate action, such as a correction or retraction.”

It was during this limbo period that Ronald gave her talk on the errors in her own work so that scientists in her field would know what was going on. “I have to say, in retrospect, it was a pretty effective way to do it,” she says. If a conference talk isn’t on your immediate horizon, there are any number of other ways to get the word out, such as social media, blog posts, and direct communication with colleagues.

Another way to communicate details of a mistake to peers is through the retraction notice itself. Earlier this year, Christian Staehelin and his colleagues at Sun Yat-sen (Zhongshan) University in Guangzhou, China, pulled their 2009 Journal of Bacteriology paper after findings from another group contradicted their own. They went back and sequenced the strain of bacteria they were studying and realized that the phenotype they had observed was due to the spontaneous deletion of certain genes, rather than the mutation they had induced, and the retraction notice explains as much. (See “Explaining Retractions,” here, about efforts to make all retraction notices—many of which are uselessly vague—clear and informative.)

Staehelin had pushed for including even more detail about their investigation. “We wanted to publish a figure in our retraction statement that showed the detailed results of this DNA repeat recombination” that caused the mutation, he said in an email. “In my view, a retraction should have the format of a normal scientific article. Team members that are involved in retesting and additional work should be listed as authors.” But the journal declined. Davies explains that “the purpose of the retraction (or correction) is to correct the scientific record, not to introduce additional information. However, new data on a retracted paper may be appropriate for new submission.”

While Staehelin hasn’t decided yet what he’ll do with the new data, Ronald was able to generate an entirely new publication based on the work that went into investigating her group’s retractions. “We retracted the papers, then published with new experiments how we sorted it out,” she says.

There are many things to consider after a retraction, such as whether to issue corrections for review papers and how to acknowledge the retracted study in upcoming publications. Ronald’s group decided to fix its most prominent reviews, and new papers from her lab devote a line or two to the erroneous work when it’s appropriate.

The hit to one’s reputation may not be as bad as many scientists fear. A 2013 study of “citation penalties” found that retractions as a whole did indeed put a dent in the citations of the researchers’ other publications, but this was not true if the retraction came from self-reported mistakes. In these cases, self-correcting authors suffered no ding in citations.

In fact, researchers who are transparent during the retraction process often receive praise from their colleagues and the press. Ronald says reading Retraction Watch’s coverage of her retractions—which gave her kudos—was a comfort. “We do think it’s incredibly important to have the ‘doing the right thing’ category,” says Oransky. “We do think the more we praise worthy behavior, the more we encourage it.”

There are signs that researchers are becoming more willing to own up to mistakes, or at least address concerns about them. At PubPeer, for example, the ratio of authors who respond to comments to those who don’t is small but growing, says Stell, though this could be a result of the site’s rising popularity.

“It’s a cultural problem we have wherein people are reluctant to make corrections, however small or large, because they think there is a stigma attached to them. And there is, in fact,” says Kelly. But it’s still not a good enough reason to let errors stand, he adds. “[If] you know your work is not right and others are struggling to repeat it, that’s unconscionable.”