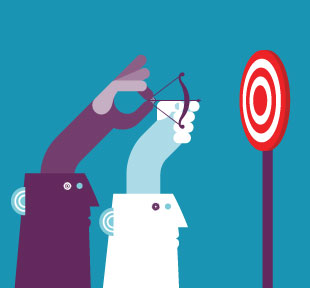 © AKINDO/ISTOCKPHOTO.COMIn 2012, MIT researcher Chris Burge was sitting in an airport on his way to a systems biology meeting at Cold Spring Harbor Laboratory. Next to him sat Ben Blencowe, a leader in alternative splicing at the University of Toronto, who was also en route to the meeting. The two had known each other for years and had even overlapped as postdocs in Phil Sharp’s lab at MIT. Burge recalls telling Blencowe about a comparative analysis of alternative splicing among different species that his group was working on when the two realized they were homing in on the same thing—and both were getting close to publishing their results.

In ordinary circumstances, the realization that another group is closing in on answering a question similar to one your own lab has been working on might instill the fear of getting scooped. But in this case, the researchers made...

Several months later and within a few weeks of each other, the two teams submitted their results to Science, and on December 20, 2012, both papers appeared side by side in the same issue of the journal (388:1587-93 and 1593-99). “It ended up working well,” says Burge. “A tie in soccer is an acceptable outcome. Why not in science?”

Such fortuitous circumstances are not common. Nikla Emambokus, the editor of Cell Metabolism, says that only about one percent of the papers submitted to the journal are cosubmissions coordinated by the authors. But when such cases occur, the journals and the authors involved reap benefits, in both the impact and the reach of the science, as well as in the confidence engendered by corroborating results.

Journal editors have an important role to play in the synchronized publication of papers, often helping to accelerate a submission, or even occasionally recognizing a perfect pairing that the submitting authors are unaware of. “As an editor I’m very enthusiastic about that,” says Dan Rader, the chief of Translational Medicine and Human Genetics at the University of Pennsylvania, who serves on a number of editorial boards. “I think it’s a good thing for science, for the authors, and for a journal.”

Pulling out all the stops

Several years ago, a bacterial strain discovered in Mono Lake in California led to a shocking claim: phosphorus, part of the backbone of all known nucleic acids, might not be essential for life. Instead, this microbe appeared to use arsenic to build essential molecules—a finding that left many incredulous. “It’s like finding a unicorn in your back garden,” Rosie Redfield, a microbiologist at the University of British Columbia, told The Scientist in 2011. She and others expressed their concerns about the methods used in the study, and Redfield decided to see if she could replicate the work.

Redfield’s results—disproving the bacterium’s ability to substitute arsenic for phosphorus—were published on arXiv.org, a site for preprinted papers. She also submitted the results to Science, but after what seemed to her an inordinate length of time, she e-mailed her editor there to ask why it was taking so long. At first she received a vague response that “accompanying contingencies” were slowing down the process, but she later learned that the journal was also prepping a publication from a Swiss team that had submitted a similar paper. “[It] was really a complete surprise to us,” says Redfield. “It was a good surprise because [the other study] complements our work quite nicely.” In July 2012, the two papers debunking the arsenic claims ran side by side in Science (337:467-470 and 470-473).

Journal editors are often supportive of simultaneous publication when appropriate. “We wouldn’t unduly hold one paper to let another paper catch up, but we would potentially accelerate the process on the paper that is perhaps a bit further behind,” says Karl Ziemelis, the chief physical sciences editor at Nature.

Of course, even if two papers come in around the same time, there’s no guarantee that both will be accepted. “We will consider each paper independently, assess each paper on its full merits, and determine whether that paper should be sent out for review or not,” says Cell Metabolism’s Emambokus. At times, “there is the potential for disappointment” if one paper isn’t accepted, notes Ziemelis. “There have been instances when two groups have coordinated submission to a journal and one of the papers hasn’t made it.”

But if all goes well, editors are more than willing to synchronize publication, despite certain editorial challenges, such as recruiting overlapping reviewers and getting the publication time line to jell. One of the reasons editors are amenable to tandem publications is that they are attention-grabbing. In Science in 2012, Dave Goulson’s group at the University of Sussex published its results from a study illustrating the negative effects of a neonicotinoid pesticide on bumblebees alongside a paper from a French group that demonstrated damage to honeybees’ navigational abilities after exposure to the same type of compound (336:348-350 and 351-352). Like Redfield, Goulson says he had not been aware of the second paper until shortly before publication, when Science arranged a press conference. The papers attracted significant media attention and have been used to effect policy changes aimed at protecting bees from the harmful pesticides. “I think it made a bigger splash than if it had been just one paper,” says Goulson.

Rader agrees that tandem papers are likely to attract more attention, and not just from the public. “My gut feeling is that it enhances citations,” he says. Burge agrees. “It not only creates this tie in terms of precedence,” he says, “but it associates the two papers so readers will be more likely to . . . read both before they decide which one, or both, they want to cite.”

Journals are even willing to coordinate with one another. Last year, the Department of Genome Sciences at the University of Washington hosted a symposium on primate genomics. One of the speakers from the department was Benjamin Vernot, a graduate student in Josh Akey’s lab, who spoke about identifying genetic legacies of Neanderthal lineages in modern human genomes. Sitting in the audience at Vernot’s talk was Svante Pääbo, a guest speaker at the symposium and a leader in Neanderthal genomics at the Max Planck Institute for Evolutionary Anthropology in Leipzig, Germany. As it turned out, he was working on something similar. The genomicists agreed to keep each other abreast of their publication time line, but each group had different journals in mind: Pääbo’s group, collaborating with David Reich at Harvard Medical School, was committed to submitting its paper to Nature, while Akey’s group was planning to submit to Science. But in the end, no one had to compromise. The teams approached the two journals about publishing them at the same time, and “the editors were really cooperative and made the timing possible,” says Akey. Science even rolled out his team’s paper earlier in the week than its usual publication time to coincide with Nature’s release. “Everybody kind of shared the idea that both papers coming out around the same time would be the most impactful.”

A matter of trust 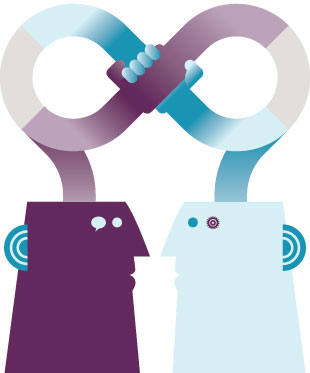 © AKINDO/ISTOCKPHOTO.COMDespite the support for the copublication of independent studies, it’s rare that noncollaborating groups publish simultaneously. For one thing, the timing has to be just right. If two groups are months apart in reaching their results, it is not reasonable for the leading lab to wait, says Burge. And for authors themselves to do the coordinating, the groups have to become aware that another team is working on a similar project. Had Burge and Blencowe not had the good fortune of meeting up in the airport, there’s no guarantee they would have  learned of one another’s work before publication.

A tie in soccer is an acceptable outcome. Why not in science?—­Chris Burge, MIT

But perhaps the biggest factor in determining whether a joint publication strategy will work is attitude. Both groups have to be willing to share at least some information about their work prior to publication, and encouragement for such disclosure is rare in the competitive climate of the scientific community. “The problem is that the rewards for success are sometimes very much out of whack” with actual achievements, especially for those who come in a close second with regard to publication date, says Melissa Anderson, who studies competition and collaboration in science at the University of Minnesota. For instance, even if one paper is only weeks behind another, the first results to get published may make it into a higher-impact journal, attract the attention of the scientific community and the media, and end up reaping far more notice and citations. “In general, I would say ‘me-too’ papers don’t do very well,” says Emambokus. But if researchers are lucky enough find out their project is converging with another group’s and are willing to put in the effort, synchronized publication can spread the credit around in a way that might more fairly reflect the accomplishments in a particular field.

Coordinating article publication should be handled on a case-by-case basis. Akey says that although he’s pleased with the way his situation worked out, “I’m not naive enough to suggest the same thing for everybody in every circumstance. People have to weigh the risks and advantages in trying to coordinate publications.” It could be detrimental to one team, for instance, if the other group is dragging its feet or is simply not ready to publish and ends up delaying both submissions.

Akey credits open communication for the success of his group’s foray into simultaneous publishing. Although the groups never discussed their results in advance of the publications, Akey says, he, Reich, and Pääbo were in regular contact about their publication time line and committed to diligently working with their editors to coordinate the publications. “I think a lot of this does come down to the individuals involved, the comfort level with one another,” says Rader. Getting scooped is a legitimate concern, he adds, and scientists must trust one another if they’re going to coordinate.

At the same time, Redfield encourages researchers to talk about their projects, whether it’s online in a blog or in person at a conference. “If you’ve written it up on your blog, it’s public and it’s dated. You’ve established your claim to this finding.” And by being open about their work, researchers will be more likely to discover similar work that could warrant synchronized submissions. “I think it’s nice to do that if it can be done without harming anybody,” Redfield says. “It defuses the worst of the competitive nature of science.”