In early June 2011, at a bioinformatics conference outside of Cambridge, U.K., University of British Columbia epidemiologist Jennifer Gardy watched a Twitter storm take place. “The world’s tiny population of genomic epidemiologists is sitting in this lecture hall,” she remembers thinking—and they all seemed to be firing off tweets as fast as they could compose them. Just weeks earlier, reports had surfaced that a new and deadly variant of E. coli was infecting people in parts of Germany. While the epidemiologists were gathered together in the hall, researchers from the Beijing Genomics Institute (BGI) announced on Twitter that they had just publicly released an unassembled sequence of the strain’s genome. By sheer coincidence, the geneticists at the conference had just been discussing whole-genome sequencing as a forensic tool in epidemiology. Suddenly, they were handed an open case.

Gardy was sitting in the front row next to the...

Loman sent the data to a server of his that assembles genomes, stitching short reads together into a coherent whole to be analyzed using any number of bioinformatics techniques. He then wrote a blog post and sent a tweet, setting the assembled genome loose online. Over the remainder of the conference, during presentations and on coffee breaks in the lobby, researchers cracked open their personal genomic toolboxes to investigate the genome. They and other researchers from around the world shared and discussed their findings with each other in real time on Twitter. Even after the conference, analyses of the E. coli genome continued to roll in, so prolifically that Loman set up a wiki to collect the information. Less than two months later, Loman and others published a paper based in part on this crowdsourced genomic analysis (N Engl J Med, 365:718-24, 2011).

Twitter, at the time, had grown into an established social media platform, but scientists were still warming to the idea of having meaningful technical exchanges using 140-character missives. To some, though, this tool for networking and sharing showed enormous promise for scientific research. Now, scientists in fast-moving and data-driven fields are finding that such online forums enable real-time dissemination of their work. Sharing research on social media also fits with the community’s growing interest in accelerating scientific publishing, as evidenced by a spate of new preprint servers.

Microbial genomics was “a real leader in data sharing and in open, transparent, regular communication,” says Gardy. After all, a single research group could only sequence so many genomes. “If you want to understand something about your organism—what’s making it pathogenic, what’s causing resistance—the only way to get at those answers is to compare your bacterial genome with other bacterial genomes . . . sequenced by other groups,” she says.

The field also led the scientific community when it came to adopting social media platforms for research. “When tools like Twitter came along, it just seemed like a natural extension,” says Gardy. Some researchers who assess outbreaks of disease using genomics hope that the whole process will one day be carried out online in real time, she adds. “The second a genome sequence goes up onto the Web, there’s no reason why you can’t have a cadre of people around the world analyzing that and posting their results in a common space.”

As interest in open access and data sharing continues to grow, some are even eyeing social media as a tool for science publishing. Sever, who recently helped launch bioRxiv with the aim of accelerating the pace of biology publishing, sees social media as part of a rapid information dissemination pipeline. When a preprint goes up, “you may immediately see some reaction on Twitter, you may see some responses . . . in the comment section on bioRxiv, then you might see someone write a blog post about it.” As readers share the work, they scrutinize it and compare their reactions—generating what amounts to crowdsourced peer review.

Sever argues that crowdsourcing should not replace traditional peer review entirely, and still believes that a paper should undergo that process after being made available as a preprint. In some cases, feedback about a preprint from an online discussion helps authors to strengthen their manuscript with added experiments, analyses, or discussion before submitting to a journal, bolstering their chances of acceptance and streamlining the traditional review process.

Other scientists believe open, online review methods can and should supplant the age-old process. In addition to sidestepping the problems of anonymous review and the slow pace of traditional scientific publication, social media brings more voices into the discussion. “Peer review is two, three if you’re lucky, people reading a paper, and they’re certainly not trying to [repeat] any of the data analysis,” says Gardy. When a set of data makes the rounds on Twitter, “mistakes that would have gone unnoticed in a traditional system come to the surface very quickly and get corrected.”

In early August, Gardy tweeted a question to her nearly 6,000 followers: “If you had to isolate DNA from feces and you were in the middle of Africa with no lab equipment, what would you do?” The question was not hypothetical.

Gardy had just spoken to Jer Thorp, a data scientist who specializes in visualization. Thorp is involved in the Okavango Wilderness Project, and travels with his colleagues along the Okavango River in southwest Africa performing wildlife surveys and taking photographs, as well as measuring the heart rates of team members, all while uploading their data online for others to explore. Thorp was hoping to add genomic data to the project, but getting usable DNA samples with limited power and no access to a laboratory was proving challenging. So he asked Gardy for ideas, and she asked Twitter.

“If I run into a genomics or bioinformatics problem, I know that I can go to Twitter, tweet about it, and because I’ve got enough bioinformaticians and computational biologists following me, probably within a few minutes I’ll get an answer,” she says. Indeed, in response to tweeting about DNA collection in undeveloped Africa, Gardy got responses that ran the gamut from technical (an exchange over storage solutions) to facetious (“really tiny tweezers”) to meta (“probably just tweet asking for help”). But she also got her answer: a fellow genomicist with experience in field sampling knew how to turn a drill into a low-tech centrifuge for extracting a DNA sample.

Gardy relayed the information back to Thorp, who is now testing the idea in the field. If the Okavango team gets the approach to work, they’ll be able to share their data with the same population of genomicists who responded to Gardy’s question.

This type of casual crowdsourcing has become a regular activity for many scientists who have cultivated a responsive Twitter following. “Instead of me sitting here for two days trying to hammer through a bit of R code that is making no sense to me, I can send it out to the community” for a solution, says Gardy. As ecologist Andrea Kirkwood of the University of Ontario Institute of Technology put it, bouncing questions off Twitter “is part of my job. It’s just one tool in my toolkit.”

Of course, beyond helping scientists do, share, and discuss their own research, social media remains a core source of science news for both scientists and the public. In 2015, the Pew Research Center reported that nearly half of American Association for the Advancement of Science (AAAS) members use social media such as Twitter, Facebook, and LinkedIn to talk about science or receive science news.

Although she regularly scans the literature for her research, Kirkwood says she encounters papers through tweets and blog posts that she might otherwise never have found.  A new paper usually receives only a fleeting moment in the digital sun, if any, but during that window of time researchers across very different fields might catch a glimpse. “I’ve found that I’ve actually picked up a lot of information that’s useful to my research,” Kirkwood says. She adds that Twitter has even improved her teaching, because “I can stay on top of current trends and controversies” that anchor her lectures in relevant social context.

Establishing the use of social media as a mainstay in science departments remains a distant notion, however. Some researchers simply have no inclination to share their work on Twitter, Sever notes. “The predominant criterion for selecting people to be scientists is that they are good at science,” not necessarily that they are avid communicators, he says. “There are great scientists who can write clearly and eloquently . . . and there are great scientists who cannot.”

But others would contend that social sharing and scientific progress are made for each other, as passionate researchers can’t help but jump onboard a budding crowdsourced project. As Loman tweeted a few months after the E. coli event, “You know you are a bioinformatician . . . if you can’t stop yourself peeking at a whole pile of new sequencing data.” 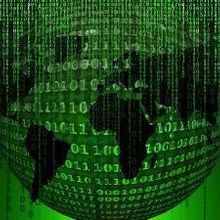