Building a company from scratch based on nothing more than an ambitious idea is a daunting task for a young life scientist, but it is also an alternative career path that can be exhilarating, rewarding, and even lucrative.

Academia doesn’t provide the ideal preparation for a foray into the ruthless world of commerce and industry, and any scientific start-up will find the road to riches strewn with unseen obstacles and failures. “In academia, the path tends to be quite clear,” says Caleb Bell, cofounder and CEO of Bell Biosystems, a Palo Alto–based biotech startup. “In entrepreneurship, it’s the opposite. The path is not at all clear,” he says. “So you need to be comfortable with uncertainty and not afraid of failure, and then you’ve just got to jump in and get on with it.”

Eager to do exactly that, a number of recent PhDs and postdocs have decided that... 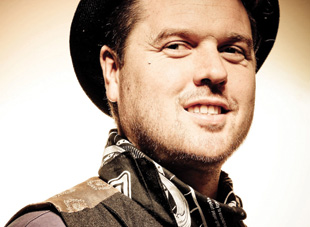 Todd Huffman was fascinated by the structural anatomy of the brain. While studying for a master’s in bioinformatics at Arizona State University (ASU), Huffman worked on algorithms for processing microscope-generated imaging data. As part of his thesis project, he started working with Texas A&M University’s Bruce McCormick, who at the time was developing the Knife Edge Scanning Microscope (KESM)—a 3-D scanning optical microscope with a novel, automated serial-sectioning technique for imaging large-volume tissue samples.

McCormick passed away in 2007. Later that year, Huffman dropped out of his PhD program at ASU and traveled to Afghanistan to work as a freelance technology consultant, implementing communications technologies in conflict zones. “I love science and academia, but am more suited to high-stress operational problems,” says Huffman.

When he returned to the U.S. in 2010, Huffman decided that he wanted to continue what his mentor had started. “Bruce’s vision was an army of robots doing large-scale imaging,” Huffman says, “and large-scale projects need the engineering and capital resources of the commercial markets.” With money he’d saved in Afghanistan, Huffman licensed the KESM technology from Texas A&M and started his own company, 3Scan Inc. He was able to negotiate a good deal on the technology because the big microscopy companies had turned it down.

Huffman spent the rest of his savings on equipment and the salaries of the two engineers he employed to help optimize the KESM. The team had to operate on a shoestring budget, and be patient, but they were able to increase the machine’s maximum tissue-volume capacity from 1 cm3 to 125 cm3—enough to scan a small primate brain. Then, in March 2012, the San Francisco–based company was awarded a $350,000 Breakout Labs grant from the Thiel Foundation. That allowed the team to adapt the technology for fluorescent imaging and expand the range of potential applications to 3-D reconstructions and stain analyses of large tissue samples such as tumors. “It also provided much-needed visibility and credibility,” Huffman says.

A year later, 3Scan has several paying clients and is helping a number of research groups develop projects and apply for funding to pay for KESM imaging. “Things are looking good now,” Huffman says. “We have a machine with real capability.” 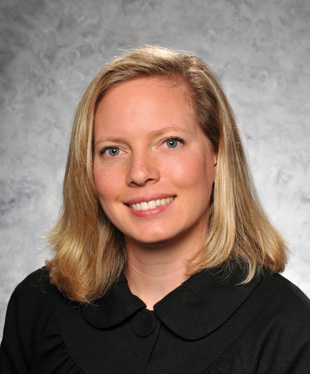 “My dad started several companies, so I was brought up with that ‘you-make-it-happen’ attitude,” says Ginger Rothrock, “and I knew I didn’t want a traditional academic career.” So when she completed her undergraduate degree in chemistry at South Carolina’s Furman University, Rothrock deliberately sought a PhD program with a focus on commercial applications. In 2001, she moved to the University of North Carolina in Chapel Hill, where she studied polymer chemistry and nanofabrication techniques under Joseph DeSimone, a professor of chemistry with a track record of entrepreneurship.

DeSimone wanted to start a new company based on his group’s proprietary PRINT (Particle Replication In Non-wetting Templates) technology—a lithographic nano-molding technique that fabricates nanoparticles with precise control over shape, size, chemical composition, and surface functionality. When he asked for volunteers, Rothrock was the first to raise her hand. Together with several colleagues, they cofounded Liquidia Technologies in 2004. Rothrock spent the next year finishing her thesis and tackling the myriad tasks that face a start-up. “I didn’t sleep much,” she says, “because at night I was doing market research, competitive intelligence, business plans, and helping to set up a new lab.”

Liquidia quickly secured multimillion-dollar investments and gradually came to focus on the design and production of precisely engineered micro- and nanoparticles for use in vaccines and other therapies. In late 2010, the company began its first Phase 1 clinical trial for an experimental flu vaccine developed in-house. In 2011, it began collaborating with PATH, an international nonprofit health organization, to help develop the next generation of malaria and pneumococcus vaccines. And last June, Liquidia announced a licensing deal with GlaxoSmithKline that allows the pharma giant to use the PRINT platform in conjunction with its own compounds to develop vaccines and inhaled drugs for respiratory diseases.

During her time at Liquidia, Rothrock’s responsibilities ran the full gamut, from R&D and project management to financial strategy, customer relations, and recruitment. “I had to learn a whole new set of skills,” she says. In 2011, after almost 7 years with the company, Rothrock left to join RTI International, a nonprofit R&D organization, where she manages the development of nanotech-enabled energy and environment projects. 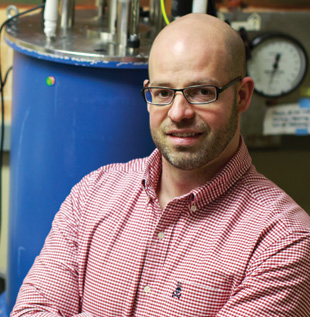 Straight out of high school in his native Philadelphia, Caleb Bell opened a jazz nightclub, and a deli. The business failed in 1999, and Bell went to study finance at Penn State University. But he soon decided to take on something more interesting: biochemistry. “It just grabbed my brain,” he says.

In 2004 Bell joined Ed Solomon’s lab at Stanford University to study the structure and function of iron enzymes. Then, on New Year’s Eve 2008, Bell came up with an idea, which he hastily scribbled down on a scrap of paper: What if he could create a synthetic organelle to serve as a heritable magnetic tag in cells? Such a tag would be remotely detectable with magnetic resonance imaging (MRI), and would therefore allow scientists to monitor transplanted therapeutic cells, such as stem cells, in vivo. With a technique called magnetically induced hyperthermia, in which pulsed fields raise the temperature of the magnetic nanoparticles, researchers could also selectively destroy therapeutic cells if they go awry. “I was hooked on the idea,” says Bell, who in 2009 cofounded Bell Biosystems with his younger brother Dan, an experienced businessman, now the company’s chief financial officer.

Bell graduated with a PhD in early 2011 and with just $55,000 set about trying to prove his idea had legs. “We had to be scrappy,” says Bell, who lived on food stamps and crashed at friends’ houses in the Bay Area as he did experiments in their basements. After just 6 months, however, Bell and his small, unsalaried team had created a heritable magnetic signature in cells without any genomic manipulation. By inserting a synthetic organelle, which he calls the “magnelle,” containing self-assembling magnetic nanoparticles, the team enabled a cell to be easily tracked via MRI. “It’s lab grown, but it’s pretty much a real-deal organelle,” says Bell. “We were lucky to get some very positive preliminary data.”

In late 2011, the Palo Alto–based company received help from StartX, Stanford’s start-up incubator, which provided free office space, advice, and introductions. The following March, Bell Biosystems won a Thiel Foundation Breakout Labs grant, and late last year the company secured $1.5 million from angel investors. “We have a long, hard road ahead,” says Bell. But if all goes according to plan, his company could take cell therapies from bench curiosity to clinical reality. 

Correction (April 1): When Caleb Bell graduated with a PhD in early 2011 he had $55,000 to prove his idea had legs, not $50,000, as previously stated. Also, Bell's comment about his synthetic organelle should have read, "It's lab grown but it's pretty much a real-deal organelle." On both counts, the text has been changed for accuracy. The Scientist regrets the errors.

Correction (April 1): 3Scan's Knife Edge Scanning Microscope (KESM) is a 3-D scanning optical microscope, not a 3-D scanning electron microscope, as previously stated. The text has been changed to reflect this. The Scientist regrets the error.