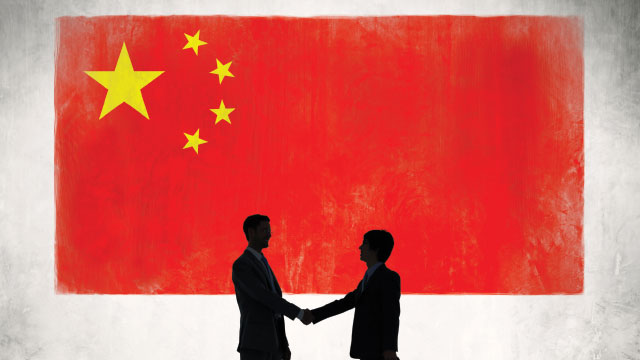 In 1999, China was responsible for 3.5 percent of scientific studies published globally, according to the journal-ranking database SCImago. By 2015, that number had leapt to 18 percent. Scientific output has exploded in the country alongside its flourishing economy and technological acceleration, leaving it second only to the U.S. in national research spending.

Growth, however, has not come without growing pains. In the late 1990s, three high-profile cases of plagiarism by Chinese researchers set into motion a national discussion over research integrity that continues today. Chinese academics warned at the time that if the country were to realize its potential as a research powerhouse, its institutions needed to crack down on dishonest research practices—not just plagiarism, but financial conflicts of interest and outright falsification.

Over the next two decades, Chinese government and academic institutions established ethics policies and educated students in how to avoid misconduct....

Scientific misconduct remains a thorn embedded in the side of China’s research enterprise, as a 2015 report from Nature Publishing Group observed. The country’s reputation for misconduct may well be harsher than is fair, given that misconduct is a problem found virtually everywhere. But the authors of the report write that the burden of this reputation “makes the need to tackle misconduct all the more important.”

By the end of the 1990s, national and international media had started to take notice of troubling research integrity breaches within China’s academic community. Over the course of a few years, researchers at three Chinese universities were exposed for lifting passages from other scientists’ publications, in several instances passing off entire manuscripts as their own. Although punishments were dealt, a 1996 commentary in Science noted that China’s scientific institutions lacked clear plans for preventing future misconduct, largely because none of the leading funders or regulatory bodies had gathered any information on the extent of the problem.

In the decades prior to these revelations, Chinese society had undergone sweeping and at times turbulent changes. After the end of the Cultural Revolution in 1976, the Chinese economy remodeled itself from agrarian to industrial, and the government took a keen interest in advancing scientific research. Cities modernized and their populations ballooned, and government grants poured funding into academia. But, the increase in research was not accompanied by parallel growth in regulatory oversight to prevent misconduct, says bioethicist David Resnik, coauthor of a 2010 historical assessment of research integrity in China (Bioethics, 10:164-71). The result was a research culture that pressured scientists to succeed and permitted ethical corner-cutting, such as plagiarism, in service of that success.

Cultural norms likely exacerbated the situation. In any country, the power and authority allocated to PIs can discourage students, postdocs, and other lab members from speaking up about research practices that violate ethical codes. In China, the cultural value placed on respecting authority figures makes this power dynamic even harder to surmount, Resnik observes. The language barrier also contributed to misconduct, as some scientists in China viewed borrowing phrases or sentences in English from a published text as an acceptable way to learn the language, a 2007 study of Chinese PhD students suggested (Applied Linguistics, 28:440-65).

One concerning practice in Chinese universities—in the early 2000s and, by some accounts, continuing today—was the use of monetary incentives for academics to publish in high-impact, international journals. According to a 2008 report in Science, the typical baseline salary for a PI in China at the time equated to no more than a few thousand US dollars per year, but publishing a paper in Science or Nature might earn bonuses upwards of $2,500. Such financial rewards only magnify the “publish or perish” mentality frequently blamed for incentivizing researchers around the world to falsify work.

Our country has been harsh in wording but weak in action in handling academic mis­conduct.—Pseudonymous writer Muding Bai
in the Chinese newspaper People’s Daily
(translated)

The simmering problem of research integrity in China eventually came to a boil, in part due to the efforts of Shi-min Fang, a Chinese biochemist and bioinformatics consultant based in San Diego. Fang had grown frustrated with the prevalence of shoddy research in China and with the unwillingness of researchers to challenge their peers. In 2000, he took matters into his own hands, turning his website New Threads into a forum for criticizing studies that made questionable claims and researchers with compromising financial ties. Scientists could anonymously post criticism as well, and the site soon teemed with accusations of research misconduct that might otherwise never have surfaced.

Allegations made on Fang’s site toppled some of country’s most visible scientists, sparking controversy along with praise. The computer scientist Jin Chen, for example, was at one point held up as a national hero for designing high-speed microchips, China’s answer to equivalent chips made in the West. But in 2006, a New Threads post alleging the chips were a fraud triggered a government investigation that wrested Chen from glory: the chips, the investigation revealed, were simply Motorola chips with the brand scratched off and replaced by Chen’s own brand.

Meanwhile, a misconduct scandal elsewhere in Asia served as another warning sign to Chinese academics about the urgency of addressing research integrity. The same year that Chen was called out on New Threads, Science retracted two papers by the lauded South Korean stem cell biologist Woo Suk Hwang, on the grounds that he had falsified data. “When that scandal came, it made a lot of us think hard,” says Danny Chan, a stem cell biologist at the University of Hong Kong. “Most of us were aware about the issue of responsible research conduct,” but the Hwang case made it clear that integrity needed to take high priority, he says.

In 2007, the China Association for Science and Technology (CAST), a regulatory agency connecting the Chinese government with its academic institutions, partnered with the American Association for the Advancement of Science (AAAS) to host a conference on research misconduct. Representatives from both organizations talked over the problem and possible solutions for two days in Beijing. “We want to send a message to the whole world that it is our purpose to promote the development of ethics and scientific integrity,” a CAST official said in a statement about the event.

One way the Chinese government hopes to improve the country’s research integrity is simply by educating researchers on what’s allowed and what’s not. In 2015, for example, CAST issued a list entitled “The Five Don’ts of Academic Publishing” that emphasizes in detail that “paper brokers”—companies whose services range from above-board assistance with English-language editing to malfeasant practices such as fabrication and peer review manipulation—should have no role in scientific publishing greater than fixing run-on sentences. And in 2011, Chinese leaders instituted a campaign to deliver lectures on research ethics to graduate students. In less than four years, 4.4 million graduate students sat in on Ministry of Education–sponsored lectures on research ethics, according to AAAS.

Another promising step toward implementing ethical research practices in China was the 2013 appointment of Wei Yang to lead the National Natural Sciences Foundation (NSFC), a major regulatory and funding agency. Yang, a former president of Zhejiang University, built himself a reputation for cracking down on scientific misconduct. When a plagiarism scandal blew through his university in 2008, Yang fired the researcher involved and punished others connected to the case—the first of around 40 misconduct cases Yang would address over the next two years with equal severity, according to a 2012 feature in Nature.

The various efforts from Chinese institutions to clean up misconduct are more than lip service in response to pressure from the West, says Resnik. “[Chinese researchers] have a lot at stake in this. . . . They don’t want a reputation for doing unethical or biased research.”

Evidence for the success of China’s efforts remains ambiguous, however, in part because independent data on research conduct in the country are scarce. And a handful of surveys suggest that the problem lingers. A survey in 2010 and 2011 of 1,800 academic faculty members at the University of Hong Kong found that only 12 percent to 20 percent believed fabrication of research was “harmful and deserving of punishment.” And a 2012 survey of 30,000 Chinese researchers found that around half admitted to ethical violations such as improper attribution of sources and submitting manuscripts to multiple journals, according to AAAS. (For comparison, a 2009 meta-analysis of surveys in the U.S. found that roughly one-third of scientists admitted to any form of research misconduct.) Plagiarism in particular appears to still be prevalent in publications from Chinese researchers. A 2014 study found that while China trailed the United States in its total number of retractions, the proportion of those retractions due to plagiarism was twice as high as the US figure.

The recent wave of retractions over faked peer review has brought renewed, unwanted attention to China’s research integrity. Since 2012, a total of 250 studies have been retracted on the grounds that authors provided false email addresses for suggested reviewers or otherwise tampered with the peer review process, and a recent assessment of the retracted studies found 75 percent were written by Chinese authors. A CAST investigation into the incident directed blame toward the country’s well-established network of paper brokers. “This third-party industry offering ‘scientific services’ does not have a self-regulatory organization and is not subject to penalty,” the statement read.

Others have blamed China’s research institutions for failing to adequately enforce misconduct policies. An op-ed published last November in the Chinese newspaper People’s Daily called on universities to dole out stiffer, more-consistent punishment for misconduct and to pursue investigations that could identify cases of wrongdoing before invalid research is published. “Our country has been harsh in wording but weak in action in handling academic misconduct,” wrote the author, under the pseudonym Muding Bai [translation courtesy of Ping Sun, a former official within China’s Ministry of Science and Technology; edited for grammar and clarity]. “They often turn a blind eye to academic misconduct and perform no investigation into cases unless allegations are made. As a result, ‘zero tolerance’ has amounted to ‘zero action.’”

Despite such lingering problems, many are optimistic about the future of research integrity—and scientific discovery—in China. Yang observed in a 2016 perspective in Nature that NSFC funding has ticked steadily upward while allegations of misconduct around grant proposals submitted to the agency have fallen. He writes: “China is rising rapidly up the global scientific ranks by every measure.”