Recently, I cofounded a small business, and my partner and I decided that we needed capital. Since neither of us had the desire or skills to write the mandatory business plan, we hired Howie, a new MBA and my son's friend, to do it for us. We gave Howie some background information and made some guesses about what things would cost and what we would earn. After getting additional background material, Howie devised a business plan that my potential investors say is just fine.

Howie could not have developed the idea behind our drug development business nor could he run it, but he knew how to combine our idea and the financial projections involved to make a compelling story.

Guess where this is going.

Some scientists who have what it takes to do good science can't write a grant to save their pipettes, while some who nail grants ad infinitum don't accomplish anything worthwhile with them. Clearly some scientists can: They have the creativity, curiosity, and imagination to do terrific research and the discipline and patience to tolerate the tedium and tactics required. But we're not all this gifted, and the upshot is that we risk losing good research by compelling scientists to do it all.

I've written my share. To support my neuroendocrine research, I wrote grants for 20 years to government agencies, large and small foundations, and drug companies. Some I got, some I didn't. And I hated every minute of it. I hated being in the position of supplicant, of having to convince people who seemed to know less about the topic than I did. I loathed the mendacity, the doublethink, and the catch-22s: Propose something original but also feasible and not too "high risk"; head in a new direction but provide pilot data showing that you know what you'll find when you get there. And, of course, I hated the pink sheets with their demands to change the research design – OK, sometimes for the better, but often not. Most of all, I hated the time that grant-writing consumed, taking me away from the fun of doing science.

Over the past two decades, grant acquisition has moved from the scientific endeavor's periphery to central stage, and it is fast becoming the yardstick of scientific worth. Some money, such as the dollars the National Institutes of Health distributes, carries more panache than other funding. In not a few academic institutions, appointment or promotion to a senior faculty position requires having an RO1 or something similar. And the amount of grant money that an individual, department, or institution acquires is the achievement most bragged about: The NIH-acquired booty is the centerpiece of the annual report. Grant money has evolved from a mechanism to pay research expenses to a surrogate marker of scientific merit and achievement. If I sound peeved, I am.

Grant-getting is a highly useful skill, but when I compare my colleagues who are phenomenal grant getters to those who aimlessly pound their keyboards, and, even worse, to those who have given up or moved on to places where grant-writing isn't required, I question the priorities here. The scientific community should boast first about its discoveries and second about its grant-acquiring acumen.

Until funding agencies radically change their proposal requirements (don't hold your breath), research institutions should hire Howies to write grants for promising investigators. Especially the junior ones. Senior researchers, awash in grant funds, already cede their grant-writing tasks to postdocs and other collaborators. Most research institutions have people who offer varying degrees of grant-writing help to investigators, but more often than not, the bulk of the work remains on the researcher's plate.

What I envision is a pool of well-paid Howies, with bonuses tied to successful procurement, and who have strong scientific backgrounds with specific education and experience in the topic at hand. They'll also need to be quick learners, adept at easily grasping what the investigator has in mind and how it fits into ongoing lines of research.

These folks are out there. I've known more than a few who prefer the challenge of acquiring a grant to the nitty gritty of doing the actual research. What gets their creative juices flowing is the opportunity to transform a research idea into one that's fundable. For them, the lab is a bore.

Because scientific society doesn't yet have a role for these Howies-in-lab coats, they come disguised, either as bored investigators who have trouble completing their projects but continue to get funded because of their quality applications, or as research team members who have grant-strategy finesse. Because getting the money is so seamlessly linked to research itself, the folks with this skill usually don't know it themselves.

But we grant-hating researchers, we know who you are. Let us tell you. Please.

Walter A. Brown, MD, is a clinical professor of psychiatry at Brown Medical School and Tufts University School of Medicine. 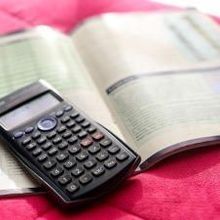