For decades, fertility research has successfully decoupled sex from reproduction, forever altering women's position and power in the developed world. Among all methods of contraception, none is as well known or influential as 'the pill.' Now, its power has been kicked up a notch, and the pill is poised to do what some say will disrupt the very nature of the XX sex. This leaves us with one question: In the next step of the evolution of women's contraception, should we eliminate the last major physical manifestation of the reproductive cycle, menstruation?

The birth control pill contains hormones that stop the release of an egg, which in turn prevents the buildup of the uterine lining. Bleeding occurs on traditional oral birth control (21 days of hormone pills, 7 days of placebo) only because of the interruption of the hormones during placebo days. A newer oral contraceptive, Seasonale, reduces the period still further, with only seven placebo days every three months. But the newest, continuous low-dose contraceptive, Lybrel, stops the period entirely.

No one disputes that eliminating menstruation could free women from a variety of uncomfortable or even dangerous symptoms, from severe pain and cramping to emotional swings. For some, these symptoms have a profound impact, but not necessarily one viewed as cause to eliminate periods altogether, until recently. Now, the message is clear and direct to the consumer: In the 21st century, women who are not seeking pregnancy need not waste time and energy with menstruation.

What happens to human nature if the period comes to an end? In one example, Canadian researcher Christine Hitchcock told the New York Times she worries about products that "turn your body on and off like a tap." Her concern was, in part, about the unknown consequences of stopping menstruation entirely, a concern shared by others who have asked whether the long-term side effects of such medication can really be predicted to any reliable degree. Other opponents of the end of the period argue vociferously that doing so is unnatural. Menstruation is not a "sickness," they say - it gives woman a sense of identity, and eliminating menstruation in a mammal that does not show estrus will profoundly alter the very nature of human nature.

Paradoxically, the concept of "what's natural" is one that supporters also use to justify the new contraceptives. On the Seasonale Web site, Patricia Sulak, professor of obstetrics and gynecology at the Texas A&M University System Health Science Center - College of Medicine, argues that it's not natural to have as many periods as modern women do, since previous generations had more children and breastfed longer. "Today we're having hundreds of periods in our lifetime, whereas a century ago we were only having a few periods. One might say that that's not natural; that's not what we were designed to do."

But these are preposterous arguments. The question is not whether stopping menstruation is natural. The question is: Is it safe? Menstruation isn't what defines a woman, since women are still women after menopause, and menstruating women often live with ailments that stop their periods. Menstruation is something that happens to women, just like sweating and headaches; consequently, arguing that no-period contraceptives alter human nature is no different than saying the same about antiperspirants or analgesics.

It is a stretch to suggest that menstruation will be considered a disease, and it certainly makes sense to conduct research aimed at improving women's quality of life. One could also note the billions of dollars spent on feminine hygiene products that serve no procreative purpose, or the environmental consequences of making and disposing of billions of pads and tampons. The real issue here is women's right to make choices about their reproductive systems and sexuality, and even about what risks they are willing to take with either, just as when the FDA first approved the pill in 1960. Period. 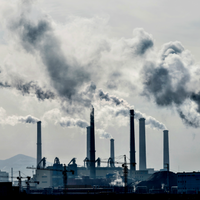