You have no doubt been reading about the millions of chickens being slaughtered in what appear to be increasingly hopeless attempts to contain avian flu. Poultry, the most efficient converters of vegetable matter into meat, pound for pound, are being taken out of the food chain in many places. But crops, the staples the world relies on for its basic calorie supply, are also threatened, as Canadian plant pathologist Dick Hamilton, the former ProMED-mail plant moderator, recently wrote. Here are a few morsels to give you the flavor:

Citrus: Due to a bacterial disease called citrus canker, production will cease in the Emerald area of Queensland, the main citrus production area of Australia. Tough luck on the Aussies, you may say, but in terms of world orange juice supply, can't the United States and Brazil easily fill the gap? Sorry. The exotically named bacterial disease Huanglongbing has recently spread to citrus orchards in Japan, Brazil, and the United States, where it threatens to become a serious problem.

Wheat: Leaf rust, also known as brown rust, is a fungal disease and one of the most important wheat destroyers worldwide; yield losses may reach 40%. Resistant strains of wheat had been developed, but it is now reported that the Lr 19 resistance gene for leaf rust no longer works.

Rice: Bacterial leaf blight and the kernel smut fungus have reduced Asia's annual rice production by as much as 60%.

Bananas: Together with plantains, these are the most important agricultural products in the tropics, with annual production of more than 100 million metric tons. Their most important plague is known as Panama disease, or Fusarium wilt, which is caused by a fungus. A new variant of the fungus has been responsible for outbreaks and is spreading in Southeast Asia. If it reaches the Americas and Africa, it could have a severe impact on production.

Soybeans: Bean pod mottle virus (BPMV) caused significant crop losses in 2005. Yields from infected plants were lowered by 10%-40%, and grain quality was reduced both in oil and protein. BPMV is spreading in the North American region but has also been reported in Iran, suggesting that infected seed may have been used for planting there. Southern bean mosaic virus causes severe symptoms in beans and other important leguminous food crops. It has been reported from Africa, North America, South and Central America, France, and Iran. Soybean decline means less animal feed, which has an impact on meat and dairy supplies.

Cassava (mandioca): Cassava mosaic disease is caused by a group of viruses, occurring in all cassava-producing regions of Africa, India, and Sri Lanka. The disease results in annual yield losses estimated at 1 billion pounds sterling (US $1.8 billion).

Potato and onion threats were also reported in the second half of 2005. These scourges are spreading and getting worse. Imagine breakfast without orange juice and cereal, lunch without tomatoes in our BLT sandwiches or on our pizzas, and dinner without ketchup on our fries or tomato sauce on our spaghetti, not to mention the demise of the bloody Mary. But joking aside, serious damage to the cassava or plantain crop in Africa or to the rice crop in Asia could lead to starvation or at the very least, severe malnutrition, leaving people open to infections that would more likely be fatal in their weakened state.

Rather than pouring more chemicals onto the problem, or having to leave fields unproductively fallow for years, gene sequencing of these pathogens should be expedited to allow more rapid identification of resistant strains of crops.

Jack Woodall is director of the Nucleus for the Investigation of Emerging Infectious Diseases in the Institute of Medical Biochemistry at the Federal University of Rio de Janeiro, Brazil.
jwoodall@the-scientist.com 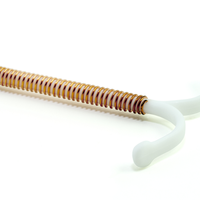 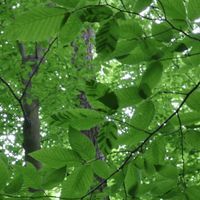