My children have no idea what I do. According to my six year old, bioethics is not a job; it's where I am before I come home, and what I do on my computer. One of the badges I was issued by New York State's public health labs when I came to Albany said "Chief, Office of Bioethics," and when he saw it, my son patted me on the back for finding a real job: He thought I was a police chief.

That bioethics is impossible to explain to a child isn't all that troubling, unless you are Dad. Still, the presence of bioethics in virtually every major debate about social values has made it more difficult to explain what it is that those who work in bioethics actually do, or how to recognize when we are doing it well. How can any scholarly field be broad enough to address - indeed, be at the center of - debates over Terri Schiavo, stem cell research, the rationing of drugs for a pandemic or respirators after a hurricane, the risks of clinical research, the sale of human organs, the creation of artificial life, and the role of physicians in torture?

In the 36 years since Van Rensselear Potter coined the term, interest in bioethics has spawned hundreds of institutes, more than a dozen journals, and many degree-granting university programs. But neither bioethics' practice nor those styled as practitioners are defined in the same way by any dozen people outside academia. Even academics are split on whether bioethics is in exile from philosophy departments or a subspecialty of medicine. Colleagues, bosses, students, community groups, and potential donors ask whether bioethics involves real scholarship and teaching, or is it merely a shill for regulatory, corporate, or political interests. Even those of us who work in the field of bioethics are divided on whether ours is a discipline, whether we should have certification (badges, anyone?), and even the need for a code of ethics.

There are as many ways to parse the jobs and activities of bioethicists as there are problems under study in the field. Many use the title to describe or advertise their work. Those who write in the peer-reviewed journals of bioethics, teach and work in institutes devoted to the subject, and are members of the key organizations clearly qualify for the appellation. Scholars in bioethics now have a huge impact on science and medical policy, and those who pretend to be bioethicists in order to put that mantle on their political or religious arguments do so precisely because they recognize the increasing importance of the field.

At a time, however, when political columnists, fundamentalist zealots, and untrained aficionados not only call themselves bioethicists but also are eligible to work on a presidential commission on the subject, many of those who should be calling themselves bioethicists repudiate that label instead. Though tempting, it would be a mistake to recoil in horror as bioethics becomes politicized. A good sign of the health of bioethics in fact is the healthy debate and political action elicited by bioethics scholarship. It would be bad news indeed for the future of debate about ethics in medicine and science if no one cared about the controversial conclusions reached by those who study and write in the area.

I'll admit, there's a certain allure to the idea of a job that my child can understand. But while I hang on to my "chief of bioethics" badge, really it is an artifact of a time when bioethics had to be explained not only to children but also to everyone. Today most leaders in science and medicine know that bioethics, properly understood, isn't a police force, a task force, or the product of a president's commission. All appearances to the contrary, the explosion of interest in bioethics and even the groping to be called a bioethicist represents a recognition that the field of bioethics is coming of age.

Glenn McGee is the director of the Alden March Bioethics Institute at Albany Medical College, where he holds the John A. Balint Endowed Chair in Medical Ethics.
gmcgee@the-scientist.com 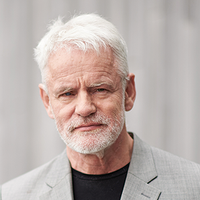 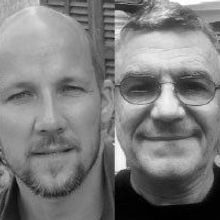