I just finished reading a biography of Albert Einstein by Walter Isaacson (Simon & Schuster, 2008) and thoroughly enjoyed it. I have long been fascinated by how this one man was able to revolutionize physics in the early 20th century.

Isaacson argues that Einstein achieved his breakthroughs by creating a conceptual framework that could link disparate areas of physics. This framework was built by combining experiments, theory and philosophy. Einstein's deep intuition regarding experimental systems (from his days as a patent clerk), skill in mathematics, and his philosophical perspective of causality provided the means to create theories in quantum mechanics and relativity that could make testable predictions spanning the smallest to the largest processes in the universe.

The 21st century has been called the era of biology, just as the 20th century was for physics. The sequencing of the human genome and the exponential growth in biological knowledge gives credence to such claims. Unlike physics, however, we are still a long way from a unified understanding of biological processes that can predict outcomes from first principles. But there is optimism that it will come.

Biology certainly has a lot of experimental data on which we could build a unified foundation. We even have functional philosophies in the form of empiricism and the scientific method. However, we are woefully short on quantitative biological theories or logical or mathematical frameworks by which we could generate testable predictions in the way that relativity and quantum theory did.

There have been attempts to generate a theoretical framework for some aspects of biology, such as "metabolic theory," but these tend to be focused on explaining a subset of biological phenomena based on underlying physical constraints. Evolution is the most general theory we have, but it serves mostly to explain how life arrived where it is today, rather than predict outcomes of our laboratory experiments.

Many biologists feel that there never will be a theoretical biology that is predictive. The late and great Stephen Jay Gould alluded to this idea when he frequently stated that life is a "contingent outcome of history." In other words, if you replayed the history of life on earth multiple times, you would get different results. If evolution itself is not predictable, can we really create a biological theory that predicts outcomes from first principles?

Small-scale biological theories, such as those describing membrane and protein interactions, can be predictive because the relevant processes are dominated by physical constraints, such as diffusion, hydrophobicity and entropy. The problem is that these types of theories do not scale, and become far less predictive as we increase the complexity of the system. Systems biology, my field, also tries to create a predictive framework, but the vast majority of models are still descriptive, not predictive. Emergent properties tend to arise that are difficult to predict from the behavior of the underlying components. And predicting emergent properties is necessary if we truly want to understand problems such as how changes in specific genes can lead to disease.

Mathematical approaches to simplification that worked for physics are simply not going to work for biology. So what will work? In my opinion, some of the most promising concepts come from ideas about networks. There are a lot of similarities between computer networks, social networks and biological networks. For example, proteins that act as "bottlenecks", or critical connectors between parts of regulatory networks in cells, tend to be essential - just as bottlenecks are critical to social and transportation networks. Ideas on how to analyze and predict network behavior have been informed by concepts arising from the computational and social sciences, which are themselves increasingly concerned with understanding networks. The interesting thing about these ideas is that they work at scales ranging from the molecular to the population level.

Network biology is still in the early stages of development, but is rapidly becoming one of the foundations of systems biology. It promises to unify fundamental aspects of biology in a unique and powerful way. Biology doesn't have an Einstein yet, but there's reason to hope that we might find one. 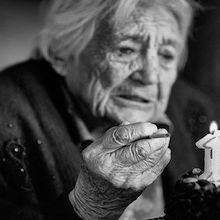