George Bernard Shaw commented on how ridiculous it is that just as we are reaching the age at which we begin to acquire some wisdom, our faculties start to deteriorate and our bodies let us down. So, when we should be applying our hard-won experience to solving the problems of human conflict, overpopulation, and the degradation of our planet, we spend a disproportionate amount of our remaining lifespan worrying about our failing health and memory.

How different our lives could be if we lived twice as long and retained full possession of our health and senses, and no one would have to retire unless they wished to. (For some ideas on how to do this, see article here.) A doubling of current average life expectancy to 160 years does not imply that everyone will live that long. There will still be attrition due to accidents and disease, with many people dying before they reach their 100th or even 50th birthday, and others living to 200 or more.

I'm not talking about a doubling of our lifespan overnight, but rather, an acceleration of current trends in developed countries. Anything much more rapid would be too disruptive. In Switzerland, during the decade 1990-2000, the number of centenarians doubled in 8.4 years for men and 9.8 years for women; in the decade 1970-1980 the doubling time was even shorter, at 6.5 and 6.0 years, respectively. If this time could be markedly reduced, countries would find their cohorts of Methuselahs dramatically increased, and interestingly, more than 80% of them would be women, with implications for a possible change of perspective in decision-making.

Such increasing longevity would require us to develop a progressively deeper understanding of apoptosis, cancer, and diseases such as Alzheimer, and how to conquer them or, at the very least, significantly delay their onset. We would not want to abolish death altogether, at least until we had a better idea of the implications of a much longer lifespan.

The downside would be the perpetuation of presidents-for-life. You have no doubt noticed that the rich and powerful, if they survive assassination attempts, tend to live for ages, hanging on to their positions well past their sell-by-dates. A similar problem is with the people who fill their positions without actually contributing anything - the deadwood found in any organization. Solving these problems would be a priority for the new generation of wise men and women.

On the other hand, the upside would be that people who knew they stood a good chance of living for two centuries or more would be more likely to take seriously the problems of global warming and environmental pollution, since they would start to feel the severity of the impact. Just imagine, if only Methuselah had had the wisdom of Solomon, we might be much farther ahead today in our understanding of human nature. If Einstein could have lived for a couple of hundred more years, imagine where we could be in our understanding of the universe.

Although the world's problems linked to overpopulation will continue to increase, if current trends continue, the proportion of older people in the population will increase faster, producing an ever larger pool of wise people. So, solutions to world problems should increase even faster as those minds cooperate to attack them.

Global problem-solving by the new wise could work like this: Groups of specialists, paid by both government and public-interest foundations, would brainstorm the parts of the overall problem that particularly interested them. By video-consulting together through the Internet, without any of the constraints of time or space that an office demands, they would filter, organize, and review the vast mass of data and information available in cyberspace in their fields of expertise, using the Semantic Web. Groups of wise bi- or tricentenarians would meta-analyze the output, connecting relevant solutions to solve the larger problem. The results would then be passed on to a global council of millenarian sages, called the Solomothuselahs, who would live wherever their surroundings were most conducive to deep thought, be it mountain-top or desert. These geniuses would thus have the best possible advice to enable them to confront and resolve the world's biggest challenges, and see their efforts to completion.

So, all we need do is hurry up and solve the medical problems of aging - the sooner the better for all of us.

Jack Woodall is director of the Nucleus for the Investigation of Emerging Infectious Diseases in the Institute of Medical Biochemistry at Brazil's Federal University of Rio de Janeiro. jwoodall@the-scientist.com 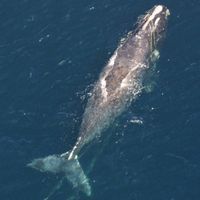