Self-renewal and the capacity to differentiate into a multitude of mature cell types have made stem cells the hottest ticket in biomedicine. But there are questions aplenty, scientific and otherwise.

If your important question was missed, please let me know.

Richard Gallagher (rgallagher@the-scientist.com) is editor of The Scientist. 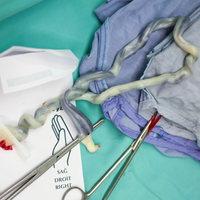