In 1968, Phillip Lieberman was taking a bath when he heard a radio report on WGBH, Boston’s NPR affiliate, that dramatically changed his life. “Bill Cavness was reading a book by Loren Eisley about why apes can’t talk, and I wondered why,” he says. At the time, Lieberman was working on his PhD thesis at MIT, investigating how breathing patterns change during human speech. The thesis later became one of the first books published by the MIT Press. “I got this phone call saying, would I mind if they published my thesis,” Lieberman recalls, laughing. “I said, no, obviously I don’t mind.” The cognitive scientist would go on to publish half a dozen more books on human speech. He had initially started studying speech while he was researching secure communications for the US Air Force during the Vietnam War. The 1968 NPR piece piqued his interest in how the vocal... 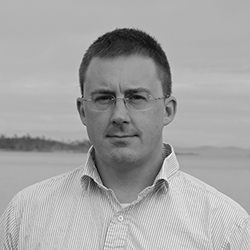 When he was five years old, historian Jason Colby stepped onto a commercial fishing boat in Puget Sound for the first time. He soon fell in love with the Salish Sea, a network of waterways along the coasts of British Columbia and Washington State. In that area, “orcas are the sacred animal of a very secular region,” he says. “You see the image everywhere in the Pacific Northwest.” The local ubiquity of orca images got him interested in how our relationship to the whales has changed over the last century. During that time, humans’ perception of orcas shifted from “a dangerous vermin species up until the mid-1960s to being one of the most celebrated, iconic, and beloved species on Earth,” Colby says. While he worked on commercial fishing vessels in Alaska and on fish farms in Puget Sound in his teens and early 20s, he became interested in “the increasingly iconic place that charismatic megafauna had to our shifting environmental politics.” In 1997, Colby graduated from Whitman College in Walla Walla, Washington, with a BA in US and international history, and soon began collecting oral histories of pioneering environmental scientists. Colby went on to complete a master’s and PhD in international history and foreign relations at Cornell University. But he never stopped studying humanity’s complicated relationship with orcas. In April, he published Orca: How We Came to Know and Love the Ocean’s Greatest Predator. Read his article “How Live capture Changed Scientific Views of Killer Whales” here. 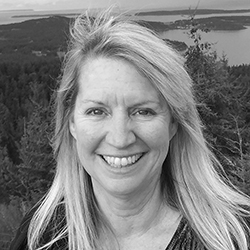 Thirty years ago, Laurie O’Keefe started working in what was at the time an obscure field: medical illustration. She says she had always “wavered” between science and art. A biological illustration class she took in her last semester as an undergrad majoring in zoology at Colorado State University focused her interests: “I thought, this is it.” After a graduate degree in anatomy with a focus on medical illustration, she started to look for work. Reluctant to leave Colorado, O’Keefe took a research associate position at a hospital in Denver. Conducting research during the day and illustrating at night to build up clientele, she “was pretty much not sleeping.” Three years in, she landed three deals for illustrating biology textbooks, something she went on to do for 10 years. More than 100 books later, O’Keefe switched over to doing all manner of illustrations “to stay afloat” in a changing publishing landscape. She even turned down a spot in veterinary school, deciding to devote her career to drawing, rather than caring for, animals. As for her work with The Scientist, “I think whenever there’s a rat or mouse, that’s when I get called up,” she says. This time around, her work is devoid of rodents, but her stunning illustrations of the physiology of language production can be viewed here.