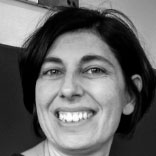 COURTESY OF DANIELA CARULLI“Like many kids, I was interested in animals,” says Daniela Carulli, and she wanted to be a veterinarian when she got older. “Then I got allergic to animals when I grew up.” She decided that she could study ecology instead and observe animal behavior from a distance. But during her undergraduate studies at the University of Turin, in her home town in Italy, Carulli took a comparative anatomy course and became fascinated by the complexity of the brain across different species. She went on to obtain a master’s degree from the institution and then began looking for a place to pursue a PhD in neuroscience. After seeing a posting for an opening in Piergiorgio Strata’s lab at the University of Turin, she applied and joined the group. With Strata, Carulli studied axon regeneration and plasticity. “They go hand in hand,” she says. She went on... 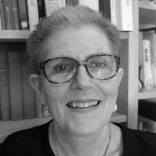 MIREK GORSKBarbara Lipska knows a lot about endurance. A lifelong runner, she has spent years training for marathons—and that training gave the neuroscientist the stamina she needed to get through many difficult times. Lipska lost her first husband to cancer nearly 40 years ago, while she was living in Warsaw, Poland. At the time, she says, cancer was a disease one had to suffer through alone, because of the stigma associated with it, and so they told no one about her husband’s diagnosis. After moving to the United States in the 1980s, Lipska began working at the National Institutes of Health, where she later became the Director of the Human Brain Collection Core (HBCC). In 2009 doctors diagnosed her with breast cancer, and in 2012, with melanoma. Her marathon training helped her get through each radiation treatment: she says that in a marathon, you have to be able to keep moving forward, even when you think you can’t. In 2015, Lipska faced down a brain tumor, which eventually led to vision loss and serious mental problems. But with the help of her family, doctors, and her own tenacity, she overcame that challenge as well. She writes about her harrowing brush with cancer and mental illness in her essay “Studying the Brain, Losing My Mind” here. 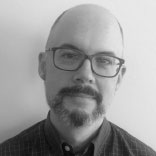 Like many a science journalist, Jim Daley’s career path took a circuitous route—his perhaps more meandering than others. He grew up on the South Side of Chicago, and, having come from a long line of Chicago Public School teachers, he went to Morgan Park High School, rather than the one of the Catholic schools many kids in the neighborhood attended. Instead of going to college after graduating, he spent a few years waiting tables and attending anti-globalization protests around the country.

Eventually, Daley felt the tug of university and a career. It was a professor at Harold Washington College in Chicago, where Daley was taking a few general education courses, who finally pointed him to biology. “He told me, ‘I’m going to make you a biologist,’” Daley recalls. The nudging worked. Daley went on to earn a biology degree from the University of Illinois at Chicago with a concentration on avian ecology, “with the interest of being a science writer, but I didn’t know what that meant at the time,” he says. “I didn’t do anything with it after college because I fell in love with ecology.” Daley didn’t fall in love, however, with sacrificing animals for research, and he later quit working in a bird lab, opting instead for a series of technician positions in clinical research groups. After a few years, he revisited the idea of writing, launching a blog, freelancing for trade publications, and now interning at The Scientist. On page 23 of this issue, he writes about the chemical signals ants use to disinfect colony members carrying a pathogenic fungus. “It’s like a superorganism with an immune system.”