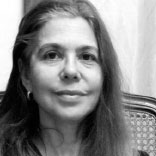 WENDY JONESWendy Jones’s interest in neuroscience and psychology grew out of a long-standing love for literature. In what she considers her “first career,” Jones earned a PhD in English literature and then taught English literature and writing at Cornell University. During that time, she came across the term “cognitive literary criticism,” the practice of applying cognitive psychology to the interpretation of literary work. She was fascinated and started to take courses in neuroscience and psychology. Jones can pinpoint her “great crossing-over” to science to when she dissected a sheep’s brain: “I felt like a real scientist,” she laughs.
Jones began to publish work exploring the intersection of cognitive science and literature, and taught courses such as “Literature and the Mind-Brain” at Syracuse University and “Cerebral Seductions” at Cornell. Her most ambitious work focuses on her favorite author, Jane Austen. In Jane on the Brain: Exploring the Science of... 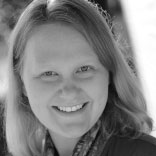 MARK BENNINGTONAmber Dance decided in elementary school that she wanted to be a scientist. It wasn’t until she was in grad school at the University of California, San Diego, studying cell biology and microbiology that she started to second-guess her decision. Dance realized she liked talking and thinking about science more than actually doing it, and began to pursue a career in science writing. “Somebody else spends years and sweat and time doing all the hard experiments, and then I get to show up at the end and tell everybody what they found,” she says. She ended up completing her PhD, but took a science writing class and began freelancing for the local newspaper while she did so. After Dance graduated, she enrolled in the University of California Santa Cruz science communication program, then headed to Washington, DC, for a summer internship with Nature. She followed that up with a part-time job with Alzforum.org, freelancing on the side, and about a year and a half ago made the transition to full-time freelance work. Dance is regular contributor of The Scientist’s Lab Tools column, with more than two dozen articles bearing her byline. 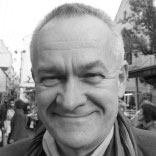 COURTESY ANDRZEJ KRAUZEThe amusing drawings of Andrzej Krauze have graced the pages of The Scientist since February 2004. With his current contribution of two cartoons per issue (one on the editor’s page and one in the Notebook section), that’s pushing 200 of them—far short of the more than 10,000 Krauze has contributed (and continues to contribute) to the UK newspaper The Guardian. This prolific artist was born in Poland, publishing his first drawing at the age of 19. At the Academy of Fine Arts in Warsaw, Krauze concentrated mainly on graphics; the animated film he submitted as a requirement for graduation was immediately censored, perceived as having an anticommunist slant. For five years, his political cartoons were published in Kultura, a weekly Warsaw newspaper. He left Poland with his wife and child in 1979 and settled permanently in London in 1982 after being granted political asylum. “Science is more interesting to me than politics,” he says. “It’s closer to what is really going on in life and more intellectual.” Because English is not his first language, the art must say it all, he adds. To arrive at the final cartoons published in TS each month, Krauze lets his imagination soar after getting a brief précis of the subject matter from the editors and the art department. Visit andrzejkrauze.com for a full tour of his incredibly varied and enormous portfolio.