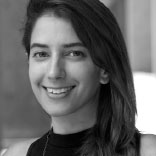 JOE BELCOVSONAfter graduating from the University of South Florida in 2006, Sara B. Linker spent a little more than a year in Hawaii doing high-performance liquid chromatography for a startup company. That’s when she realized, rather than just doing science, “I wanted to be the one leading the projects.” So she applied to graduate programs, landing in Dale Hedges’s lab at the University of Miami’s Hudson Institute for Human Genomics, where she studied retrotransposons and learned about bioinformatics. She earned her PhD in 2014, then accepted a postdoc at the Salk Institute for Biological Studies in the lab of Fred “Rusty” Gage, where she’s since been working on single-cell RNAseq of individual mouse neurons to identify the transcriptional component of memory. “Rusty is one of the key people in transposon research,” Linker says. “It was a wild dream to come here.” 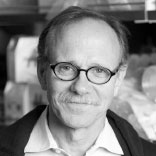 Gage’s own interest in retrotransposons and somatic mosaicism was a bit serendipitous, he admits. As he recounts in a feature story coauthored with Linker and Bedrosian, it all started with a comparison of gene expression in neural 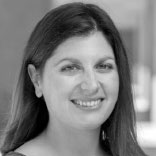 JOE BELCOVSONprogenitor cells (NPCs) and other cell types derived from them, which pointed to elements of LINE-1 retrotransposons as being most highly expressed in the NPCs. Following up on these early results, Gage and his colleagues found that retrotransposons are a major source of genetic diversity among neurons. Prior to that work, Gage had been a leader in the field of adult neurogenesis, publishing the 1998 pioneering study that demonstrated the birth of new neurons in the adult human brain. Following a PhD from Johns Hopkins University, he held faculty positions at the Texas Christian University, Lund University in Sweden, the University of California, San Diego, and is now a professor of genetics at the Salk Institute for Biological Studies. Gage says he learned early on that “being a scientist is more than just doing science; it’s being a part of a community. . . I try to give back to my scientific community for the privilege of practicing the art.” 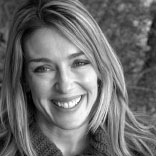 PHOEBE TAUBMANAbigail Marsh was a Dartmouth College undergrad with a few introductory psychology classes under her belt when she took a trip home to visit her family in Tacoma, Washington. But she had not yet decided to devote her life to a career in the field. It was a fateful drive down Interstate 5 that would dictate her decision. As she drove down the multilane highway around midnight, Marsh swerved to avoid hitting a dog that had run out into the road. Her car fishtailed, spun around, and ended up across the highway, facing oncoming traffic, the engine dead. “I was sure I was going to die,” Marsh says. She turned on her flashers and high beams and continued trying to start the car. Then, a man appeared at her passenger door’s window after having run across eight lanes of highway. The mysterious savior got into her car, managed to start it, and piloted it safely over to the shoulder. His actions left an indelible mark on her. “You can’t really have an experience like that without having it dramatically affect your perception of human nature,” she says. “This guy has instantly decided to risk his own life to save mine.”

So Marsh made up her mind to devote her career to seeking the psychological root of such altruistic behavior. Through the rest of her undergraduate and graduate studies, she sought answers in the human brain’s amygdala, studying its role in experiencing fear and in sensing fear in others. Her work has helped her understand the motivations and neuroscience behind ultimate altruists, such as kidney donors, as well as people with psychopathic traits. One key to aligning her test subjects on this spectrum, says Marsh, now a researcher at Georgetown University, is the functionality of their amygdalas. “You can learn a work-around to identify someone’s emotions,” she says, “but they still have to develop an emotional response.”

Marsh writes about the important role that sensing and feeling fear play in living a healthy life in an essay here.