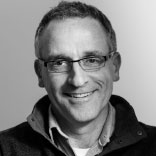 BRAD ZIEGLERAndrew Read’s interest in natural history and evolution began when he was a child growing up in New Zealand. The islands are home to many “strange and weird birds and animals,” he says; their uniqueness and diversity prompted him to think about how they came to be. After obtaining a bachelor’s degree from the University of Otago, Read moved to the University of Oxford to pursue graduate studies in bird evolution. There, his interests began to diverge from birds to something much smaller and faster-evolving: pathogens. The pace of infections enthralled him, and he recognized that by studying infectious disease, he could observe evolution in real time. “I’ve been working on them ever since,” he says. How pathogens evolve is fundamentally important to human health, he says, and such research could positively affect society. After a series of faculty positions, first at the University of Tromsø in... 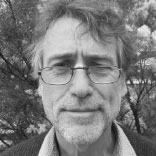 PETER KERRIn his early years as a practicing veterinarian, Peter Kerr had no intention of pursuing a career in research. “I thought I wanted to be a country veterinarian,” he says. “I loved working with animals.” But after working as a consultant to help control disease on pig farms, Kerr began to wonder how the same pathogen could be completely benign on one farm and cause rampant disease on another. To understand the answers to this question, Kerr knew he needed to arm himself with a solid background in molecular virology. This became the focus of his PhD studies at the Australian National University, and ultimately, “led me into this area of viral pathogenesis, of trying to understand how viruses cause disease,” he explains.

After completing his PhD, Kerr was recruited by the Commonwealth Scientific and Industrial Research Organisation (CSIRO) in 1990. There he spent 24 years pursuing his interest in viral virulence. He then moved to the University of Sydney, from which he officially retired at the end of last year. Unofficially, however, “I’m keeping busy.” Kerr is an honorary fellow at the Marie Bashir Institute at the University of Sydney, and since 2008, he’s been working with colleagues Andrew Read and Edward Holmes on questions surrounding the evolution of viral virulence.

In this issue, Read and Kerr delve into the evolution of microbial pathogenicity.

HELEN BERNSTo peer into the brains of dogs, Emory University professor of psychology Gregory Berns and his team have figured out how to train them to sit still inside MRI scanners. Berns uses these neuroimaging techniques to study social behavior, emotions, and reward processing in dogs with the goal of understanding “why dogs are what they are,” he says, and “what they’re thinking and feeling.” According to Berns, after thousands of years co-evolving and forming social bonds with humans, “[dogs] themselves are special.”  Berns didn’t begin his career by wanting to delve into the canine psyche, however. As a medical student, he became interested the brain’s reward circuits while conducting research in Terry Sejnowski’s lab at the Salk Institute. After obtaining his MD from the University of California, San Diego, in 1994, he did a residency in psychiatry and subsequently began to study reward circuits in humans, choosing neuroscience research over clinical medicine. In 2011, he began what he calls “a crazy side project” in canine neuroimaging that, over time, became his primary research focus. Since then, he’s branched out into imaging the brains of other mammals, including those that are endangered, in an “attempt to map the 3-D structure of a wide range of species before they’re gone.” Even an animal’s extinct status hasn’t stopped Berns from wanting to learn about its brain. Learn more about his research on both extinct and living animals in his essay based on his new book, What It’s Like to Be a Dog: And Other Adventures in Animal Neuroscience.