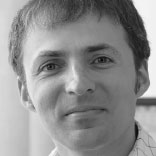 MONTY RAKUSENSkirmantas Kriaucionis had been playing around with microscopes since his school days. But it was during a project with DNA methylation researcher Saulius Klimasauskas at Vilnius University in his native Lithuania that Kriaucionis got a real chance to dive into biological research. “The work was really exciting,” he says. “My interest in it has continued throughout my life.”

After relocating to the University of Edinburgh in 2000, Kriaucionis began a PhD with geneticist Adrian Bird on MeCP2, a protein that binds to methylated DNA. “It was a very exciting period to work on MeCP2,” Kriaucionis recalls—Bird’s lab had just developed a knockout mouse model, and mutations in the MECP2 gene had recently been linked to Rett syndrome in humans. With Bird, Kriaucionis identified a previously overlooked isoform of the protein that accounted for more than 90 percent of MeCP2 in mouse brains.

Now, at the Oxford branch of the Ludwig Institute for Cancer Research, Kriaucionis’s lab is investigating the role of DNA methyltransferase enzymes in cancer development and probing possible roles for modifications such as 5hmC in neurons. Kriaucionis describes his discovery of 5hmC and explores the possible functions of epigenetic modifications to DNA in his feature, “The Role of DNA Base Modifications.” 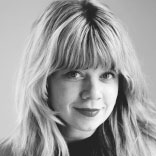 ARDEN WRAYAs a biology undergraduate at Queen’s University in Kingston, Ontario, in the late 2000s, Britt Wray was inspired by her lectures, but realized that a life in the lab wasn’t for her. Instead, it was another pursuit that would provide direction after graduation: a student radio show about science. “I had a little recorder pack, and I’d go and find people in their labs and talk to them about their work,” Wray says. “I loved it.”

That experience was just the first taste of a successful career in radio journalism. Graduating from Queen’s in 2008, and earning a graduate diploma in communication studies from Concordia University in 2010, Wray went on to produce and host several shows on CBC. This year, she appears as cohost on BBC’s new science podcast, Tomorrow’s World. Wray also holds a master’s degree in art, media, and design from OCAD University in Toronto, for which she designed a six-month installation and workshop series to engage public interest in synthetic biology. The program allowed Wray to collaborate with artists and designers—people who “are asking questions from a sideways angle compared to how scientists might be approaching the topic,” she says.

In 2014, Wray began a PhD in the University of Copenhagen’s Department of Media, Cognition, and Communication, where she is exploring new methods to communicate advances in syn bio. She has also completed her first book, Rise of the Necrofauna—an exploration of efforts to recreate extinct organisms such as the woolly mammoth. She describes this project, and the science behind it here. 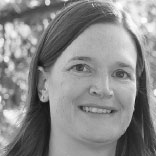 KAT ONRUBIAAs a biochemistry major at Colorado College, Shawna Williams assumed she’d eventually go on to get a PhD and become a researcher—until she spent a summer genetically altering yeast cells. “It wasn’t nearly as fun as just learning about the science,” she says. So she switched gears and in 2002 enrolled in the University of California, Santa Cruz, graduate program in science writing. After graduation, she did internships at the European Organization for Nuclear Research (CERN) in Geneva and the Stanford University School of Medicine, before securing a permanent position as the communications officer at the Boyce Thompson Institute for Plant Research in Ithaca, New York, in 2004. Two years later, she accepted a position with Johns Hopkins University’s Genetics & Public Policy Center in Washington, DC, writing about issues such as genetic privacy. In 2009, she again switched gears, moving to Chengdu, China, to teach English at Sichuan University. There, she met her husband, and remained in China working as a freelance writer and editor. In 2012, Williams spent six months in Japan as a science writer at the brand-new Okinawa Institute of Science and Technology, before returning to the U.S., where for the past five years she has been working as a communications manager at Johns Hopkins University in Baltimore. When she saw the opening at The Scientist for an associate editor position, Williams jumped on the opportunity, joining the staff in June. “[It] seemed like a job where I would get to do a whole lot of writing and editing and have a wider pick of a wider variety of stories. And it has been a great fit in that way.”