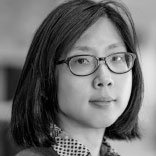 STUART WINTHROPE, UNIVERSITY OF MELBOURNEEe Ling Ng was born and raised in Malaysia. Before starting her undergraduate studies at Monash University Malaysia, Ng spent some time doing conservation-related volunteer work around the country. “I think growing up in Malaysia and doing the volunteer work opens your eyes to how many problems we have in the environment when we blindly chase economic growth,” she says. Later, Ng spent two years working on a master’s in applied ecology, studying and conducting research at four different universities in Europe. During one of her placements, at the University of Coimbra in Portugal, Ng was introduced to soil ecology when she met José Paulo Sousa, a professor of soil ecology and ecotoxicology. “That’s when I realized soil was one of the most complex ecosystems in the world, and that was very exciting,” Ng says. Ng studied soil science during her doctoral studies at Monash University in Melbourne, Australia,... 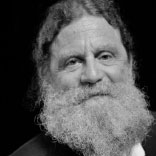 THOMPSON MCCLELLAN“I grew up in Brooklyn, back before it was trendy,” says Robert Sapolsky. From an early age, Sapolsky knew he wanted to study primates—he started writing fan letters to primatologists at age 12 and studied Swahili in high school to prepare himself for future field work in East Africa. But during his freshman year at Harvard University, the primatology class he wanted to take got canceled, so he enrolled in an introductory neuroscience course instead. “[It] blew me away,” he says. “Ever since, I’ve been alternating between being a neurobiologist, studying the neural bases of behavior, and a primatologist, studying the evolutionary bases [of behavior].” Sapolsky says his career has had a number of defining moments, including “the first time I saw baboons in the wild” and when he realized that “glucocorticoids make neurons more vulnerable to all sorts of neurological insults.” During graduate school at Rockefeller University, Sapolsky started writing about science for the lay public. He has penned a number of books since, but his personal favorite is A Primate’s Memoir. “It’s about my three decades of research on baboons,” he says. “And it’s a great reminder of my time spent out in the field.”

In an essay based on his new book Behave, Sapolsky writes about the role of the human brain’s insula in feeling metaphorical disgust. 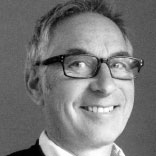 GEORGE RETSECKGeorge Retseck is an artist with a proclivity for science. He has been a freelance illustrator since 1980, after graduating from Kutztown University in Pennsylvania with a degree in communication design. As a child, he always loved art, but was also drawn to science, especially if there was some sort of drawing project involved. His great-grandfather was an artist and a source of inspiration; Retseck recalls his classic painting of a deer in a forest hanging in his aunt’s living room.

Retseck calls himself a “nuts and bolts type of illustrator,” specializing in all things science and technology, and he has been a prolific contributor to Scientific American and Popular Mechanics. He acknowledges that freelancing is not always easy and can be lonely at times, but it has afforded him the freedom to raise a family and to work from campgrounds to coffee shops in Europe. “Wherever I can get an Internet connection,” he says. “That’s been pretty nice.”

Retseck has illustrated The Scientist’s Modus Operandi column since its print debut in July 2011. This award-winning column highlights a newly published scientific method by pairing a description of the technique with an explanatory infographic. Retseck’s art for this month’s article appears here. You can see all of his drawings by clicking on Modus Operandi under “Magazine” in the website’s navigation bar.