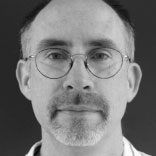 DENISE GEORGEJohn Hines went to Cornell University wanting to become a veterinarian. But after spending a summer in a veterinary clinic, he decided to pursue a research career instead. As an undergrad, Hines was introduced to research in a microbiology lab that focused on metabolic pathways and bacteria. “That convinced me that I was on the right path—I looked forward to going into the lab and tinkering around,” he says. That experience, along with the several months he worked in a pharmacy before finishing college, convinced Hines to focus on pharmacology for his doctoral studies, which he completed at the University of Pennsylvania. In 2001, he became a postdoctoral fellow in Craig Crews’s lab at Yale University, where he is currently positioned as a research scientist studying proteasomes both as therapeutic targets and as basic research tools. 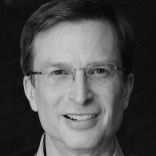 Read their feature about proteasomes here. 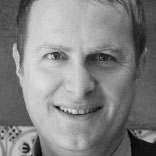 GERMAN SPORT UNIVERSITY COLOGNE While growing up in Wiesbaden, a city in western Germany, Roman Liepelt was fascinated by optical illusions. “I conducted tiny experiments by myself,” he recalls. “Then, in school, I got interested in biology.” This led him to study biology and psychology at Johannes Gutenberg University in Mainz, Germany, where he received his diploma. Liepelt moved to Berlin in 2006 to pursue a doctoral degree in psychology at Humboldt University, investigating multitasking and executive control functions. He then relocated again for his postdoc, this time to the Max Planck Institute for Human Cognitive and Brain Sciences in Leipzig, where he examined the behavioral and neural underpinnings of social perception and action. In 2016, Liepelt became a senior lecturer at the German Sport University in Cologne, where he is currently exploring, among other things, agency perception and body ownership—which, Liepelt says, have a lot in common with the illusions that captivated him as a child. “The principles at work there also involve multisensory integration,” he says. 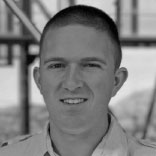 KATRINA USMAN, NEUROSCIENCE RESEARCH AUSTRALIAAs an undergrad at Monash University in Melbourne, Australia, Jack Brooks developed an interest in proprioception. “The most interesting part for me is that, unlike a lot of other senses like vision and touch that have receptors, there’s no obvious receptor that signals things like the length of your limbs,” Brooks says. His curiosity in the topic grew after taking part in a study that was looking at whether muscle damage could impair the sense of position in a limb. Now, Brooks is working on his PhD at Neuroscience Research Australia in Sydney, investigating touch, proprioception, and embodiment. In the future, Brooks hopes to further understand how stable embodiment is maintained as the body changes with age, and how it manages to remain even after substantial neural damage occurs.

In “Understanding Body Ownership and Agency,” Liepelt and Brooks write about how we recognize and control our bodies. 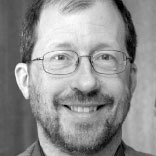 BEN HOLMESBob Holmes studied desert grassland plants for his PhD in evolutionary biology and ecology at the University of Arizona. But by the end of his doctoral studies, Holmes knew he didn’t want to be a researcher. “I used to joke that what I wanted to be when I grew up was a dilettante,” he says. “It took me a few years until I finally realized that was the job description for a journalist.” Holmes began the path to his new career in the science-writing program at the University of California, Santa Cruz. After graduation, he interned at US News & World Report. While there, Holmes connected with an editor at New Scientist, a magazine he’s now been affiliated with for more than 20 years. In an essay based on his first book, Flavor, Holmes explores the science of “our most neglected sense.” “One of the really fascinating things turned out to be that every single person lives in their own unique flavor world, which means that almost certainly we perceive the world differently in terms of odor, and therefore, flavor,” he says.