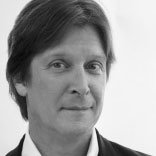 NICK ABADILLIA PHOTOGRAPHYStephen Schoenberger was born in Los Angeles and was a musician before he became a scientist. After completing a bachelor’s in microbiology and molecular genetics and a PhD in structural molecular biology at the University of California, Los Angeles, Schoenberger did a postdoctoral fellowship in immunohematology at Leiden University Medical Center. “This was in the 90s, and for the first time . . . we could vaccinate against cancer and really understand the target that was being recognized,” he recalls. “And that was a very exciting area that I wanted to know more about.” Schoenberger moved back to California after his postdoc to become a professor at the La Jolla Institute for Allergy and Immunology in San Diego, where he his lab currently investigates T-cell pathways and precision immunotherapies for cancer. “I want to be able to help develop therapies for cancer patients that are based on... 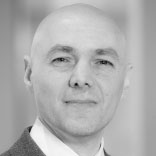 LLUVIA HIGUERAEzra Cohen, the son of two physicians, grew up in Toronto. After completing his MD at the University of Toronto, Cohen decided to become a “small-town doc.” “I came through medical school dreaming of doing everything—emergency rooms, obstetrics, small surgeries,” Cohen recalls. Once he finished his residency, he moved to Orillia, a town of around 30,000 people just north of Toronto, and started a family practice. But Cohen soon realized he wanted to practice oncology instead. “I ended up getting interested in cancer and began to ask questions like: Why did this person get this particular type of cancer, and why did they respond to specific therapies?” To pursue his new passion, he moved to New York in 1996 to do a residency in internal medicine at the Long Island Jewish Medical Center. He followed this with an oncology fellowship at the University of Chicago, where he eventually joined the faculty, started a research lab, and directed the Head and Neck Cancer Program. In 2014, Cohen joined the faculty at the University of California, San Diego, where he helped build a cancer immunotherapy program. “I realized what they were doing in San Diego could make a large impact in the field,” Cohen says.

Read their feature about the immunotherapeutic promise of targeting neoantigens here. 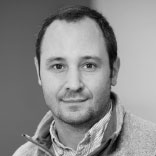 FOUNDATION MEDICINEDavid Fabrizio, a Boston-area native, was drawn to the biological sciences from an early age. Fabrizio’s mother died from breast cancer when he was a teenager, and “it was that experience that drew me toward the biology and medical community,” he recalls. As an undergrad at the University of Vermont, Fabrizio focused on biological sciences and molecular genetics, and completed a thesis on HIV pathways. “[It] was a watershed moment for me, being able to work in a lab, getting hands-on knowledge, and seeing how science actually worked on the bench,” he remembers. After completing his bachelor’s, Fabrizio worked in a Harvard Medical School lab for two years before being offered a job at a biotech startup, Adnexus Therapeutics, in 2004. There, Fabrizio worked on a variety of preclinical drug-development projects, including checkpoint inhibitor immunotherapies. “Working on these drugs at the preclinical level, seeing them advance on into the clinic, and knowing the effect they were having on a subset of patients was really quite profound for me,” he says. In 2013, Fabrizio joined another startup, AbVitro, where he focused on next-generation sequencing and neoantigen discovery. Two years later, he joined Foundation Medicine, where he currently leads the Cancer Immunotherapy group.

In a Critic at Large (here), Fabrizio urges the development of better biomarkers to guide the personalization of cancer immunotherapies. 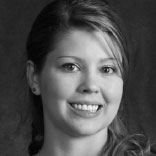 CAMERON UNIVERSITYWhile growing up in Orlando, Florida, Wendy Whitman Cobb regularly witnessed space shuttle launches. “That was a big influence on me as I got into political science,” Whitman Cobb recalls. Although she had begun her undergraduate education at the University of Central Florida as a theatre major, Whitman Cobb decided to switch to political science once she discovered the school offered courses in space policy and history. She completed a PhD in political science at the University of Florida and based her first book, Unbroken Government: Success and the Illusion of Failure in Policymaking, on her doctoral dissertation. Whitman Cobb shifted her focus from space to health policy for her latest book, The Politics of Cancer: Malignant Indifference. “The most immediate influence for my most recent book was the fact that my dad is a cancer survivor and is currently being treated for it,” says Whitman Cobb, now an assistant professor of political science at Cameron University in Lawton, Oklahoma. “I like looking at the things that people don’t expect for politics to be involved in [but] are enmeshed in how we live our everyday lives,” she says.

Her Reading Frames essay on the politics of cancer research and treatment can be found here.