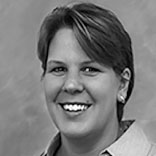 IOWA STATE UNIVERSITY, DEPARTMENT OF KINESIOLOGY, COLLEGE OF HUMAN SCIENCES COMMUNICATIONS DEPARTMENTElizabeth Stegemöller began piano lessons at age five and played the French horn in her middle school band as well as in high school, where she also sang in the choir. She had no plans to become a musician, however. Instead, she left for college at the University of Missouri wanting to become a physician, but changed her mind once she started taking courses. “It just wasn’t the right fit for me,” she recalls. She declared a major in biology, but after a good friend introduced her to the concept of music therapy, she decided to add it as a second major. “I didn’t like to perform all that much, so using [music] to help other people was right in line with what I thought was most interesting,” she says. After spending several years as a music therapist,... 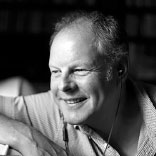 MARTA IWANEKTim Falconer has been a journalist since 1983, and started off writing about computers for a magazine called InfoAge. He became a freelancer in 1985 and in 2001 published his first book, Watchdogs and Gadflies: Activism from Marginal to Mainstream, which was about political activism in Canada. He studied mining engineering and English literature at McGill University, and journalism at Carleton University. Falconer is passionate about music, but has never been able to be a musician. “I always thought I was tone deaf, but I didn’t know what that meant,” he says. He found out in 2011, after visiting an auditory neuroscience lab at the University of Montreal. “After my second singing lesson, I went down to Isabelle Peretz’s lab in Montreal and she gave me the bad news that I was amusic,” he recalls. Unlike most others with his condition, an inability to process pitch that is commonly known as tone deafness, Falconer loves music.  In “How Bad Singing Landed Me in an MRI Machine,” he writes about his experience and the science behind amusia. 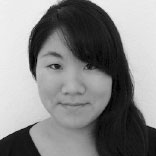 GREGOR ELSHOLZIn high school in Toronto, Ontario, Diana Kwon took all the basic sciences—chemistry, physics, and biology—and headed off to undergrad at Queen’s University in Kingston with the intent of studying to become a doctor. “I realized I liked science itself more than the medical side of it,” she recalls, and she changed her focus to research. At Queen’s, she worked with human volunteers, studying their decision-making behavior. In 2012, Kwon enrolled as a master’s student at McGill University in Montreal, where she used functional MRI scans to study how episodic memory changes as people age. But again, she found herself on the wrong path. “Most of my time was spent doing statistical analyses, going through massive data sets,” she recalls. “It was not fun for me.” As Kwon began to think about science journalism as a possible career, she started writing for a student blog, then the McGill newspaper. In 2015, she interned at Fermilab, writing about particle physics, and then at Scientific American MIND. Last year, Kwon moved to Berlin and worked as a full-time freelancer for a year before choosing to join The Scientist as an intern. “I felt like I needed more experience,” she says. “The Scientist offered something different, where I could write about all types of life science and continue to hone my skills.”

You can read Kwon’s contributions to the March issue in the Notebook (here) and Literature (here and here) sections.