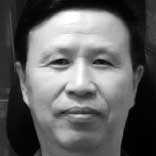 Ning Wang is a professor of biomechanics at the University of Illinois at Urbana-Champaign. Wang started off as a mechanical engineering major in the late ’70s at Huazhong University of Science and Technology in China. But after listening to a lecture on the possible role of mechanical properties in soft tissue physiology, a new and unexplored idea at the time, he decided to pursue biomechanics. “I was intrigued by that idea of describing living tissues with mechanics,” he says. After earning a master’s in biomechanics and an ScD in physiology, Wang worked as a postdoc under Harvard’s Donald Ingber, an early proponent of the notion that mechanical tension governs the structure and behavior of cells. In Ingber’s lab in 1993, Wang provided the first evidence that integrins mediate mechanical signaling in cells, a discovery now recognized as foundational to mechanobiology. Since then, Wang has continued to characterize cellular mechanosensing...

Wang delves deep into the past, present, and future of the field in “May the Force Be with You.” 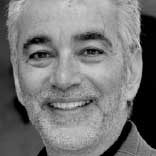 “I’ve always been into natural history, especially some of the more macabre aspects of it,” Bill Schutt admits. The author of Cannibalism: A Perfectly Natural History, and Dark Banquet: Blood and the Curious Lives of Blood-Feeding Creatures, Schutt teaches anatomy and zoology at Long Island University–Post and is a research associate in residence at the American Museum of Natural History. Schutt completed a PhD in zoology at Cornell University studying vampire bats, and his interest in the blood-feeders became the inspiration for Dark Banquet, his first book, published in 2008. “I like to take subjects that people are grossed out by and turn them around,” Schutt says, “so people realize these are natural occurrences” and that “it’s not all sensationalism.” Schutt now divides his time between writing and teaching. Currently, he is working on The Himalayan Codex, a sequel to his 2016 novel Hell’s Gate, a World War II thriller set in the Brazilian wilderness, the plot of which drew heavily upon Schutt’s familiarity with zoology’s more lurid side.

Schutt explains why eating one’s own is a regular part of nature (here), and in his book Cannibalism: A Perfectly Natural History, published this month.

A number of February authors are past contributors to the pages of The Scientist. Sandeep Ravindran (“What Sensory Receptors Do Outside of Sense Organs,” September 2016) writes about novel drug-discovery methods that depend on activating silent gene clusters (here). A Notebook by David R. Smith describes a parasitic plant that adroitly pilfers mitochondrial genes from its host (here); earlier contributions from Smith include four opinions (here, here, here, and here) and a January 2013 feature “Steal My Sunshine.” Wolf Frommer contributes his third opinion piece, “An Ethical Code for Conferences,” which first appeared online on December 2, 2016. His other two can be accessed here and here.