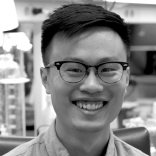 COURTESY OF ELLEN YUBorn in Milwaukee, Dan Lin went to high school in a suburb of Chicago before he glimpsed his future scientific career at Washington University in St. Louis. A summer research project and a stint in a lab during his sophomore year oriented his interests toward research, which grew into a definitive focus on structural biology. Lin earned his degree in biomedical engineering, with extra study in biochemistry, graduating in 2011. As he was interviewing for graduate schools, André Hoelz was just setting up his lab at Caltech, and Lin felt it was the right fit. The nuclear pore complex is “just an amazing structural biology problem,” Lin says, and a field steeped in questions that a young biologist could make his name answering. Progress in resolving the enormous structure has been staggeringly fast in Lin’s few years, “beyond our wildest expectations,” he says. Next year, he’ll... 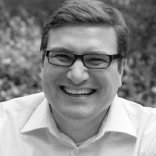 CALIFORNIA INSTITUTE OF TECHNOLOGYAndré Hoelz studied chemistry as an undergraduate at the University of Freiburg in Germany, and he wanted to apply this groundwork to biomedical research. “If you wanted to broaden your research interests . . . that was not easy to do in Germany,” he says, but many more opportunities existed in the U.S. He came to Rockefeller University in 1997 to study the structure and function of protein kinases, working in the labs of John Kuriyan and Nobel Laureate Günter Blobel. Hoelz earned his PhD in 2004 and began to pursue an atomic model of the nuclear pore complex as a postdoc in Blobel’s lab. He continued this ambitious work as a research associate and then as a research assistant professor, spending a total of 14 years at Rockefeller. Hoelz now runs his own lab at Caltech, where he continues to pursue not just the atomic structure of the nuclear pore, but the functional interactions of its many parts.

Lin and Hoelz offer a rundown of what’s known and what remains to be solved about the nuclear pore complex in “Nuclear Pores Come into Sharper Focus.” 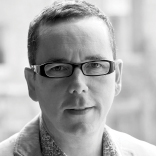 COURTESY OF ANTHONY MORGANJohn Parrington first began writing about science during a media fellowship at The Times, where he leveraged his scientific background to pen stories about the latest advances in research. While there, he started researching the Human Genome Project and later wrote a book on the subject. His interests shifted then to a related topic: advances in genome editing, which became the subject of his second book, published this October. When he is not writing, Parrington studies the signaling pathways involved in egg cell activation and other key physiological events at the University of Oxford. Parrington arrived at the university in 2002 following a string of research fellowships that focused on the molecular mechanisms of fertilization. His next writing project will be a book exploring the science of human consciousness. “It’s those big themes I seem to like,” he reflects.

Read Parrington’s essay based on Redesigning Life: How Genome Editing Will Transform the World. 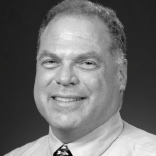 QUEST DIAGNOSTICSCharles Strom is vice president of genetics and genomics at the Quest Diagnostics Nichols Institute in San Juan Capistrano, California, where he leads research into genetic tests for developmental disorders, including Down syndrome and Fragile X syndrome. He took his current position in 2002, before which he was both a practicing pediatrician and a researcher in the field of genetics. “My goal my whole life has been to apply state-of-the-art genetic techniques to help my patients,” Strom says, with the particular goal of improving the accuracy of genetic testing while reducing its cost. He earned a PhD in biology and a medical degree from the University of Chicago, and has held faculty positions at Rush Medical College, University of Chicago, and University of California, San Diego, where he is now an assistant clinical professor. In recent years, he has begun research into cancer detection using next-generation sequencing and large-scale clinical databases.

Strom addresses the shortcomings and potential of clinical genetic databases in “Not All Genetic Databases Are Equal.”